The Wolf Among Us: Episode 1 – Faith (Xbox 360) Review – Who Says Fairytales are for Kids?

If ever a review should be started with the words ‘Once upon a time’ this one would be it. The team at Telltale Games, the undisputed masters of interactive storytelling, are at it again. Their signature style that was showcased in the critically well-received, not to mention award winning, The Walking Dead series is back with episode 1, “Faith”, of ‘The Wolf Among Us’. Using a very highly regarded comic book series as their back drop once again we venture into the world of the DC Comics/Vertigo series Fables. For those of you not in the know the Fables series takes our most beloved fairy tale characters and places them in our modern world, albeit hidden from our sight, and focuses on their struggles trying to adapt. It’s a fantastic series in its own rights and its adaptation here is extremely well done.

Classifying this adventure as a game seems almost silly. There are some quick time events and a little bit of investigative action but as a whole you’re taken on a choose-your-own-adventure storytelling thrill ride. Highly stylized in its presentation the player is put into the role of the Big Bad Wolf himself. After the exile from their Homelands he tries to clean up his image as Bigby Wolf, the sheriff of Fabletown. What follows is a well-acted and absolutely gorgeous to watch film-noir style mystery into the seedy underbelly of Fabletown, its denizens and its daily struggle to keep everything together. Aside from a very select few the exile has not been kind to most of the characters we know and love. Their ‘happily ever afters’ have long since been forgotten and what’s left is dark and gritty characters pushed to the brink of survival. Who would have thought that the hero of Red Riding Hood would be a foul mouthed woman beater who strolls Fabletown for hookers? I know I never would have and The Woodsman is just one example of a great hero’s fall from grace that you’ll encounter here. This treatment sinks its hooks into you and doesn’t let go and is easily one of the best things about the story as a whole. To be quite frank, as much as I’d like to give some commentary on the opening episode’s plot it really would take away from the enjoyment of watching it unfold for yourself. It’s crafted so well that taking even a single piece of the pie and handing it to you on a plate would take away from the impact you’ll feel discovering it on your own. 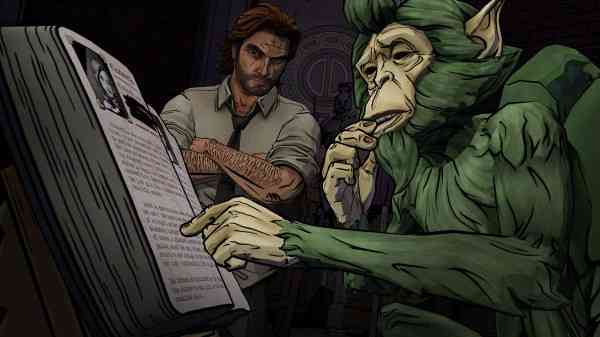 Much like Telltale’s previous effort there is a significant amount of attention paid to making choices. Choices you make in game will have serious impact on how the story progresses and what options you’ll have available to you in future episodes. Putting the player in the shoes of the former Big Bad Wolf makes for fantastic dilemmas in choice too as Bigby struggles with leaving his past behind him and shining in a new light or giving into his more primal and violent nature. As with The Walking Dead the player will undoubtedly struggle with these choices, often with little time to make them, and at times leave a situation a little discomforted or worried about what they have decided. Players will become accustomed to second guessing the decisions they’ve made along the way. Due to the compelling story telling and character presentation you’ll come to have genuine emotions towards everyone you encounter so choosing one over the other can be difficult. This, of course, is what makes’ The Wolf Among Us’ so great. It gives you emotional investment, meaningful impact and moral struggles in one tiny little package and it sticks with you.

When you are thrown into action in a fighting sequence you’ll be surprised at just how much fun you can have with choreographed quick time events. The scenes themselves are brutal and quite gory with Bigby dodging attacks all while using his environment to his advantage. They are remarkably satisfying to get through but you’ll have to be quick on your feet to trigger your attacks or else you’ll face the wrath of your opponent. Overall a small portion of the experience it is well done and exhilarating to play through. 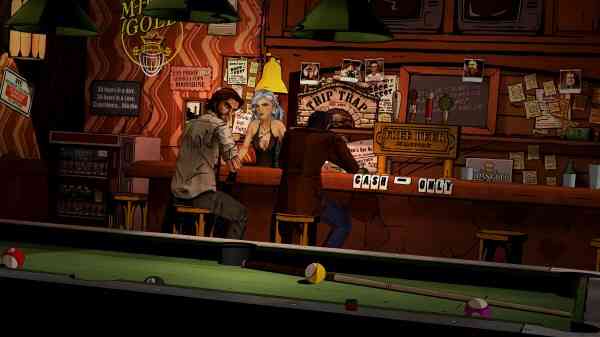 The twists and turns of the story are going to be what keeps the player coming back but I’d be remiss to not mention the stunning presentation of this title. It is a gorgeous comic book come to life with bright colours and vividly created characters. When you add in the superior voiceover work you’re left with a masterfully designed piece of art that will have the player begging for more. In true Telltale fashion episode 1 closes with a cliff hanger and reveal that will put the player on the edge of their seat with a plethora of unanswered questions tumbling through their heads.

Call ‘The Wolf Among Us’ what you will; a game, an interactive story, it doesn’t matter. It is an absolutely gripping love letter to comic book nerds everywhere. From the opening scene to the end credits ‘Faith’ will have you firmly held in its clutches. When it all wraps up you’ll be impatiently watching the calendar for the release of ‘Smoke & Mirrors’. Telltale Games clearly has another hit on its hands and I cannot wait to see how this story unfolds… or more appropriately how I choose to unfold it.

Next Pokémon X & Y (3DS) Review – Pikachu and Co. Make the Jump to the 3DS in Fine Form
Previous Skylanders SWAP Force (Wii U) Review – A Franchise that Continues to be so Much Fun.