If you’ve played the previous four episodes of Telltale’s fantastic ‘The Wolf Among Us’ you know that there’s a big storm brewing for its finale ‘Cry Wolf’. Bigby Wolf is now face-to-face with the Crooked Man and his group of hired thugs. On the brink of solving the case of who’s responsible for murdering Faith and Lily the fade to black at the end of episode 4 ‘In Sheep’s Clothing’ had me on the edge of my seat. The finale doesn’t disappoint as Telltale wraps up season one while setting up a nice little cliffhanger for season two.

As always I have to assume that if you’re looking at a review for episode 5 that you’ve played previous episodes. I always do my best to remain spoiler free but you’ve been warned! ‘Cry Wolf’ sees the investigation of Fabletown’s murdered prostitutes come to its conclusion and it draws closed with one hell of a bang. In the interest of keeping things a surprise I’ll say that a lot of what you thought you knew gets twist turned upside down and Telltale keeps you on your toes until the very last scene of the game. 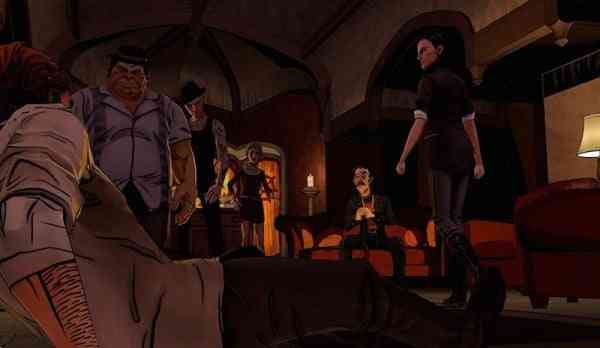 If I were to give the makers of ‘The Wolf Among Us’ kudos for anything it would be the fantastic pacing of this series. Especially so in this final episode but on the whole they kept up the standard through all five of them. As is with any finale, whether it be a game or a TV show, there are a lot of plot points to clear up and ‘Wolf’ does a good job of making sure there aren’t any frayed edges for us to chew on.

More so in this episode than the other four you’ll also get to see Bigby at his worst… or as I thought, his absolute best. No matter how hard you might have tried to navigate the story thus far as a good guy you’ll have no choice but to break out the Big Bad Wolf as Bigby faces more bad guys than ever before. Still, as the story winds down you’ll find that there’s a lot more going on in Fabletown than just hard-headed violence. The story touches on a lot of more poignant issues such as justice, forgiveness, crime and punishment and the player really feels that the choices they’ve made from the beginning are moulding how the conversation goes.

In that respect I have to hand it to Telltale as well; I really felt as if the relationships I forged, or destroyed, mattered in the end. I knew I wasn’t able to make everyone happy but still had a sense of accomplishment that I carried out my duties as Sheriff of Fabletown to the best of my abilities. In true Telltale fashion when everything is all said and done most players will feel as if they have some good friends or bitter enemies for the move on to season two.  In retrospect I can see how different things could have turned out if I had made different choices throughout the course of the game. I can’t wait to go back in and turn my investigation on its head by making all these other choices just to see how it all plays out in the end. 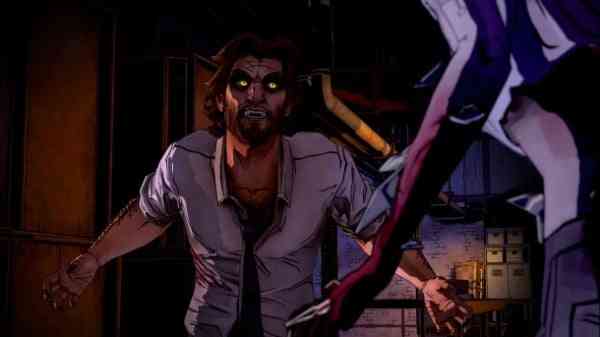 Telltale wraps up season one of ‘The Wolf Among Us’ and the story of Fabletown and its denizens in spectacular fashion. More than they ever managed, even with ‘The Walking Dead’ in my opinion, I feel as if I know and care about many of the characters I was introduced to. Even the ones with a rougher exterior than most have enough depth to make you see past the dirt and grime to the real person beneath it all. For that reason I’m extremely optimistic about season two and how all these relationships play out.

I can’t say enough good things about ‘The Wolf Among Us’ as a whole. The entire series has been a joy right from the start with smart writing, engaging characters and some painstakingly hard decision making. While investigation takes a bit of a backseat to a more action oriented thrill ride in ‘Cry Wolf’ I can’t think of a better way for this season to have ended off. If you’re debating whether or not to experience ‘The Wolf Among Us’ for yourself I’d recommend that you stop reading right now and just play. You won’t regret it.