The Walking Dead: Season Two – A Telltale Games Series Review – Rick and Daryl Got Nothing on Clem!

With a video game, a TV show, and a comic book, The Walking Dead has become a rather huge world and has garnered an enormous audience. I’m personally a fan of all three forms of media, though the comics remain my favorite iteration. Admittedly when the game’s first season was released by Telltale, I was interested but didn’t have high hopes. An interactive story filled with quick time events didn’t sound promising, but I was quickly won over after helping Lee escape his first zombie encounter. I eagerly awaited each episode’s release, and was always left hungry for more. The second season not only meets the same standards as the first but surpasses them as well.

Even though it wrapped up on PS3 and 360 in August, I’ll try to leave out as many spoilers as possible. This time around you’re playing as Clementine, the little girl from season one. Things have gone from bad to worse, and she quickly finds herself in need of help. I have to say that playing as a little girl instead of a grown man makes a huge difference. All of my choices were influenced by this. I found myself wanting to be honest, but still make the decisions I thought a little girl would make. Everything just plays out differently this time around and in a good way.

The story itself was fantastic, with the main difference of course being that you control Clem. With danger around every corner, I was certainly more cautious with my actions and decisions. This little girl has seen one hell of a lot though and is tough as nails. It’s sort of funny how the other characters always just expect her, a little girl, to do everything from gathering supplies to scouting ahead. Of course it makes sense from a gameplay point of view, and the writers were able to slip in a couple comments to poke fun at this. 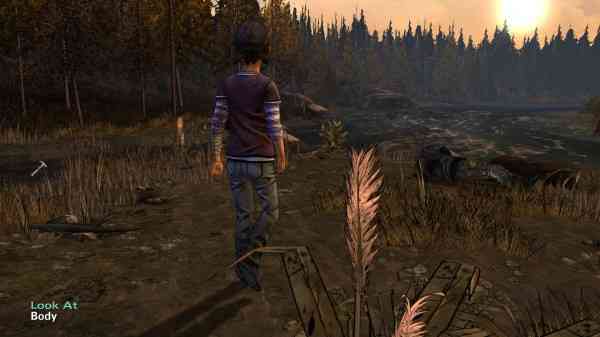 Without spoiling anything, I will say that you meet a character a little later on that is very similar to a character from the show. The resemblance is so striking that I first thought that it was the same person until I learned their name. I’m not exactly sure how I feel about this. I really liked my new companion, and figured I could learn a lot from my mentor. However, how many more characters will simply parallel those from the show? Possibly my favorite thing about Telltale’s creation is that it’s not in line with the show and comics. It’s about a totally different set of people, and so I never feel slighted when playing. I watch the show and think “No, that’s not what happens here” or “That’s not something I think Rick would do”, whereas with this series I’m on a brand new adventure with a whole new cast. It’s refreshing.

As for differences or advancements, there wasn’t anything particularly new this time around. It did feel like there was a bit more action and a little less walking around searching environments, but it’s also been over a year since I played through the first season. The structure is still essentially the same as well: make choices, walk around and look for stuff, make more choices while stuff happens, quick time events. I’d like to point out that this is way more fun than at sounds, at least if you enjoy a very well written story and dialogue. I actually liked all of the NPCs this time around and had trouble making decisions because in the end, you just can’t please everyone. Sometimes there just isn’t a right answer.

My biggest complaint is easily the load times between camera angles. The game seems to hiccough when changing shots and you’d think that this would be fixed on the PS4. It’s a minor annoyance but with the hardware available it shouldn’t be an issue. Aside from this, I still have a bit of a problem with the time given to make decisions. I understand that the developers want to keep a constant and realistic flow to the conversations and scenes, but every so often the character I’d be talking with would add an extra line or two of dialogue just before my timer ran out that really changed how I felt about the entire situation, forcing me to panic because my timer was almost out. Realistically, I’d have paused for even just taken a couple extra seconds to mull the situation over in my head before giving my companion a response. People have awkward silences, people say umm and think before they speak. I don’t think giving just a few extra seconds to choose your response would be a bad thing. 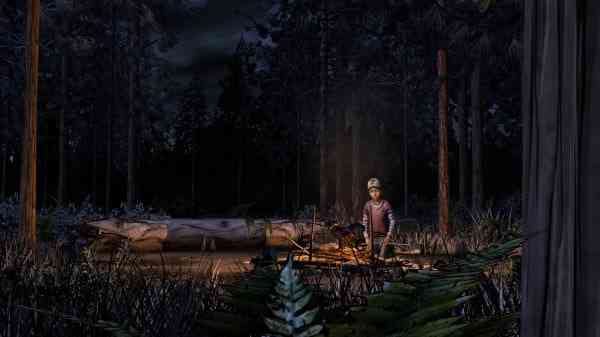 Really though, the dialogue is well done. Aside from a few times where I felt like my choice should have come out a little differently tone-wise, it really is spot on. People always underestimate just how much work goes into a game with branching dialogue, especially one as diverse as The Walking Dead. You will feel your choices, for better or for worse, and they will have an impact you probably didn’t foresee. Every time I made a decision, I knew it was a gamble in some way. You can’t save everybody. As always in this terrifying universe, death tends to be inevitable.

So for what it is, this game is great. I would highly recommend both the first and sedond season if you enjoy The Walking Dead, or if you just really liked some of the older point and click adventure games like Grim Fandango or Sam and Max. A bit more polish in some areas for the PS4 would have really helped sell this version, but for those of us who don’t have a last-gen console anymore it’s great to see the series arriving on the new platforms. Keep ’em coming Telltale. In the meantime, I’ll stay hungry.

Next Dungeon of the Endless Review – Fun Despite Being Far Too Familiar
Previous Sunset Overdrive Review – Welcome to the Green Team Insomniac, We’re Glad You’re Here