Falling into a world of mystery you find yourself in the shoes of Ana Eberling on her sixteenth birthday receiving an odd gift from her mother; one that was left by her long lost father. With the gift in hand you are free to explore and to find out what exactly this gift is in this fairly simple point-and-click adventure.

“….everything really opens up into a great story about grief, letting go, risks, and how every action has a reaction.”

The story in The Perils of Man is fantastic and pushes you to keep playing to figure out exactly what is happening. With this mystery gift, and the unknown whereabouts of your father, there is a good puzzle to solve at the beginning. Thinking this was going to be a simple mystery I originally didn’t think that the story would be too compelling. After finding out what the gift is though, everything really opened up into a great story about grief, letting go, risks, and how every action has a reaction. That being said, I would have liked to see the decisions you make affect the over-arcing story allowing different variations with each play through. The lack of real choices means there is no value in going back and re-playing the game after playing through it once. 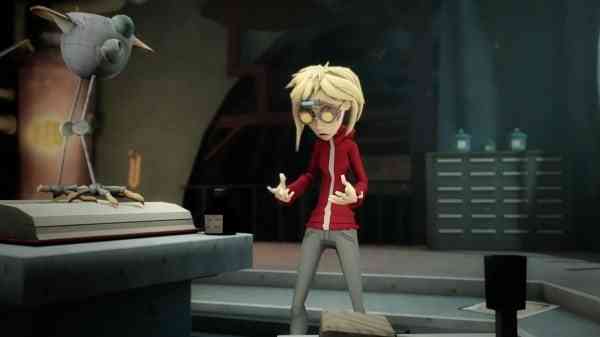 An easy to use inventory interface and good hints throughout the environments, and story, make solving puzzles quite simple. The majority of the puzzles are pretty straight forward, but sometimes they can require a little bit of critical thinking. If you became stuck there is a hint mechanic that can be activated in the inventory screen. This hint mechanic is useful at times; however, in every different environment there is an order of hints that Ana will say regardless of what part of the puzzle you are currently on. I found this to be a bit frustrating at times because I would sit through her saying six to seven hints before I got the hint I needed, and if I clicked too fast I would skip over the hint and still be stuck. Furthermore, once you exhaust the hints she says the same thing over and over: “I’m out of ideas.” So make sure to go slow, don’t rush, and listen to the hints if you are stuck.

Another hint mechanic in the game were a pair of strange goggles you acquire called “Risk Atlas”. These goggles are directly tied into the story, but they are used in an interesting way. When you click on the icon to use them you shift into a first person perspective and get to look around the room. Certain items will then become red and glow; this is how you know what has to be solved in that particular room. I found this to be a wonderful mechanic because I always knew what to be solve and I enjoyed how it brilliantly ties into the story.

With great backgrounds and neat looking characters the art style contains elements of steampunk and suits the vibe of the story. All the character models are a bit jagged and rough, but this allows them to stick out from the backgrounds that have a softer painted look. With each area you enter there isn’t a lot of detail in them but the feeling of the environment is still well received. Although there isn’t much fine detail throughout overall the game does benefit from the experience of the puzzles, especially if you are playing on the iPad. 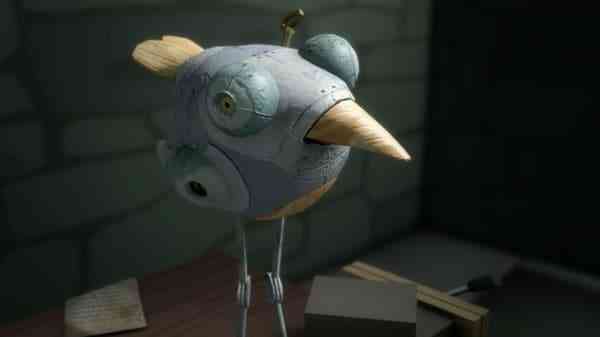 From the beginning to end the audio components of The Perils of Man were solid. There wasn’t a time where the audio brought me out of the game experience. All the sound effects and music support the story, vibe, and actions of the game. The voice acting isn’t anything to praise but it manages to get the job done, although I was a little surprised when I found out Ana was Swedish as I thought she was British for about a quarter of the game. Technically speaking, there was a bug where the audio played when it wasn’t suppose to; getting a little annoying at times as it slows the gameplay flow. I learned to ensure the curser was directly over the inventory icon otherwise the audio would fire but the inventory screen would not appear.

“If you haven’t played many point-and-click adventures and want to start, or you want to rekindle your love of this genre, then The Perils of Man would be the game to start with.”

Overall, The Perils of Man is a finely constructed game as every element is well thought out and executed. Sure, there are a few bugs with audio, some minor graphical glitches, and a small animation problem causing small annoyances, but they are easy to look past to enjoy the game. If you haven’t played many point-and-click adventures and want to start, or you want to rekindle your love of this genre, then The Perils of Man would be the game to start with. Simple puzzles and a compelling story drive you forward giving off a tremendous experience, which overlooks the short gameplay of about six hours, give or take an hour depending on your skill level.