Telltale Games has impressed once again with their ability to take a universe and mould something of their own out of it. This proven studio keeps knocking these interactive narrative experiences out of the park, with their newest iteration being no exception. Tales from the Borderlands is a well-balanced beast of the classic Borderlands humour you know and love mixed with a more driven story and dialogue. What’s more impressive is that Telltale has made a game that still feels like Borderlands, but without all the guns. I didn’t even think that was possible.

The game plays out like other works by Telltale, with players controlling a character who can move around and interact with the environment. As always, expect to make a ton of decisions and help lead the story forward any way you’d like. The events take place shortly after Handsome Jack’s death, with Hyperion lackeys attempting to secure their positions up the ladder. A couple of backstabs later and you find yourself on Pandora, searching for a vault key to save your hide. The writers have done a terrific job at ensuring everything fits in with the universe. Hyperion feels and acts like Hyperion should, with every other aspect following suit as well. 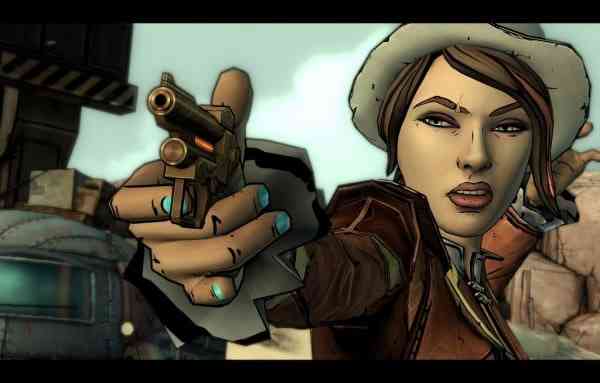 One of my favourite things had to be the level of detail that has gone into this game. Where Borderlands is typically so open, this is the complete opposite. The upside to this is that people were able to spend a ton of time making the world look gorgeous and full. Having always shared a similar art style, I like to think Telltale had a lot of fun with this one because it certainly appears that way. Items have the classic light beam attached to them, the characters are often over the top in all the right ways, and the few guns you lay eyes on look like they could have even been in the original series. The Maliwan SMG in particular that Sasha wields comes to mind. Everything from the elemental bullets to the spinning logo was spot on.

I was excited to play this game because while I love Borderlands, I’m getting sick of it. Each title has a lot of content to play through, and I’ve simply overdone it recently. However it’s not the world or the lore I was getting sick of, it was simply the gameplay. Telltale really pulled me back in but set me on a different path and I loved it. There is a bit of intertwining with the characters from Gearbox’s titles and fans can expect to see some familiar faces, but it’s light enough to certainly keep this contained as its own adventure.

As for how the game feels and plays, there is a solid mix of quick time events, conversation choices, and world exploration. I didn’t ever feel bored or tired of a certain activity and everything was well-paced. This was only the first episode but it still took me roughly three hours to complete, which is pretty consistent with The Walking Dead. There are two new big differences that help TftB stand out a bit actually, the first being that there is more than one protagonist. 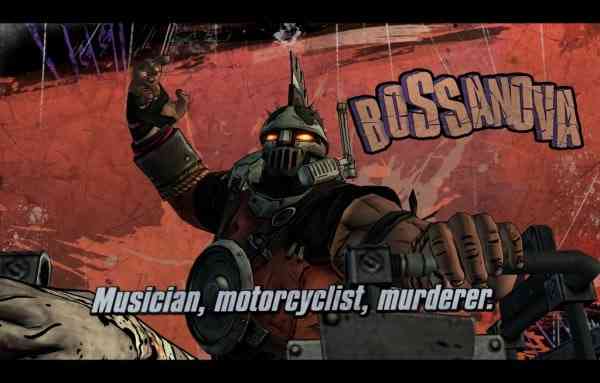 It was a nice change of pace when suddenly I found out that there are two lead roles. There isn’t a huge difference in regards to gameplay, but it was interesting being able to make choices on two sides of a story. I have to note that the UI artists actually did a great job differentiating the two as well, with the dialogue boxes having different art to accompany each character. Little things like this just helps sell me on the idea that yes, I am now this character instead of some overlord manipulating the actions of whomever I want. You still feel connected, and that’s important in a game like this. The other big difference between the two is that the male lead, Rhys, has Hyperion tech on his side. He’s a bit of a cyborg and can use his robotic eye to scan objects like Atlas tech and vault keys. He can also call in company favours, like summoning a loader bot to help crush enemy bandits (which was super fun by the way).

Really the only bad thing I have to say about this game is that for the most part it’s just more of the same. Honestly though, that isn’t always a bad thing! When a company is renowned for making games heavily reliant on story, as long as those stories continue to change and evolve I have no real problem with them not adding a ton of new mechanics. I felt very satisfied with what I got to play here and I’m positive that fans of Telltale’s style will appreciate this game.

I obviously can’t speak for the rest of the season, but I know that I’m sold. I had a lot of fun and plenty of laughs, but I’m also quite intrigued by the story. I actually care about the main characters this time around and can’t wait to find out what happens next. There’s just so much to look forward to when you have great writing, a fun universe, and Telltale’s method of letting you craft your own story. It’s Borderlands choose your own adventure, what could go wrong?

*** Reviewed on PC via a code provided by the publisher ***

Next The Binding of Isaac: Rebirth Review – Who Says Religion and Gaming Don’t Mix?
Previous Lego Batman 3: Beyond Gotham Review – The Dark Knight Goes to the Stars