Steelrising Review – The Souls of Paris

France at the end of the 18th century was a hot mess. Revolution was in the air. So was political oppression, counter-revolution, warring factions, and a desperate desire for change. A little known fact — at least according to Spiders’ new game, Steelrising — is that there was also an army of deadly automatons laying waste to opponents of the King. So, grab a croissant and let’s see if Spiders’ new Soulslike is worth your time.

Steelrising is an action RPG set in an alternative history 18th century France. His power and influence threatened by his country’s new revolutionary spirit, King Louis XVI unleashes a force of wind-up warriors to quell the uprising and restore order. But these machines are more than weaponized grandfather clocks. They come in dozens of deadly varieties, powered by a new and mysterious alchemical process. The residents of Paris not slaughtered by the automatons huddle behind locked doors a la Bloodborne.

You play as Aegis, an automaton created by the engineer Vaucanson to be both Queen Marie Antoinette’s entertainment and later, bodyguard and rescuer. Aegis is more than machine. Unlike her clockwork brethren, she is sentient. Steelrising is part tour of 18th century Paris, and part entertaining alternative history lesson. We get to meet some of the most famous political and scientific figures of the day. Aegis has several tasks. She has to defeat the automatons, find her maker, discover the secret of her sentience, and solve the mystery of how the automaton army was set loose on the people. Oh, and confront the King.

Like FromSoftware’s games, the narrative of Steelrising is both central and, for the impatient, is easily pushed into the background. While facial modeling and animation in the cutscenes isn’t state-of-the-art by any measure, the writing and voice acting are strong and interesting. I never felt compelled to skip them. I enjoyed meeting figures I’d only read about in books, even if the history wasn’t exactly kosher.

The heart of any Soulslike is combat, and here, Steelrising rises far above the legion of FromSoftware-inspired games, while still retaining close ties to Dark Souls and, especially, Bloodborne. Aegis has the expected light and heavy attacks, plus a weapon-specific special attack or ability. While a few of the weapons include the ability to block or parry, Aegis’ origin as a mechanical dancer provides a range of ballet-inspired acrobatic moves and dodges. The weapons themselves fall into familiar Souls and Bloodborne categories. There are heavy hammers, daggers, swords, guns, a deadly metal fan, and many more. All of the weapons can be effective, and of course, some are especially useful depending on the enemy type. Aegis can equip two weapons, plus a selection of consumables like grenades and potions.

Because Steelrising’s narrative and lore is focused on alchemical power, elemental effects are especially important. Both Aegis and enemies can use weapons that deal elemental damage like frost and fire. In combat, there is a meter that tracks the buildup of elemental damage. Since alchemy is at the heart of combat, it’s probably obvious that most enemies are weak to — or immune to — specific elemental effects.

As with most Soulslikes, stamina management is critical. If ignored, Aegis’ gears will overheat, making her essentially immobile until her mechanism cools.

The enemies themselves are inventive and based on clockpunk designs and found objects. They are introduced in typical Soulslike-fashion and become increasingly difficult throughout the game. The challenge for developers is designing non-organic enemies that still have a range of abilities and moves, and by and large Steelrising accomplishes this task. One slightly disappointing area is boss design. The bosses rarely have more than one phase. Their movesets are often limited. That said, the bosses are still fun to fight. 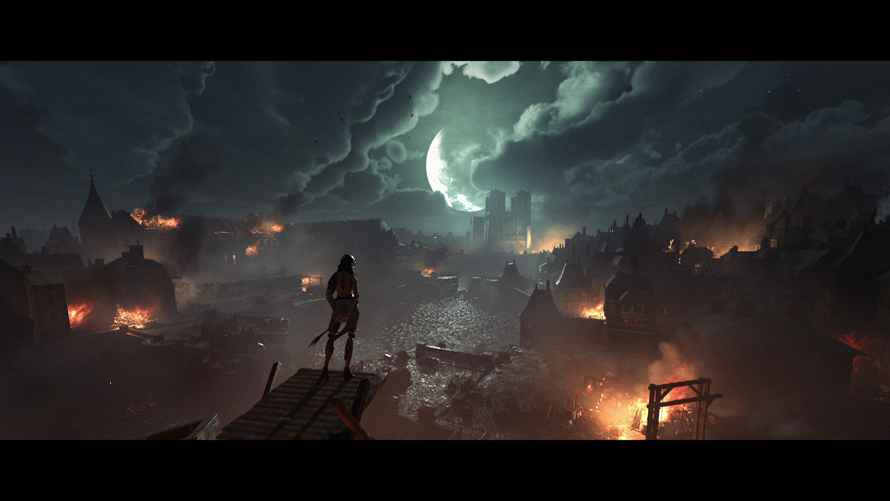 The Mechanics of Machines

Under the hood, Steelrising’s interface and mechanics will be easy for fans of Soulslikes to grasp. Leveling the usual stats like strength, health, stamina, agility and magic power comes from spending the alchemical Anima (i.e. souls) of enemies. Upgrading weapons requires souls plus specific ingots of brass or other metals. There are levels of passive abilities unlocked by finding keys in the world and defeating bosses. Clothing items with varying buffs and defenses come from chests. There’s a bit of “fashion souls” at play but because Aegis is the same clockwork character for everyone — and there’s no multiplayer to show off to — armor is less cosmetically interesting.

Coming fresh from Elden Ring, some players might be disappointed that there are only four starting classes. But they’re just that, early classes to move players through the first few levels. Just as with FromSoftware’s games, characters can be developed and shaped at will, and new weapons don’t come with stat requirements so it’s easy to experiment.

Steelrising has a really smart Accessibility option that I wish all Soulslikes would emulate. Of course, you can play the game without adjustment. You can also dial back enemy strength or the amount of damage you take. You can turn off losing souls at death and make some other adjustments. The tradeoff is that dialing back the difficulty eliminates some achievements. It’s more than just an easy mode, though. Steelrising’s Accessibility options allow the player to shape the experience at a pretty granular level. Not every player wants to bash their head against a boss, trying to “get gud” at the expense of story, exploration and fun. But the challenge is still there for anyone who wants it. 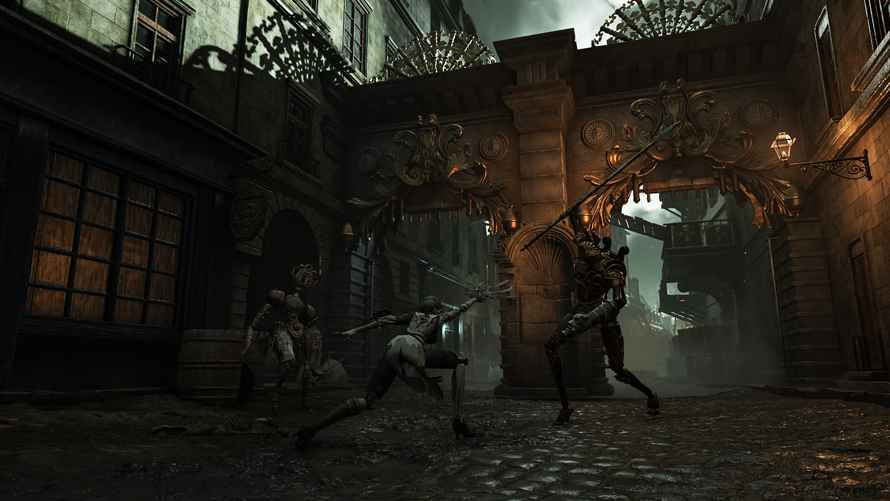 Paris in the late 18th century was a combination of opulence and architectural majesty, contrasted with poverty and slums inherited from the middle ages. Steelrising’s really excellent art and level design illustrate both in equal measure. Famous landmarks are beautifully recreated. Some districts are labyrinths of winding streets. As in the best Souls games, nooks and crannies reveal treasure and there are lots of shortcuts to find and open. There is a compass that generally points the way to mission objectives. It works…pretty well. There were definitely times when I wished there was an actual map of the local area.

As the the game progresses, Aegis becomes increasingly upwardly mobile and can access vertical areas. Thanks to dashes, air dashes, a forceful kick and a grappling hook, Aegis can explore Paris more freely. I wanted to enjoy some of these mechanics more than I did, unfortunately. Occasionally, progress is gated behind platforming that isn’t as tuned as it could be.

After she gets her mechanized coach, Aegis can also fast travel between already unlocked districts. It’s worth revisiting old districts because new abilities mean previously locked areas are now accessible. Not only that, the main campaign or some side missions require it.

At launch, Spiders’ previous game, GreedFall, had some technical issues and lacked polish. The good news is that Steelrising feels much more ready for prime time. Still, I ran into quite a few bugs, characters getting stuck in animations, camera glitches and in one case, the game crashed my PS5 entirely. 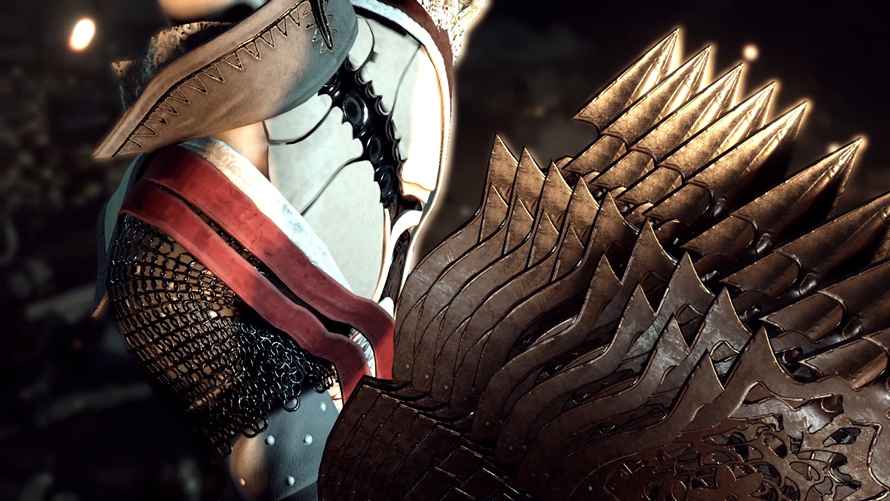 Grab Your Passport and Time Machine

Thanks to its setting, outstanding art, and level design, paired with excellent combat mechanics, Steelrising makes a strong case for itself in a very crowded Soulsborne landscape. Occasional uninspired bosses, sketchy platforming and technical issues only slightly marred the overall experience. Steelrising is a Soulslike from start to finish, but it stands out as a game I actually can’t wait to play through again. 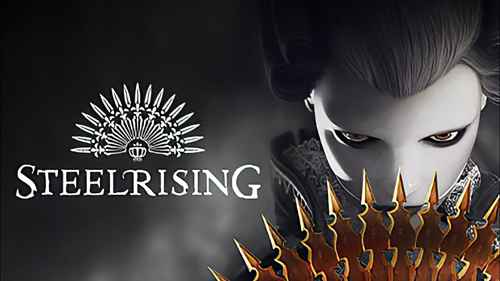