Star Wars: Knights of the Old Republic Review – A Consolation Prize of Sadness

BioWare’s Knights of the Old Republic was released on Xbox and PC in 2003, which makes it approximately five hundred years old in videogame time. While it wasn’t even in the top 10 of best sellers for that year — that honor went to Pokemon Ruby/Sapphire — it was highly reviewed and became a popular and critical favorite, a high watermark for storytelling up to that time, and true classic RPG. It has been ported to both Android, Mac iOS, and now, it makes its way to the Nintendo Switch. Is it worth another playthrough?

So there’s no confusion, this is decidedly not the Knights’ remake, which was announced on September 9, but a straight-up port of the original game, which sadly gives it a bit of a late-to-the-party feel, not helped by pretty painfully dated visuals. But we’ll get to that in a bit. I suspect there is a whole generation of gamers who have heard nothing but praise for Knights of the Old Republic but not actually played it, so I’ll avoid spoilers and the game’s legit surprises.

In short, you play as a Jedi, with the goal of defeating the game’s antagonist Darth Malak, who has unleashed a Sith armada against the Galactic Republic. You begin by choosing one of three classes, customizing a character, and then jumping into the game’s tutorial prologue aboard the Endar Spire, under attack from Malak. You escape, and crash land on the planet of Taris and the game really begins. You talk and fight your way across a half dozen planets spread through the galaxy, while meeting a large cast of interesting and memorable characters, teaming together and making choices that will align you with the light side or the dark side, the consequence of which radically impacts the latter hours of the game. For its time, the game featured a pretty remarkable roster of name actors voicing its characters and an impressively large cast of three hundred characters and over fifteen thousand lines of recorded dialogue. 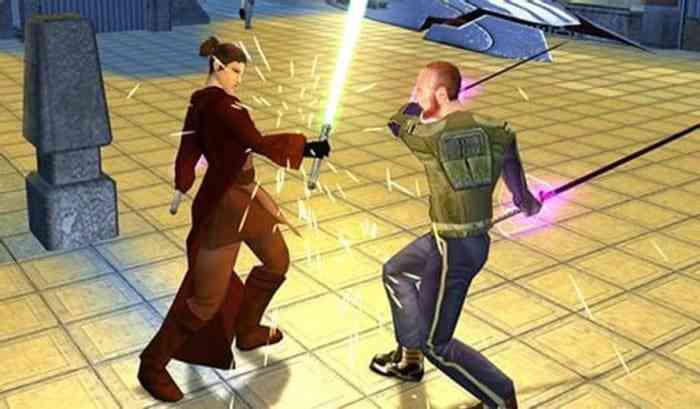 Knights of the Old Republic was one of BioWare’s most notable successes after Baldur’s Gate and its sequel, and it continued to cement the developer’s reputation for well-drawn characters, nuanced stories, and elegant writing. While compared to other games in the early 2000s that is certainly true, but playing KOTOR today one notices the sometimes stilted dialogue and especially, the very unnatural way characters deliver story beats and expository information to the player. The party switching and character development mechanics hold up pretty well. After all, they set a template that in large measure is still in use in CRPGs today.

When Knights of the Old Republic was ported to mobile devices there were a lot of complaints about the game’s awkward controls on touch screens, but of course, that problem does not exist on the Switch. Generally speaking, the game controls well on Nintendo Switch, which is not to say that the controls are perfect. In fact, they feel convoluted and at times overly complex, taking much of the immediacy from the experience, in particular combat. While it might have been impressive in 2003, Knights’ combat feels pretty dated, with relatively primitive animations that clearly show the limits of the technology of the time. Melee combat has no weight or impact and there is very little tactile sense that attacks connect at all. 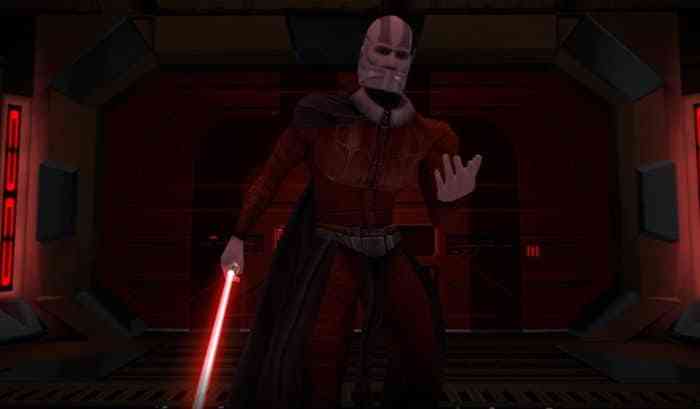 We’ll save the tired conversation about the relative importance of graphics to a game for another day, but there’s no way around how visually unimpressive Knights of the Old Republic now looks in its original form. Although the original Switch is no graphical powerhouse, the game’s low-polygon models, simplistic textures, blocky shadows, and basic lighting look pretty uninspired in 2021. I can’t imagine a gamer raised on the last generation of consoles — not to mention current-gen systems — being anything but disappointed by how it all looks and wondering why the game was a classic. 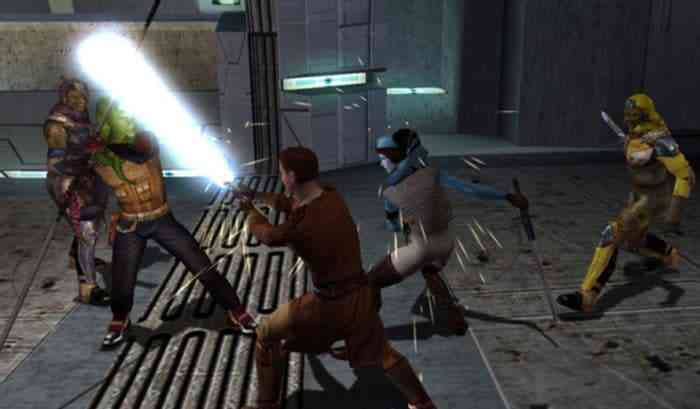 It’s still a good story, though, with an arc and characters that impressed 2003 Star Wars fans and RPG players hungry for more of what they loved best. Mechanically, the moment-to-moment gameplay definitely shows its age and the writing isn’t as strong or nuanced as we might remember it being. There’s a bit of consolation prize sadness around this unadorned, unimproved semi-museum piece coming to Switch, which won’t be seeing Aspyr’s remake when it’s released. Knights of the Old Republic looks and plays like the exceptionally good game it most certainly was in 2003, but it’s hard not to see, hear and feel all the ways in which games have moved on since.

***Switch code provided by the publisher for review*** 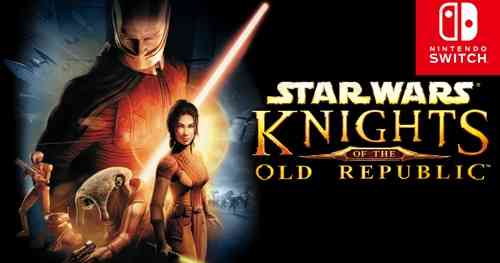 RimWorld Console Edition Will Keep You Busy
Next Battlefield 2042 Review – The Future is Now, Old Man
Previous Treasures of the Aegean Review – Enormous and Packed With Secrets