Ok, wait just a second here. You expect me to play a Splinter Cell game where Sam Fisher isn’t played by Michael Ironside? Yeah, that’s not going to happen.

Those were the immediate thoughts that ran through my head when it was announced that Mr. Ironside felt like he was too old to keep up as Splinter Cell’s main protagonist in Blacklist, the newest game in this storied franchise. In my eyes it was like replacing the lead singer of a well-known band. We know that often times that scenario just doesn’t work out. I mean let’s be serious for a second, who actually likes Sammy Hagar before David Lee Roth? NOBODY, that’s who. Kids, if you don’t know who I’m talking about feel free to fire up Wikipedia. In spite of my initial reaction I’m happy to report that my fears were quite easily laid to rest once I got my hands on the game. I’ll admit that this new Sam Fisher almost made the game feel like a different title for a time but once I got further into the story everything fell right into place regardless of Eric Johnson (the new Sam) delivering what most would say to be a very different version of our hero (or anti-hero if you prefer). 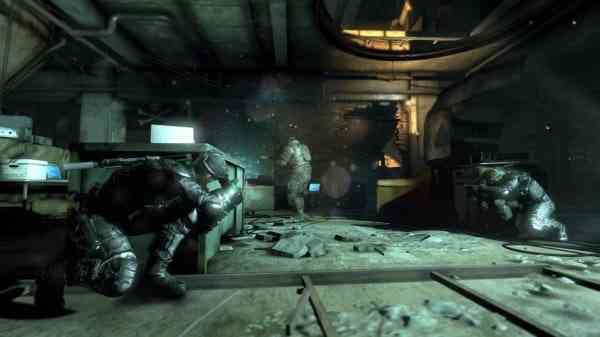 In Blacklist, Sam and his team are out to stop a group of would be terrorists calling themselves the Engineers. They are carrying out a list of attacks on America that they have dubbed the Blacklist and it’s up to you to step into Sam’s shoes and stop them. In a new move for the series your team sets up base in the Paladin, a giant military grade airplane that serves as your headquarters. It’s great in that it gives you a place to talk to your team and is also upgradeable to provide you with better intel on the ground as you advance. My best comparison would be a low rent version of the Normandy in the Mass Effect series. It’s not nearly as in depth but provides a very similar feeling. Without giving too much away in regards to the story I have to admit that some of the tactics used by Fisher and some of the decisions you’re forced to make as a player really blur the lines between being the good guy and essentially being a bit of a goon yourself. I can see why the development team chose to go the direction they did and if anything it’s really reflective of a lot of things we’re seeing in the news currently but I can also say that I was uncomfortable at times with making the decisions I did. I’m a hopeless good guy so choosing torture is never an option for me, even in a game. Yes, I know I’m a pansy, let’s move on.

Aside from your main story missions you have a wealth of side missions available to you courtesy of your companions on board Paladin. There are 4 different groups of side missions each orchestrated by a different companion. One of them is co-op specific while others are solo with a co-op option should you choose it. It’s a great way to play the game with a friend. Add in the metagame ‘Gone Dark’, which is a kind of boring map search game, and the Spies vs Mercs multiplayer game and you have a lot of options for gameplay.

Speaking of Spies vs Mercs it is a 2v2 (Classic) or 4v4 (Blacklist) MP game where you play as either the Spies trying to hack a run of computer terminals or the first-person style Mercs trying to hunt them down. There’s also Extraction mode which tasks the Mercs to capture a briefcase from defending Spies, Team DeathMatch which is about as self-explanatory as it can get, and Uplink Control which has teams take different control points on the map. Each option is fun and there’s no denying that the in-game tension is much more palpable when up against a human opponent rather than a game’s AI. It should provide many more hours on to a game that already gives the player a lot of content to wade through. 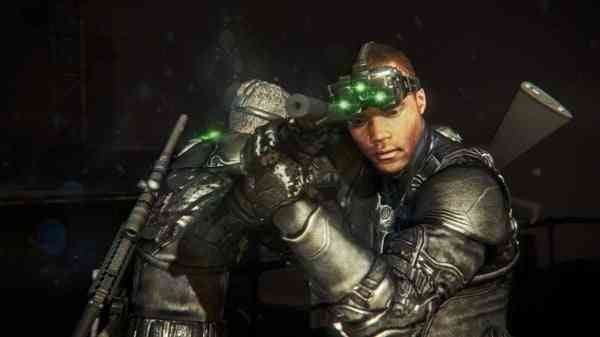 Many Splinter Cell aficionados were quite dismayed at what turned out to be a very action heavy game in Splinter Cell: Conviction. Ubisoft quite clearly heard their pleas and the stealth action that they know and love is back. That being said so is the action driven style of Conviction should you choose to play that way. You can choose to stick to the shadows never leaving a trace that you were even there or barrel in with guns blazing and grenades flying to tear your enemies limb from limb. If the team at Ubisoft were trying to pull off the amazing feat of keeping everyone happy they came very close in their execution.  Depending on how you choose to play through each level you get scored on your play style in three categories: Ghost (non-lethal stealth), Panther (lethal stealth), and Assault (hey look at me I’m killing some motherf*ckers up in here!). Like in many games of this generation that score is of course compared to all of your friends and thus it gives you reason to replay missions in order to beat style scores as well as make speed runs and other fun activities. Personally that type of replay value is huge for me because there’s nothing I love more than sending a message to a friend saying ‘YOU SUCK, I BEAT YOU.’ Of course at your disposal is a laundry list of gadgets that you can purchase and upgrade to help you in your chosen play style as well. I generally prefer to play as a Ghost so sticky shockers and sleeping gas is the order of the day for me. You wanna blow shit up? Frag grenades for the assault guy. Essentially the gamer is being delivered the best sandbox style gameplay that this series has ever seen whether it’s the route you plan, the tools you use, or the tactics you employ.

One thing I’d like to point out, and to me this would be considered a flaw, is that the more Ghost-like you choose to play through a level the higher your cash bonuses are at the end of the level. The game implicitly gives the gamer the choice to purchase tools to go in on assault yet rewards them more for not doing so. If you’re telling a player that they have three options on completion it would seem fairer to reward them equally for all three. Yes, stealth, especially with no kills, is really hard but so is running into a plaza full of pissed off terrorists yelling, screaming and shooting things like you’ve got a stick of dynamite up your ass. In regards to buying upgrades and new tools it would seem as if the Assault style player has their hands full a bit more than the stealth players. Have fun replaying all those missions you murderous bastards! 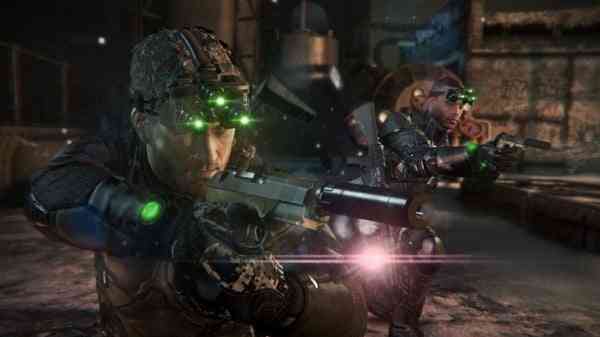 One of the most pleasant things for me in the game is how fluid it plays out. There are quite literally so many options and tools at your disposal that trying to map everything on to a controller could quite easily turn into a muddled mess. Considering that you quite often get yourself into situations where a split second could result in success or death it was nice to be able to execute your plan of attack with relative ease.

After installing the game onto my hard drive along with the longest HD texture pack install I’ve ever encountered it’s easy to say that Blacklist likely pushes the 360 to the brink of its abilities in the visuals department. The levels themselves are stunningly gorgeous and I didn’t encounter much of anything when it comes to clipping or tearing. Sam’s character animations are solid and I can say I never once got bored with watching Sam attack from the darkness and put an unsuspecting bad guy to sleep with various attacks. Sadly I can’t say the same for the bad guys themselves who were rather generic and indistinguishable from one to the other. Admittedly I never played the game before I installed the texture pack so I can’t say whether or not it makes the craziest world of difference to play the game with it or without it. Of course that being said I can’t imagine why someone would choose not to install something that is aimed at making the game prettier right from the start as well. What I did notice was the completely opposite effect when it came to cutscenes in the game. Tearing wasn’t just an occasional issue but a constant distraction in some of them and it really took me out of the scenes.

Splinter Cell: Blacklist is hands down the most ambitious game in the series to date. Ubisoft Toronto made a very bold choice to try and appease fans of every past game we’ve seen and create a ‘Splinter Cell For All’ style game. By and large they’ve succeeded fairly well at their task. Sure there are a few minor hiccups and a little bit of adjusting to our new Sam Fisher but as it stands this is a great, if not one of the best, Splinter Cells we’ve seen.

Next ASUS G750JW Gaming Laptop Review – Who Says You Have to Sacrifice Graphics Performance for Mobility?
Previous Charlie Murder (XBLA) Review – To Hell & Back all the While Kicking some Ass