Having spent a heck of a lot of time playing the Wii U version of Skylanders SWAP Force recently I was somewhat eager to see what would be offered in the 3DS version.  To play a portable version of the game is intriguing to say the least given the premise of SWAP Force…swappable, playable figures that you take control of in the game.  So, how did developer n-Space do in making SWAP Force for the 3DS?  Although not without its faults I would say they did a pretty good job.

For those few of you who have been oblivious to the whole world of Skylanders, the franchise allows you to take toy figures and transport them into the game by putting them on a portal.  Those who are returning to the world of Skylanders can use characters from Spyro’s Adventure or Giants to play as Activision has enabled Skylander fans to use their previous figures in this latest version of the game, 3DS version included.  They have also increased the level cap to 20 this time around too, so there is more reason to play with your favourite figurine/character in this year’s game.  The neat thing about this fact is that if you already have characters there is no need to buy a boatload of new figures in order to fully enjoy the game.  Of note is that the 3DS Starter Pack comes with a new portal (required for the new swappable characters) as well as two swappable characters and one regular character that are different then those found in the home console versions. 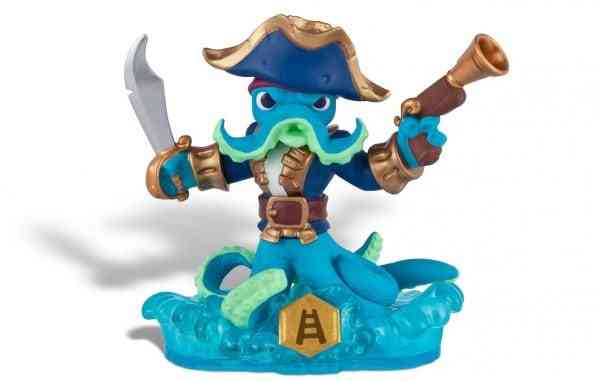 One of the most notable things in regards to the 3DS version of SWAP Force when compared to the home console version is that the story is totally separate.  A new villain by the name of Moneybone has been introduced.  The opening scene of the game has a gold statue being erected in honour of Flynn, a long time hero and friend of the Skylanders, when all of a sudden Moneybone shows up, takes the statue and turns Cali (another friend of the Skylanders) into an undead while kidnapping her.  It’s up to the Skylanders to help Flynn get his statue back and rescue Cali.  In the end the story is not nearly as important as one would hope, but that being said, it was a well-told story with some very comedic moments.  If there is one thing that the 3DS version shares with the home console versions, it is a great sense of humour

In previous Skylander games on the 3DS you were limited to having only two Skylanders in your game at any given time, but in SWAP Force you are now able to put ALL the characters you have into the game via the portal.  This is an IMMENSE change as you don’t have to carry a portal and different figurines around with you.  Kids will love the ability to download all of their favourite characters into the game and change up what characters they use, as well as mix and match the swappable pieces of each swappable character, all using the touchscreen.  This is truly a portable Skylanders game.

SWAP Force on the 3DS is a good combination of platforming and combat.  Of course that Skylanders need for exploration is present and accounted for, as well as the need for collecting, it is just that both of these gameplay components are not on the same scale as the home console games.  You’ll need one Skylander for each element and one Skylander for each SWAP Force ability in order to 100% complete the game, but don’t worry if you don’t as you can go through the whole game with only a few characters. 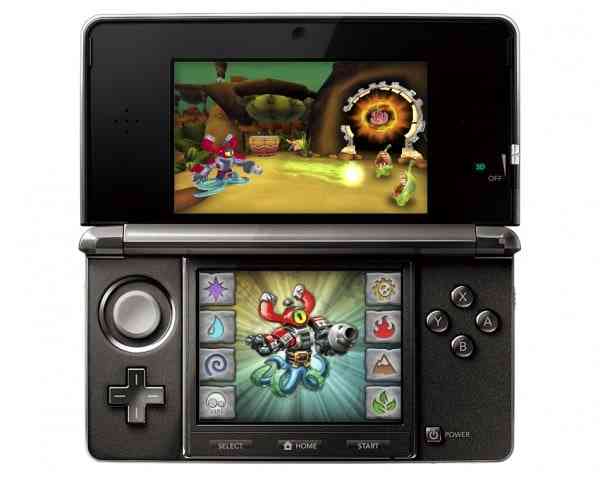 Although everything seems rosy there are a few notable areas that affect the overall execution of this game.  The first one is that levelling up has no connection to collecting and buying skills.  The game converts the gold that you collect into experience points at the end of the level and then applies it to your overall EXP.  As your character’s level progress upward everything associated with each “level-up” is handled automatically by the game and you are awarded skills (e.g. new attacks), strengths and health at various times. This takes the control and choice of what skills you may want to attain away from you as you can’t buy them, which is how the home console version does it.  In the end levelling up may not feel as rewarding given you can’t choose your reward.

Another issue of sorts comes in the form of the game’s length.  As I played I tried to explore all the areas I could, using the various elemental and SWAP Force Skylanders to open up the specific areas on each level.  By doing this I did extend my playtime somewhat, but that being said you’ll find about 5-7 hours of gameplay before you are done.  This is much shorter then the home console version and a bit of a letdown; however, I foresee this not being much of an issue for kids as the addictiveness of levelling up their character will overtake just completing the game.

Finally, SWAP Force on the 3DS is a single player affair only.  There is no way to play cooperatively with another person.  I truly think this is a missed opportunity.  The 3DS’s ability to link up with another 3DS is something that could have been utilized here.  Playing cooperatively with a friend who also owns a 3DS and a copy of the game would be have been great and as it would have kept that team feeling you get when playing with another person on any of the home console versions.  It is worth noting that there is a StreetPass feature where you can play as a character that another person may have on their 3DS that you don’t.  This is far from multiplayer, but it is a pretty neat use of 3DS’s StreetPass functionality. 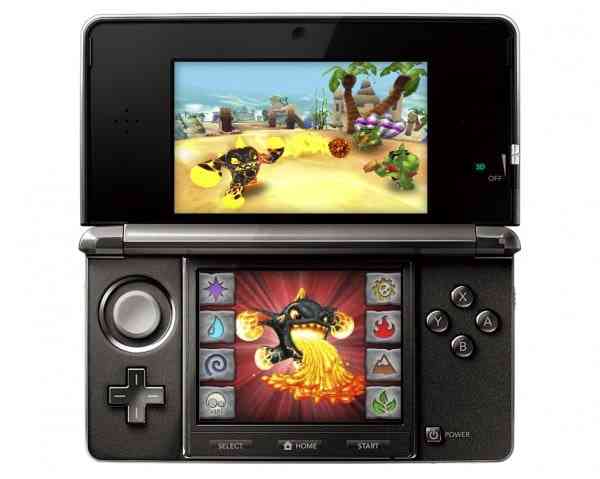 Visually speaking SWAP Force is not a bad looking game, but it’s not a ground breaking one either.  I found the levels to be well designed, and they offered up some variety from one level to the next.  There are some special effects and lighting, but you need to keep your expectations realistic and know that this is indeed a game on the 3DS.  As for the 3D effects themselves, they do add depth to the game’s levels but that is about it.  They are functional and it works.  I did hit the odd framerate problem (e.g. slowdown) at time when more then a few enemies were battling against me on screen, but it was not often enough to be a major problem.  All in all I think the audience that this game is geared towards (hint: kids) will enjoy the visuals offered.

As for the game’s audio, you’ll find many of the Skylander type sounds available.  From your figure “portalling“ into the level, to collecting items, levelling up and jumping from platform to platform.  As for the music, the beats that you listen to as you play are varied between levels and amp up/calm down at just the right times.  One of the neat things I enjoyed in the audio was the voice acting in this game.  Like the home console version the cutscenes are great, and the voice acting one big part of the reason.  Well-timed and well-executed lines make the scenes come alive and it’s nice to have voices on the 3DS.  The 3DS’s speakers do an admirable job belting out all the sounds, but put a headset on and you’ll feel more immersed in the sounds.

All in all I would say that the 3DS version of Skylanders SWAP Force is a solid companion game for the home console version.  That being said, it does feel dumbed down somewhat (e.g. not as much to explore, not as many secrets, etc.), and there is a lack of co-op play, all of which results in it feeling like a secondary experience.  Sure it’s not perfect but at the end of the day though, given that the game is really geared towards kids, its targeted audience will enjoy the experience and it will have them coming back for more as they level up their favourite characters while on the go.