I remember the first time I saw Scribblenauts. It was E3 2009 and I was in awe. Believe it or not it was the same sort of feeling I remember getting playing Metal Gear Solid 10 years earlier. It was like the game could read my mind. When it released though the novelty wore off too quickly for my liking. Not to rest on the laurels, Warner Bros. Interactive have released Scribblenauts Unmasked. It is my second adventure into the Scribblenauts universe.  My concerns about the novelty of the main gameplay device still exist, but the inclusion of the DC Comics universe will certainly attract fans for good reason.

Let me get something off my chest right away. Despite the title it sort of bothers me that you never really scribble anything. Even with the nice big screen on the Wii U’s GamePad you still have to type words out using the stylus and an on-screen keyboard. Trivial? Yes, but I feel better having gotten that off my chest. This game feels like it was made for something like the Wii U’s GamePad. It would have been really neat to see some sort of text recognition in play here. 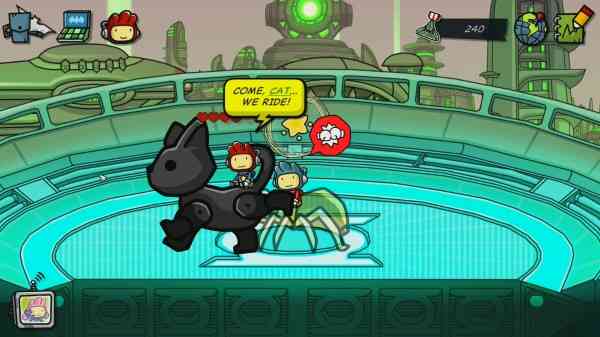 Playing as series mainstay Maxwell, the core gameplay mechanic in Scribblenauts games involves you coming up with words that help you solve puzzles that the game throws at you. The puzzles in Scribblenauts are more subtle than what you might find in a game like Professor Layton. They are solved by inputting either the name of an object or an adjective to create tools or solutions to whatever challenge you face.

Scribblenauts Unmasked doesn’t stray from the game’s original formula. The main difference here is the integration of the DC Comics universe. With something like 2000 characters this is fantastic fan service for those who will benefit from it. I didn’t happen to but don’t take that the wrong way, I’m just not a big comic guy. If you’re looking to try the Scribblenauts experience and don’t need the superhero angle you might want to try and pick Scribblenauts Unmasked up at a discounted price. But as I said, this is great fan service. The depth of characters will impress even the most loyal DC Universe fan. It is important to note that, while knowledge in this area enhances the experience, the game can be played, finished and enjoyed with little knowledge of the DC Comics universe. A smattering of combat mixes things up a bit but this is strictly a one button, button mashing affair. 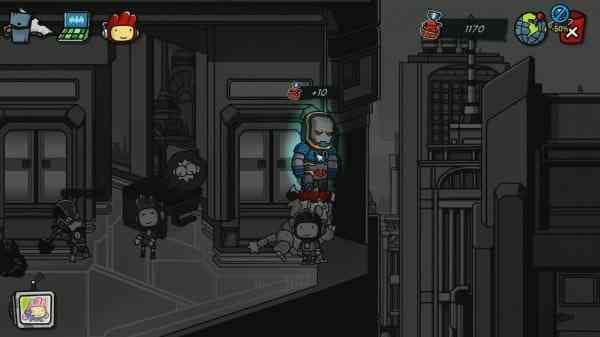 Differentiating itself from the 3DS version, the Wii U game features access to the Bat Computer that acts as a sort of database for the 2000+ DC Universe characters that are included in the game. If you’re not a comic fan, like me, this is very helpful in getting the best experience out of this game. The Wii U version also comes with a create-a-hero feature. You also get improved visuals over what is offered on Nintendo’s hand held. The colours and characters really pop in high definition. As pretty as it all looks on a big screen it’s all sort of lost because you spend nearly all of your time looking at the GamePad. The entirety of Unmasked’s dialogue must be read. There is also the always welcome option of local multiplayer where additional players can join the action using Wii Remotes.

While the subject matter didn’t totally resonate with me there is no denying the strength of the DC Comics brand. 5th Cell pays tribute to that with terrific fan service with their use of the DC Comics universe license. Of course the gameplay is pure Scribblenauts too. Although the bonus points Scribblenauts Unmasked earns by the fan service it provides cannot be ignored, at the end of the day I caution you to keep your expectations realistic and there is nothing revolutionary here.  Still, gamers should enjoy the experience. 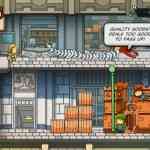 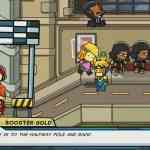 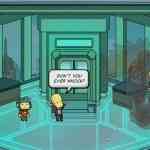 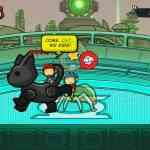 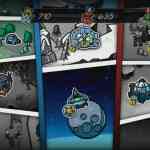 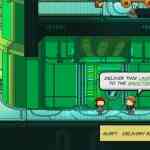 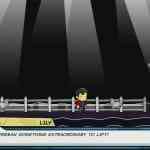 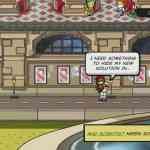 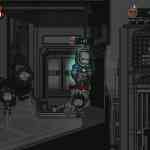 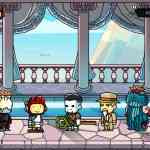 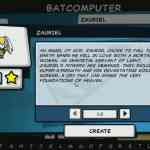 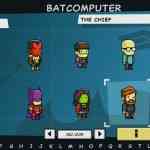 Next Call of Duty: Ghosts (Xbox 360) Review – Sure it’s More of the Same Old but That Same Old is Still So Damn Fun.
Previous Alien Rage (XBLA) Review – We Were Raging for All The Wrong Reasons.