It is over-the-top, wacky and downright nonsensical.  There isn’t much that makes a heck of a lot of sense.  There are many WTF moments and other instances where I am questioning the path the developers are taking me on. There are even some occasions where I say to myself: “that sh*t was f$cked up”. There just doesn’t seem to be any rhyme or reason to the bizarro world that is Saints Row IV.  But you know what kids? That is what makes Saints Row IV so f$cking fun! As I sit back and reflect on the incessant anal probing of aliens over the course of the 20+ hours I put into the game, I must say this was about the best time I have had in open world game to date.  Yes, more enjoyable than Grand Theft Auto 4, Sleeping Dogs and dare I say Far Cry 3.  GTA 5 arrives next month.  It is the number one pre-ordered game at the time of this writing.  Many may pass up on Saints Row IV as they wait for GTA 5 to arrive next month.  If you fall into that category, you are making a mistake.

Story wise, years have passed since Saints Row 3, and once again you find yourself playing as the leader of Saints.  Through some heroic actions that occur early in the game, you find yourself gaining more respect and adulation from Americans.  As a result, you are thrown into the role of the President of the United States.  Just as you are getting your Presidential feet wet, Zeniak and his evil Zen alien empire attack ‘Murica’, subsequently abducting you and all your homies.  From there, Zeniak launches you into an alternate version of Steelport in an effort to mess with your mind and try to get you to become part of the Zen.  Lucky for you, Zeniak doesn’t realize you are a bit of a psychopath and don’t play by anyone rules.  You are quickly able to break out of the simulation which starts your journey to rescue all your homies and ultimately take down the evil Zeniak. 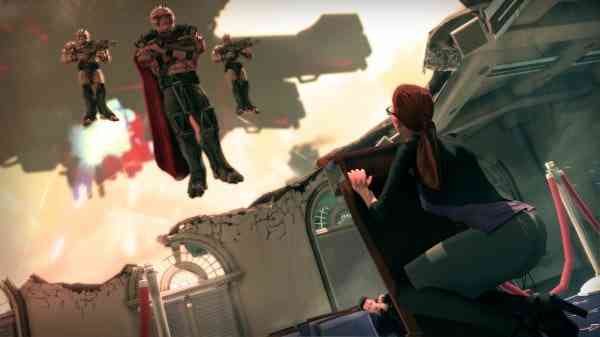 Without giving away too much more, that is the story in a nutshell.  Just like the gameplay, it is insane and completely ridiculous at times.  Sure the plot line here is nothing incredibly innovative as we have all played those games where your goal is to stop the alien invasion; however, the story lays the foundation for some of the most memorable moments in gaming so far for me this year.  Giant dildos, testicular manslaughter and male-on-male French kissing scenes aside, Saints Row IV storyline is even crazier this time around and to say that the team at Volition upped-the-ante in terms of the wackiness, well that would be an understatement.  The writing in Saints Row IV is not only funny but very topical as well.  The writers took some clever shots at some of those cheesy blockbuster action films of previous decades making for some highly entertaining scenes in the game.  Yes some of the jokes are low-brow and may offend you; yet at the end of the day, Saints Row IV never takes itself too seriously and is really all about entertaining you and making you chuckle.

Much of the game takes place in the alternate and simulated city of Steelport (the main city where previous Saints Row games have taken place) but your journey will also take you aboard Zeniak’s ship, and other Tron-inspired locales.  Okay, maybe Tron is not the best descriptor here but just expect a lot of sci-fi type areas where you will fight aliens. It is, as I mentioned, an open world game meaning there is a main storyline to go along with a great deal of side quests, finding collectibles, customizable options and other objectives.  Like the previous Saints Row games there is no shortage of action or hilarity.  If you are expecting a serious gangster game, you won’t get it here.  Oh did I mention there are over 1600 collectibles in the game?  So get on Satan’s Ladder and go find em’ all.

Before I fired up the game for the first time, I went in thinking this Saints Row would be shallow, mindless and a game lacking in the depth department yet in reality it is anything but.  It is an incredibly deep game featuring more customizable options that you can shake an oversized tentacle dildo bat at.  In addition to either enlarging your characters breasts or beefing up your junk to give you a little more sex appeal (yes you can make your dick bigger), Saints Row IV features the ability to create your character exactly how you like him or her.  Heck you can even create a transgender character.  How cool is that?  Of course all the standard customizable options are at play as well but yet again the developers kicked it up a notch. 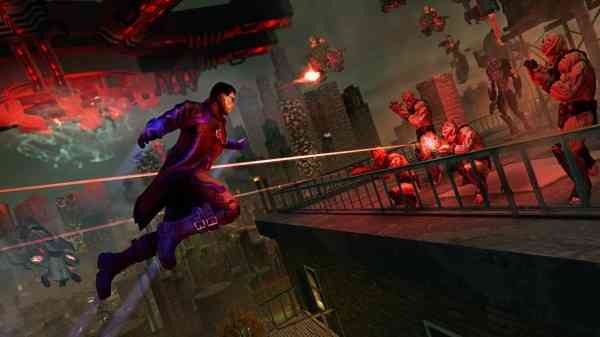 As impressive as the customizable options are (you can even alter your player’s voice) the true enjoyment comes in the form of the gameplay.  Given our Presidential hero is making his way through a simulated world, he also unlocks super powers as he progresses throughout the world.  The result is a game that feels fantastic.  Being able to leap tall buildings, glide in the air or super sprint down a 4-lane highway feels great.  I can’t recall the last time I played an open world game where I actually wanted to head to my objective on foot.   Its smooth and the mechanics are spot-on not to mention the upgrades to these super powers feel significant.  You can blast enemies with ice or super stomp them off the side of tall building.  The result is about as satisfying as apple pie (see what I did there). Sure it will remind you of games like Prototype 2 and Crackdown; however, the team at Volition managed to one up those games by giving this game personality and balance.

These new super powers in Saints Row IV lend to a combat system that is also pretty darn good.  Like other open world games you will have you favourite weapons and you will turn to them more than others. That said, I highly encourage you to try all the weapons.  The alien bounce gun, black hole gun (and no it’s not some kind of ass gun), and dubstep gun are just a few of my favourites.  The weapons only add to the personality and enjoyment of the game.  Sure some pack a punch more than others but in the end I was impressed with the variety and sheer amount of weaponry at your disposal.

As I mentioned, there is an endless amount of side quests, finding collectibles (clusters and audio logs) and other bonus missions.  There is a currency system to upgrade your weapons and an XP system which lends itself to upgrading your super powers.  You can call in some homies for help in a battle and eventually you unlock the ability to step into a mech suit which literally shreds the enemy apart.  You can fly a bird-like flapping plane or cruise around town in an alien tank.  Some of the side quests involve stealing cars gangsta style; sprinting through a speed rift, clearing out hot spots filled with aliens, hacking store front security, and even a side quest called “Blow Up Shit in a Fucking Tank”.  What else is there to say after that?

On the downside, when it comes to the games visuals I must say I was a little disappointed.  I noticed a few technical issues which I guess are not incredibly surprising given the scope and size of the game. These issues are minor and some are being patched as I am writing this.  The game did freeze up on me on a couple of instances as well but it is hard to punish Saints Row IV for this as it may be due to my aging piano black slim 360 console.  In any event, I thought I would bring it up in case others experience the same issues.  Despite some of the lackluster character animations and technical issues, the development team makes up for these shortcomings when it comes to the games environments.  The city is wonderfully detailed right down to the humorous billboard posters and signs.  Likewise the player movements are spot-on and silky smooth.  By no means is Saints Row IV a visually stunning game and in all likelihood GTA 5 should and likely will look a little better.  But you are not buying Saints Row IV for its graphics. 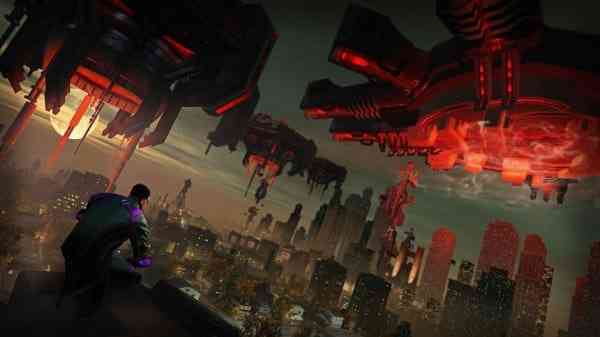 Sounds wise, Saints Row IV kicks donkey beer.  The soundtrack alone features over 100 tunes spanning several decades.  Some modern bands like Awolnation and Walk the Moon are featured.  Both bands I highly enjoy.  You also get a little blast from the past with The Romantics and Men Without Hats.  Almost every music genre is captured in the game and it’s wonderful.  You can make yourself a “mix tape” and play only the songs you enjoy.  Saints Row IV features the ability to listen to them while walking around and not just in a vehicle – certainly a tiny, albeit fantastic, feature.  Other in game sound effects are spot-on and I had no concerns with the voice talent at all.  In fact, the voice talent only serves to add more hilarity to the game as the scene where the two gangsters are singing along to Paula Abdul’s “Opposites Attract” is priceless.

As I mentioned above there are likely many who have pre-ordered Grand Theft Auto 5 and are not even entertaining the thought of purchasing Saints Row IV.  This would be unfortunate and frankly a mistake as they would be missing out on a remarkable game. Saints Row IV likely stands as the most ambitious game for developer Volition as they took some chances with the addition of super powers and aliens. The result however is a game that is rich and deep with personality and unmatched ridiculousness.  Saints Row IV is exactly what I needed this summer. It takes everything that I love about sandbox style gaming and makes it better.  Strap it on folks because it’s time for the ride of your life! 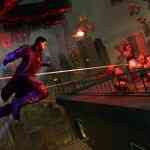 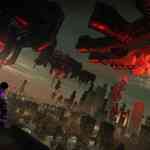 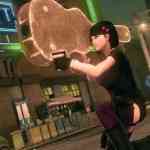 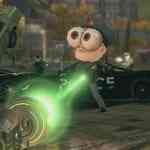 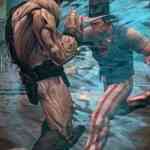 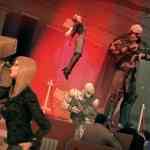 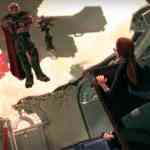 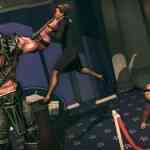