There’s a trend I’ve noticed with artsy indie games lately: a weird reluctance to show the faces of its characters. I just finished playing The Artful Escape, in many ways a musically thrilling and downright inspiring game, but every character’s eyes were hidden behind opaque glasses. And now we have Sable, which masks its protagonist and everyone else in the world, besides. If eyes are the windows to the soul, it’s no wonder that these games feel lovely and inventive but, at least to me, emotionally distant.

Sable tells the coming of age story of a young girl who goes on her nomadic desert tribe’s sanctioned walkabout. Imagine a middle schooler from Santa Fe talking a year off to, you know, find herself before high school, so she scours the desert for parts and builds herself a Honda Ruckus and sets off across the Sonora desert. I’m being slightly facetious, of course, because Sable builds herself a hover bike before striking out on her journey. With little direction beyond one of her elders guiding her to a distant town, Sable glides across the mostly lifeless desert, stopping at points of interest to examine the detritus of a formerly flourishing civilization, wrecked spacecraft, and mysterious temples and other structures. She pulls into town, chats up the people and goes on many fetch quests, some more interesting than others. She earns badges, which she can turn in for new masks. She has lots of conversations and makes discoveries about herself and her tribe and culture.

One thing Sable never does is engage in combat. There is none. Nor is there anything close to a fail state, and the worst that can happen to Sable is that she runs out of stamina when running or climbing. Mechanically, Sable depends on exploration, platforming and puzzle solving to keep things moving and interesting. The good news is that the game’s platforming is forgiving and rarely depends on timing or precision and that exploration is pretty rewarding. The less good news is that the environmental puzzles are never very challenging or engaging, and I don’t think I’m spoiling much to say they mostly depend on standing on pressure plates or inserting a battery into machine to open a door. Sable does have an inventory of sorts and over the course of the game her repertoire of approaches slightly enlarges along with her wardrobe and bike upgrades, but the vast amount of moving across the map is on hoverbike or floating lazily in a magic bubble. 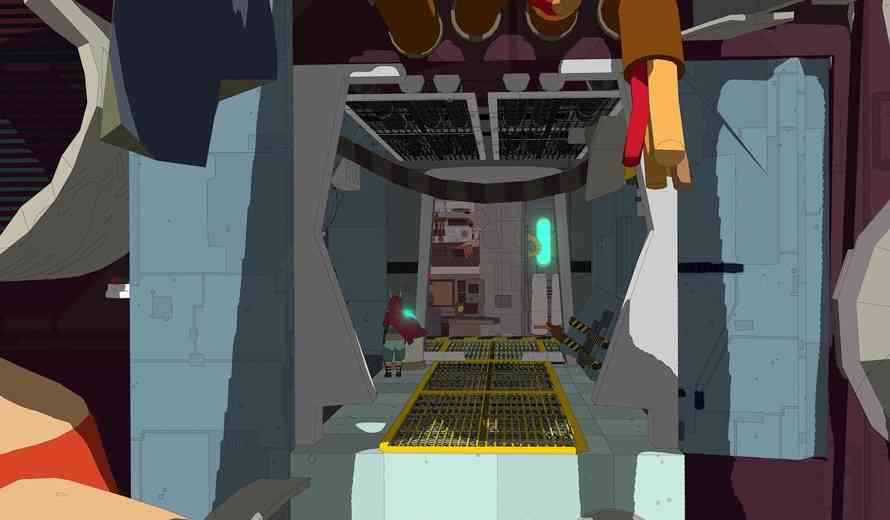 Like many indie games that eschew combat and conflict, tone, dialogue and visuals assume a much larger role. Sable’s dialogue is unvoiced but well written and filled with both touches of humor as well as pathos and implied wisdom. Sable’s conversations are not long, drawn out affairs but pointed and poetic and go a long way to suggesting that her journey is more mystic than pragmatic, and the faceless characters have emotional weight beyond their blank affect. The music is acoustic and understated, sometimes to the point of feeling like repetitive noodling, in particular during the long stretches of uneventful exploration.

There’s no denying that Sable’s art design is striking and absolutely distinctive. It is partly inspired by the graphic novels of Jean “Moebius” Giraud, maybe with a little Breath of the Wild tossed into the salad. It’s hand painted and artistic, but I have to say that over time, the lack of textures — everything is sold color, or outlined shapes — began to feel repetitious. At night, colors fade and the world becomes line drawings in shadow. The environments are also generally devoid of life, save some occasional birds or maybe some animals that figure into quest lines. I can see where some people could see it as haunting, but like Sable’s faceless character, the art style felt emotionally distant. 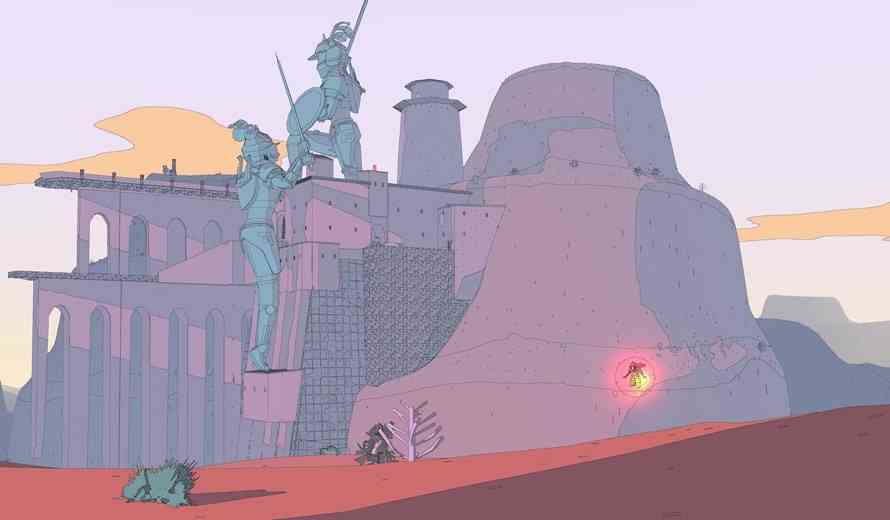 Sable is not without some technical issues, in particular with its camera, which often had a very difficult time in small spaces. There are some graphical bugs and broken quests, but most of the problems are minor. Sable is an interesting game in that it can be completed in a dozen or so hours, or much less, depending on player choice at key moments in the campaign. 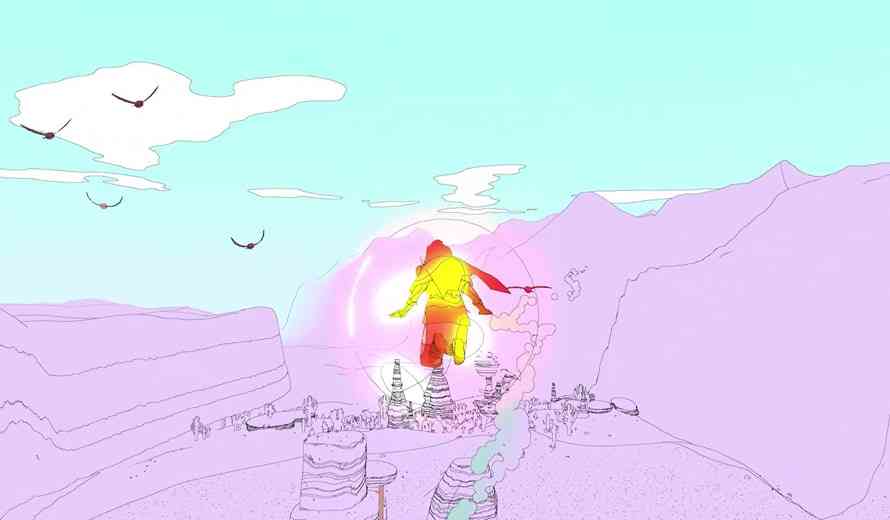 I think that whether you enjoy Sable will very much depend on your mood and expectations. Some gamers will appreciate it for the chill, Zen-like, conflict-and-combat-free, emotionally resonant story that it absolutely is. Other gamers may grow impatient with its lack of real incident, and weary of the pace and absence of challenge. I tend to land in the latter camp. Sable is a beautiful game, but it needs to rev up the dramatic engine or raise the stakes for the player to keep fidgety gamers like me engaged.

***PC code provided by the developer for review***