Nostalgia seems to sell these days. It’s common to see old TV shows and movies making their return, kids chasing old fashion trends and countless games being remastered or re-released. While Rez Infinite could be easily labeled a re-boot of the cult classic released in 2001, many people would be doing themselves a disservice by not experiencing this game in VR.

Rez Infinite sees you play a computer hacker inside a computer network called Project K which has been corrupted. It’s your job to clear the network of any viruses and re-boot the network. The experience of playing Rez Infinite in VR is so enjoyable that you won’t even worry about the story as you’ll be more concerned about progressing from one area to the next just to see what lies ahead. Even though Rez VR is 15 years old, it almost feels like it was originally created for VR. Rez is an attack on your senses. You actually feel like you’re a computer hacker and as you weave between each layer you’re holding onto the edge of your seat.

“Even though Rez Infinite VR is 15 years old, it almost feels like it was originally created for VR.”

Rez Infinite’s campaign plays like a rail shooter pushing you down a linear path.  It’s all about locking onto targets with your left analog stick or VR headset and shooting them with the X button. As you shoot down viruses, you’ll trigger notes in the game’s soundtrack. The best way to play is to lock onto multiple targets at any given time and let loose on the X button. There’s nothing more awesome than locking onto and destroying multiple targets to trigger a wave of notes.

Rez Infinite’s campaign features five areas, which are subdivided into ten layers with different objects to shoot or dodge. Each area also features a boss battle that showcases some of the game’s best moments. One of the most memorable boss battles takes place where you have to chase a boss down a series of hallways. As you run ahead or behind the boss you can move 360 degrees and shoot directly behind, above and in front of you. It’s moments like these that make playing in VR such an enjoyable and authentic experience. Area 5 also showcases some of the most impressive and beautiful environments the game has to offer. The main story can be completed in under 90 minutes, but several other modes will keep your attention once you’re done the campaign. 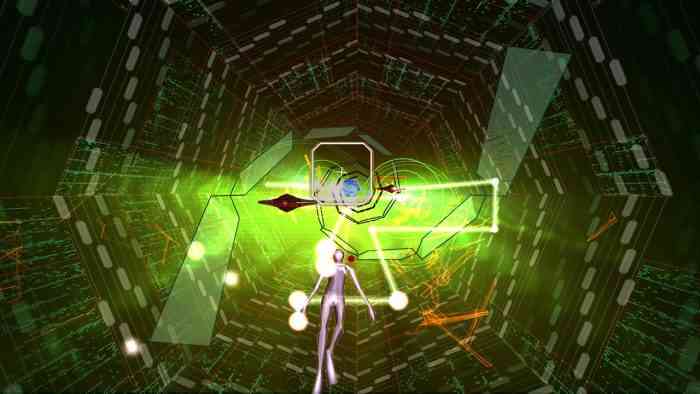 In addition to experiencing the reboot in VR, Rez Infinite also features a new level called Area X, which most likely foreshadows what the developers have in mind for a future title. Area X feels like an evolution of the original game giving you more control over your characters movements. This in turn, opens up how you approach enemies and gives you a different experience each time you play Area X.  Area X is easily the best part of the game.

I’ve already played several VR titles prior to reviewing Rez Infinite and sadly it was the only game I’ve played in VR where I felt nauseous as at times. While most of the game feels fairly good, the abrupt transitions between the area’s layers made me limit each session to about 45 minutes or so.

Like another rhythm game Thumper, Rez Infinite showcases the power of PSVR. While many people may look at a reboot or relaunch of a game as something lazy, Rez Infinite doesn’t fall in this category. Instead, Rez Infinite proves that the PSVR can breathe new life into old classics. 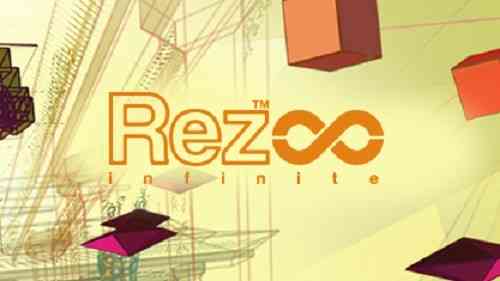 Among Us VR Devs Announce Open Beta
Next Eon Altar Episode 2 Review – Round 2! Fright Night in the Fortress
Previous Owlboy Review – Worth the 10 Year Wait