When you’re young and vital, it’s probably difficult to imagine a far off-in-the-future time when there’s more life in the rear-view mirror than on the road ahead, and when the struggle and stress of career, family and supporting your favorite sports team aren’t your primary concerns. Instead of being surrounded by like-minded friends and loved ones, your support network has shrunk to a toy poodle named Barry, and in truth, he doesn’t seem that into you, either. You might find yourself unexpectedly pursuing a new hobby. You know, like Naked Beach Volleyball.

One day, eighty-year-old Len sees a flyer for a mysterious new opportunity that turns out to be not the pyramid scheme he’d hoped for, but the chance to join a secret nude volleyball league, specifically geared to elderly men. Looking for something new to pass the time, Len swings into action and shedding both his clothes and psychological defenses, plays a series of one-on-one matches with other retirees, each one a glimpse into the demons that haunt not just Len, but his opponents as well. Loneliness, abandonment, alcoholism and anger management issues are tossed back and forth over the net along with the crudely drawn volleyball. In the end, Len learns a lot about himself and finds some comfort and friendship along the way. There is a plot twist of sorts at the end. I won’t spoil it.

Obviously, there is a lot of silly shock value in the title of the game. Retired Men’s Nude Beach Volleyball League suggests a lot of dirty jokes and uncomfortable images but in fact, the game is entirely innocent of all but the most mild of suggestive content and neither the game’s primitive art or narrative contain any form of explicit images or language. At its core the game is about emotional nakedness and vulnerability, not so much the potentially traumatizing sight of grandpa in the buff.

Wait. Hol’ up a minute (as Girlfriend Reviews might say). Those two previous paragraphs might suggest that Retired Men’s Nude Beach Volleyball League has some redeeming value. Read on. 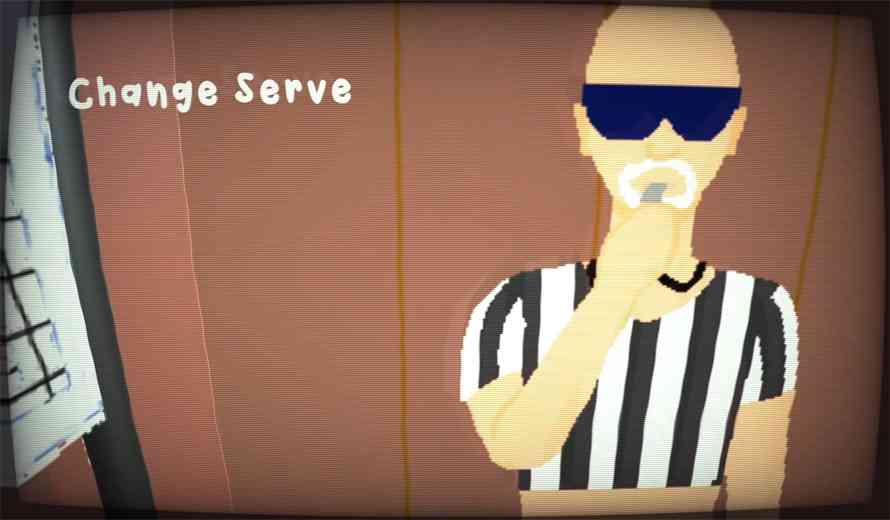 Made by the team of Will Brierly, Rachel Olson and Aaron Bleyaert (podcaster and straight man to Conan O’Brien in the popular Clueless Gamer segments), Retired Men’s Nude Beach Volleyball League is similar to Brierly’s previous game, Soda Drinker Pro (30% score on Metacritic): it has a ridiculous premise, intentionally primitive graphics, a catchy theme song, and a general air of being annoying conceptual art more than a video game. That’s all well and good, until you have to actually play it. While the simplistic graphics, spelling errors and primitive mechanics are partially explained away in a late-game plot point, that doesn’t make the moment-to-moment experience of playing the game any more enjoyable. The discomfort of a colonoscopy can be rationalized by its potential benefits but it’s still an uncomfortable procedure.

Gameplay in Retired Men’s Nude Beach Volleyball League consists of a series of 1v1 matches in various environments, separated by “driving” segments in which Len muses on the upcoming match or reflects on some emotional truth. There is a referee (who for some reason is only naked from the waist down and often has four arms) who calls the shots, sometimes not entirely accurately. Some of Len’s opponents are verbally abusive bullies, some are insecure, some are kind, and it’s obvious that the point of each match is to give Len a chance to examine his own attitudes through the lens of others. Scoring makes absolutely no difference as far as I can tell, and I quickly became so bored and frustrated by having to try and actually control the character that I just put the controller down and let the matches play out with as little input as possible. Pro tip: if you’re going to actually try to play the game, use a gamepad.

Whether you think it’s an artsy and legit plot point or a cheap cop out (I tend to lean heavily towards the latter), Retired Men’s Nude Beach Volleyball League has appallingly simple and amazingly unattractive art, horrific control and mechanics, audio that sounds like it was ripped from an Edison cylinder (look it up, kids), and repetitive music. A purposefully crude game made as some sort of meta-comment on “real” games is not even close to being a new idea, and its high-concept absurdism and potential insights about aging are not worth the one to three hours it takes to “play” through to the end. Retired Men’s Nude Beach Volleyball League is not funny or surprising and its emotional truths are painfully obvious. Like Soda Drinker Pro, it’s only marginally amusing as a fake game title but that’s about it. 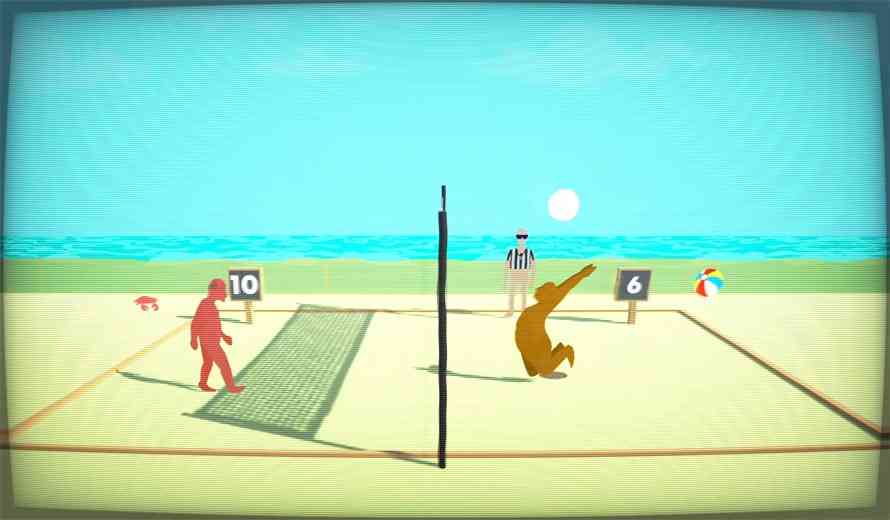 Listen up: your parents, grandparents and other elders you might know are almost certainly a little lonely, insecure, potentially afraid of sickness and death, haunted by memories and beset by many of the same demons as you are. If that sounds depressing, remember they are also quite possibly wise and focused on making the most of their remaining time on the planet. Given the ticking clock, they’d probably never waste their precious moments playing Retired Men’s Nude Beach Volleyball League. Learn from them, and remember that the most wildly ironic or intentionally bad game might succeed in meeting its goals without coming close to giving the player the respect of a good time. 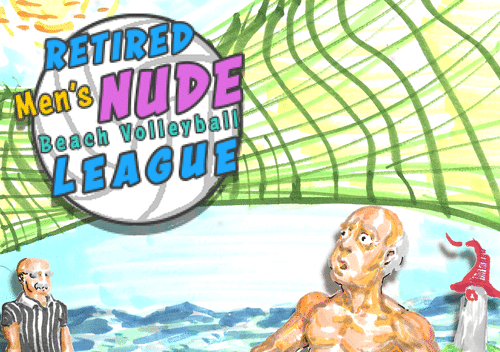