Reigns: Game of Thrones Review – Death by a Thousand Cards

I’m rudely interrupted from my Small Council meeting at Casterly Rock. A guard informs me, the illustrious and gallant Tyrion Lannister, a representative from the Iron Bank has arrived and is in a less than happy mood. My money situation is precarious as I war with the Greyjoys and build alliances in the north. It’d be best to meet with my creditors. I adjourn and make for the throne room. The Iron Bank emissary rushes to inform me he’s been attacked by the Greyjoys, too. This will simply not stand. I promise merciless retribution, knowing this will weaken the war effort. The emissary leaves, mostly satisfied. Lord Varys, my trusted advisor, informs me I could instead make it look like I’m diverting effort to aid the bank without actually doing so. I nod and smile. “Do it.” I bark. Another commotion draws my attention. It’s the Septon priestess and she’s brought a posse. I’ve ignored them completely in my short reign as king. She is outraged and armed. Suddenly, I’m dragged from my throne and forced into a walk of shame. I’m killed before I even make it down the castle steps. This is Reigns: Game of Thrones, a card-swiping Tinder app take on what makes Game of Thrones so great. And if I’ve learned anything trying to hold a throne, I’m not cut out for this politically murderous life.

If you’ve played the original Reigns then the gameplay is mechanically the same, but now using characters you know and love (or hate) from HBO’s Game of Thrones series. I mention HBO and not the books because the game seems to be placed at a period of time almost after the show would have ended. It prompts a kind of what if scenario where you get to pick a ruler and have a go at either the Iron Throne or Winterfell (with more characters to unlock as you progress). These are all presented as visions through the flames that the Lady Melisandre experiences.

Basically, it’s a neat way to let you retry as many times as you like without breaking the canon. And you will need to. Because this game is hard. Just like Reigns, you’re managing four meters visible at the top. You have military strength, religion, people, and money. If any of these meters reaches zero through negligence, you will swiftly be killed.

While you can know which decision will affect which meters depending on the direction you’ll swipe your card, you do not know in what way. So for example, you might see two dots over money and religion based on the choice but either can be a boosted or lowered, so reading and thinking carefully is your only option. If I have any gripe with the game, it can almost be too unpredictable at first until you’ve run through it a few times. And your tried and true method of pleasing everyone is simply not going to fly here. Nothing killed me faster than trying to help all my political parties at all times.

Deception Is an Asset

And so it becomes a more true to life simulation of medieval fantasy politics than one might think. You’re constantly juggling and maneuvering. Maybe you help the Septon this time, while depleting your money reserves, and then you turn on them, emboldening your military might.

It’s constantly shifting and games can be played quickly. Decisions you made a few swipes ago can now present new challenges or twists you didn’t see coming. New characters show up with their own agenda and they too must be managed. The fun comes in trying to complete the provided quests, and discovering certain hidden paths that are only triggered based on certain choices you made. I won’t spoil them all here, but one had me in a brothel — getting drunk out of my mind. Suddenly, a fight broke out and I was forced to try my hand at a brawl, only to be whisked away safely by an ally, bloody but still alive. 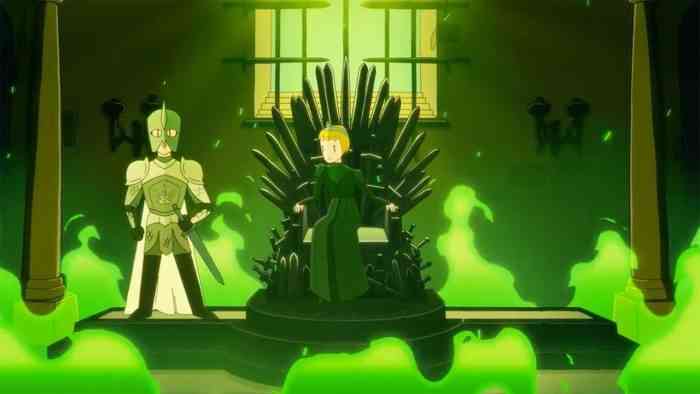 Another scenario sees you travelling to a new destination, prompting a bit of an Oregon Trail take of Reigns where you want to keep moving forward but not risking death of yourself or your crew. Other surprises await as you try different characters and build different alliances. If there’s one thing I can say about Reigns: Game of Thrones is I will never accept a drink from anyone, no matter how innocent they seem. Nor will you be allowed to draw me a bath. I trust no one.

Reigns: Game of Thrones is great fun for fans of the show and books. It’s bite-sized gameplay encourages high replayability and can be surprisingly addicting. You’d do well to try it out yourself and see what kind of ruler you turn into. For me, I have lost all naivety. I know politics now are less about power and more about seeing how long you can survive to hold said power. And if people get uppetity, well… I have a pet dragon. Let’s see how they like that. 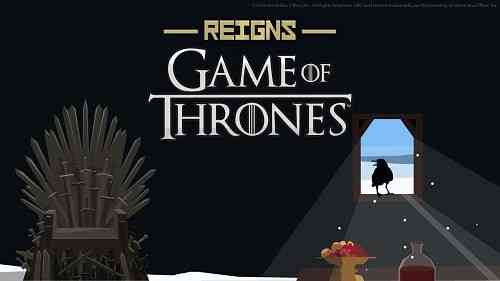 
Legend of Tianding Review – To Steal From A Thief