Raging Justice Review – If Only It Had More Content

With the Venom movie releasing this year from Sony Pictures, it feels appropriate to rummage through the past and re-visit the beat ‘em up genre with MakinGames’ Raging Justice. I only bring up the symbiote-fueled, murderous villain because of how I got into the genre with 1994’s Spider-Man and Venom: Maximum Carnage. While the classic SNES title, based upon a Marvel comic crossover event of the same name, does a few things better than Raging Justice, there’s a certain style and feel to the game that is undeniably classic and incredibly satisfying. Raging Justice is short, low on production value, and deplete of any new ideas, but what is there is fun enough to mess around with over an afternoon – preferably with a buddy!

The game’s plot surrounds three vigilantes that the player can choose from, each with their own backstory: Rick Justice, Nikki Rage, and Ashley King. Ranging from the ages of fifteen and forty-two, these three heroes come from different backgrounds but all share the same ideals. The goal is to uncover a plot against the city and take down those in the criminal underworld that would seek to undermine it. There’s an undeniably comic book feel to it all as I felt like I was dawning the cape to go and save Gotham. The classic art-style and movement patterns of the genre are here in full force and make for an authentic arcade experience.

It’s best described as that SNES photo filter that you can swap in with the camera in Super Mario Odyssey. It’s grimy and ugly, but that’s what makes it great! Moving up and down and side to side and fiddling with the sticks to get to the right spot on the map to smash a thug with a bottle are the small details that make this genre so unique, and Raging Justice nails those aspects! Said weapons include knives, bats, and throwable objects, but none come close to the sheer thrill of smashing an enemy across the screen and into a wall with a high-damage, one-shot hammer. 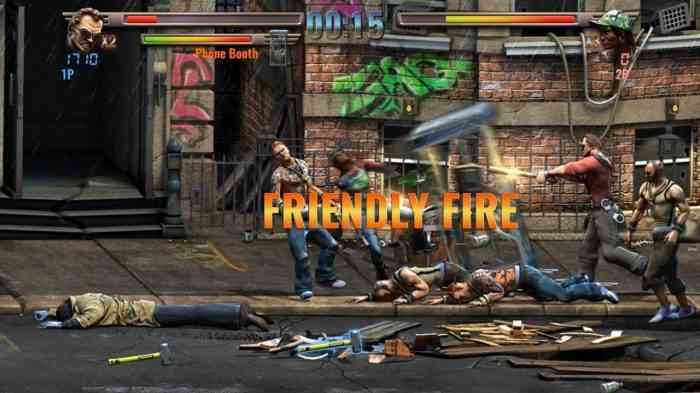 Raging Justice essentially pads out its time by throwing dozens of enemies at the player and eventually tosses in all manner of weapons through an assortment of combat situations where the player can go Super Saiyan and take out most of the enemies on the screen in one fell swoop. Whether that’s by charging the dive move or pulling off specials that result in enemies dropping their weapons for the player to pick up, or simply jumping into a tractor and running over as many criminals as you can, these moments just keeping coming and it makes going back to attain higher scores that much more appealing.

A Tribute to a Bygone Era

However, there isn’t a lot to go back to. Only a handful of stages compliment the game’s Brawl mode that acts as a wave defense variant of the main offering. What’s worse is that those stages all blend into one another as there isn’t much functionality on the maps to differentiate them, and the color pallets stay the same throughout. You can always go back for a second playthrough and try to arrest as many baddies as possible, but the game never really explains how those mechanics work and the underlying logic and rule set behind when and where you can pull off an arrest.

While some of the game’s variation, in terms of how enemies enter the field of play and the mechanics that the player has to deal with, is inventive and consistently changing, it feels a little cheap when playing on higher difficulties and having a good chunk of your health stolen at the beginning of every reset when entering an area that you’ve never been to. There are also segments where it’s impossible to physically see your character behind a midst of enemy avatars as the game goes for high-octane insanity instead of measured difficulty and fairness. 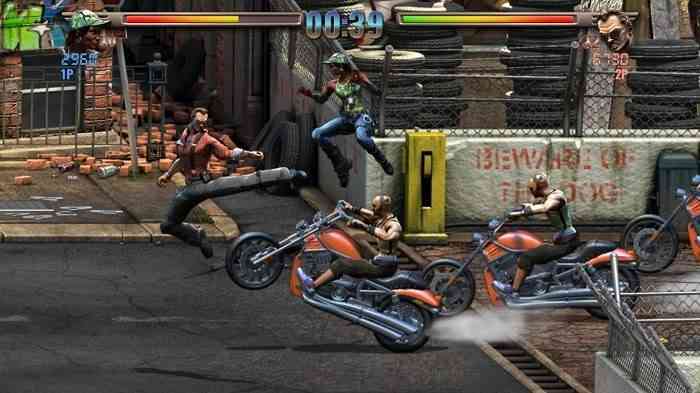 There’s a certain level of respect to be had for a piece of art that doesn’t attempt to be more than it is, and Raging Justice certainly understands its limitations. There’s a lot of fun to be had on the first playthrough, but the game simply doesn’t offer enough content or complexity to keep my attention. It’s classic art-style and gameplay are a tribute to a bygone era, but there is no excuse for the lack of content present in a title being ported to current gen consoles in 2018. 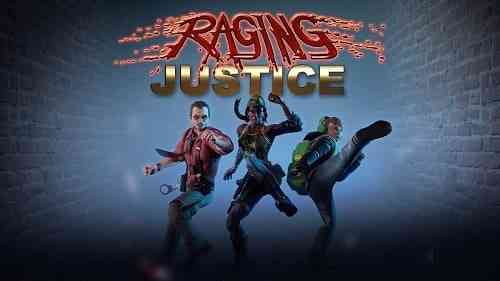 Escape Academy Review – Graduating With Honors
Next Detroit: Become Human Review – A Dynamic Decision Scheme For The Ages
Previous Far: Lone Sails Review – Beauty in the Eye of the Side-Scroller