Quiplash Review – No Filter, No Problem, You Can Play this Party Game

Jackbox Games has made some great titles like You Don’t Know Jack, Fibbage, Drawful and Lie Swatter to name a few. When Quiplash popped up onto the radar I knew that I had to get it right away and add it to our party game collection. So it luckily I got to review the game. Often when we have guests over and we get into some board games like Cards Against Humanity so I had a feeling this game might be what we were looking for. With the introduction of the Jackbox Party Pack we have had a selection of go-to games that require very little set up, which is usually awesome after a few drinks, and Quiplash falls right into this category making it something that is definitely interesting. 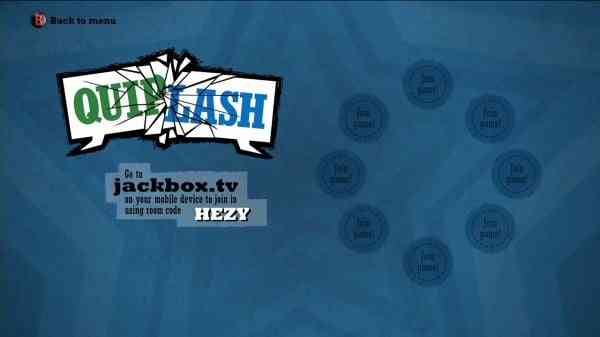 Quiplash is not a visual masterpiece but the menus, choice of colors, font choice, buttons, etc. all manage to complete that Party Game feel that you’ve come to expect in this growing genre. Where Quiplash really shines though is the humorous game show host that dictates the rules and adds comments as answers are revealed, it is a nice touch as it is not too cheesy but yet manages to go over the top more than a few times.

The gameplay for Quiplash is quite simple and you don’t even play with a controller. You can use any mobile device (usually your phone) that can connect to jackbox.tv, and with a handy 4-letter code that is generated for your game, you pop in and you’re in and are ready to play. One of the key features about this when compared to games in the Jackbox Party Pack is the first person to enter the game is the only person who can say “Everybody’s In”, so there are no accidents of starting the game early which has happened quite a few times in my Jackbox Party Pack experiences. If you’re late to the game or the game is full you have the option of joining the audience which can vote on answers, and what’s astonishing is the claim that up to 10,000 people can be a part of the audience. I would like to see a game get that full but I very much doubt we will ever see that, but one can try!

“The creators of the game call it the “The Say Anything Party Game” and they absolutely mean it.”

After you’re in the game you answer two questions that come up on your device that you can answer in any way you want, be it truthful, humorous, or downright vulgar. The creators of the game call it the “The Say Anything Party Game” and they absolutely mean it. It’s up to the audience and your fellow players if your answer is the winner though, so sometimes you have to ponder, or even guess, about how others might be thinking, and answering, in order for you to get those valuable points. What’s neat about this process is that for each question only 2 players answer, pitting them head to head so to speak, when it comes to the vote. Each question answered alternates players so you’re not always against the same person. The only deviation from this is during the third and final round where everyone answers the same question and everyone votes from the pooled answers of all players (from 3-8) to determine the winner.

After all scores are tallied up the winner is announced and you have your Quiplash champion. Keep in mind that when you get all the votes for your answer you get a Quiplash which gives you some bonus points for getting all the answers. Getting a Quiplash can definitely swing the game into your favour especially early on in the game. 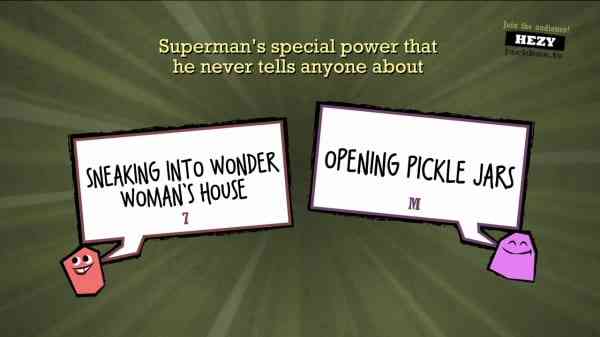 I should note that as a fan of Jackbox Games in general I found this title a little bit hard to stomach as a standalone title as it is remarkably simple and I would love to see it more of an extension to the Jackbox Party Pack rather than something new to open up. It would be a whole lot easier in a party situation to navigate all of the titles in one interface rather than two, or even more if they launch some other titles. That being said, it doesn’t take away from the fun that can be had in this title, and the enormous amount of laughs, as Quiplash is a solid party game that any fan of the genre should add to their collection. 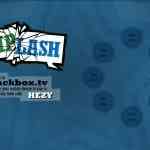 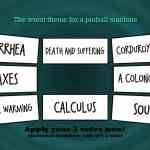 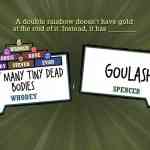 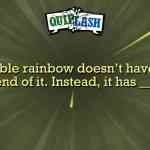 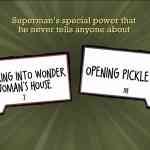 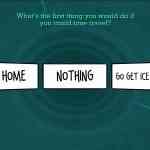