After seeing release across the world dating all the way back to 2012, North American gamers finally get the chance to get their hands on the long-awaited Professor Layton / Phoenix Wright mash-up. Admittedly, I approach any new Professor Layton game with high expectations as I’m an unabashed fan and have played them all with the exception of Azran Legacy that was released earlier this year. On the other hand this is the first time I’ve had the opportunity to play a Phoenix Wright game. Combining a popular series in Phoenix Wright with one I already love has to be amazing right?

Unfortunately, not so much.

Consider that statement a caution rather than a condemnation. From a technical standpoint the game is fine. Many people will enjoy this game, but the Layton formula, for me, is getting long in the tooth. Mash-ups of different franchises can be a way of injecting new life into a series, but my time here wasn’t as entertaining as I’d hoped it would be. While there are some redeeming qualities, the game as a whole feels repetitive at times and is somewhat tedious in it’s pacing. 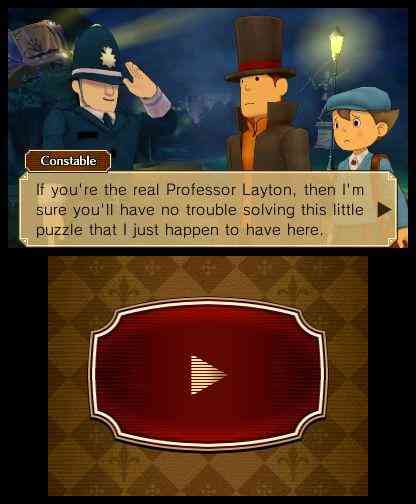 Professor Layton and Phoenix Wright games have seen enough iterations that fans will know full well what to expect gameplay wise. The Phoenix Wright segments took me a little while to warm up to. Beyond an obvious learning curve I often felt pressing multiple witnesses, looking for contradictions, and knowing the right time to present evidence bordered precariously between being fun or just plain tedious. Having to consciously ask myself this while playing is also a personal lesson about what I enjoy.

Layton’s sections aren’t immune to criticism either. The core of these games, and real draw for me, is the puzzle solving. This being the seventh Layton game on Nintendo’s handheld the formula for puzzles is starting to show its age. A fresh coat of paint doesn’t hide the fact that many puzzles are being recycled. The puzzles are why I play Layton games. I want to be challenged in new ways and not get that “hey, this seems so familiar” feeling.

As I played I found the pacing in this game uncharacteristically tedious. After more then two hours of play I’d solved barely a handful of puzzles and endured one court case? The pace does pick up but it’s a little too much of the same thing for my liking. There is a ton of reading to be had too, far more than what I remember in any previous game, so parents be warned. I want to play my games, not read them. 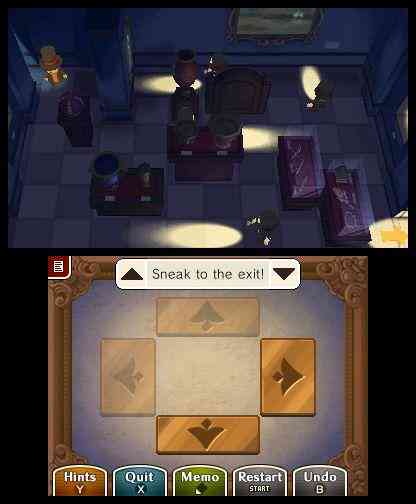 Presentation-wise, Professor Layton vs. Phoenix Wright: Ace Attorney remains true to other games in the series and that’s just fine with me. The entire charm and art style characteristic of each series is preserved. On the extras front, once the story portion is complete there is additional content to download and play should you desire. Level 5 has always been great supporting their Layton games with additional puzzles long past the game’s release so kudos here for keeping that up. It adds value.

For a series to continue to be relevant from iteration to iteration its gameplay must evolve. Perhaps the fact Professor Layton vs. Phoenix Wright: Ace Attorney is already two years old is explanation as to why we don’t see that here. Despite being a long time coming for North American fans, the real value here is more about getting two gameplay experiences for the price of one. That’s just enough to keep this one from being an average experience.