A diorama comes to life in Paper Cut Mansion, a horror-themed roguelite from Space Lizard Games. Investigate a creepy manor house – all made from cardboard – in search of your missing memories.

The game begins with the protagonist finding their way inside a decrepit mansion deep in the woods. We don’t know much about the character because he loses his memory once inside the house. Unable to recall why he visited the house to begin with, our hero is shepherded by an old spirit and is encouraged to explore the house to find his memories and a way out. 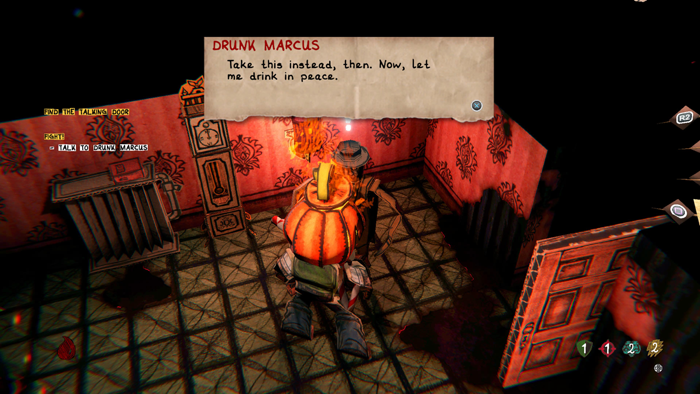 Easier said than done! The possessed mansion actively works against the player through the magic of procedural generation. No two runs will be the same as floor layout, puzzle placement, and exit requirements change with every playthrough. Adding another layer of complexity is a series of alternate dimensions that dramatically change how you interact with the environment. As with other roguelites, the goal is to survive long enough to complete a run to the finish line. Die along the way and get sent back to the beginning to face a new, random set of dungeons.

Each floor of the mansion is designed around the simple goal of finding the exit. Exits are marked by the presence of a talking door. These needy portals challenge the player with a task, like destroying a set of enemy spawn zones or hunting down physical manifestations of memories. Completing these quests leads to an NPC who has one more errand before you can actually leave. Successfully completing these tasks, among others, involves jumping in and out of portals that lead to alternate dimensions.

There are three dimensions to explore. The starting dimension is the Neo Cortex. This is where safe exploration and puzzle-solving occur. The second dimension is the Limbic System. It is similar to the Neo Cortex but affected by subzero temperatures that cause persistent frost damage. Torches and open flames can mitigate the damage but igniting torches isn’t always an easy task. The final dimension is the Reptilian System and it favors combat as dangerous monsters roam the floor looking for their next victim. 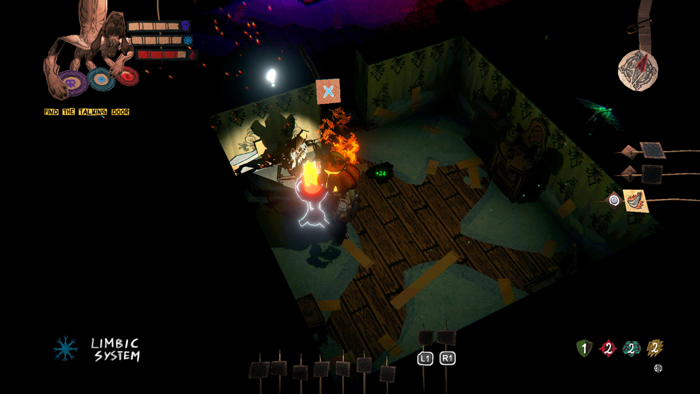 There is a myriad of weapons to find that can keep you alive in the Reptilian system. At the end of the day, however, combat is disappointingly basic. Fighting monsters is as easy as spamming the attack button until they die. A lock-on/strafing system makes it pretty easy to avoid enemy attacks, especially at range. Your starting weapon is a cheap, single-fire rifle but stronger, more effective weapons can be acquired during a run, either by NPCs as quest rewards or treasure chests.

Just because combat is limited to a single dimension doesn’t mean the player can rest easy. The Neo Cortex is haunted and it’s possible to take damage from poltergeists throwing household items at you. Treasure chests give items but they might hold a ghost that pursues you for a short while and take potshots. The Limbic System’s freezing temperatures can cause a cold, lonely death if you’re not careful. Each run is an opportunity to grow stronger and smarter. Even though the dungeon randomizes, there are repeated mechanics that make it easier to handle a new run. 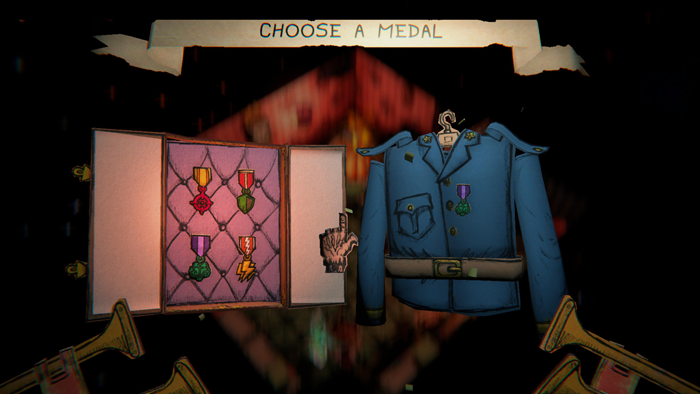 Dying and having to start over sucks but fear not, there are systems in play to help you progress. Weapons and armor carry over to your next playthrough and can be selected from a catalog before each run. The developer stresses that finding the best gear to fit your preferred combat style is key to a successful run. Having your tools always available does trivialize the stress of a run but I’m not complaining! The game feels less punishing and stressful for it.

You’re not alone in this strange, twisted journey. You are accompanied by a magical, glowing moth. It’s mostly useless. It doesn’t fight or heal you in times of need. It does, however, chirp and flies toward a portion of a room to indicate a hidden item. This doesn’t sound like much, but using it to stumble on hidden coin caches and medical supplies is certainly helpful.

There are also friendly NPCs that loiter about in different rooms. These souls have requests and reward accordingly for your work. For instance, there’s a couple stuck in the Limbic System in need of purified water. A nervous priest has lost their prayer book and wants it back. Some NPCs will provide items in exchange for coins, such as health and attack boosts. One character in particular offers medals that boost the character’s defense, power, wit, and dexterity stats. NPCs move with you along each floor of the house, ensuring that the services they provide are always available. 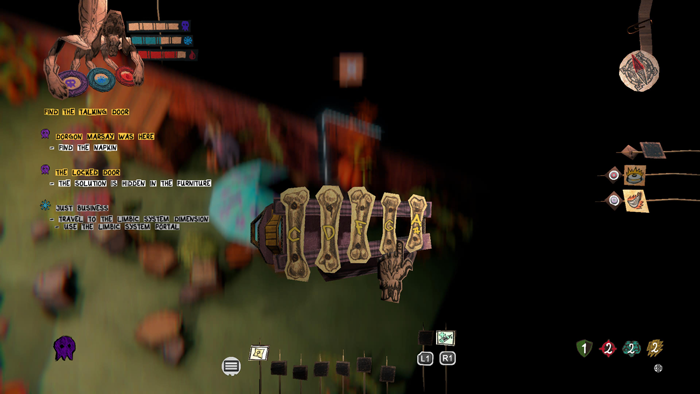 Paper Cut Mansion is a fun, if simplified, roguelite that benefits from a charming art style. The game opens with a warning that the adventure is themed around horror but it’s really hard to be scared of violent paper cutouts. Getting around each floor of the house can be a little disorienting because there is no map or landmarks to get your bearings. That confusion wears away the longer you play, however. There are a lot of familiar modular elements that become more noticeable with each playthrough. With its procedurally generated level design, a staggering number of endings, and creative artistic spark, Paper Cut Mansion is fun and can be enjoyed in short bursts. 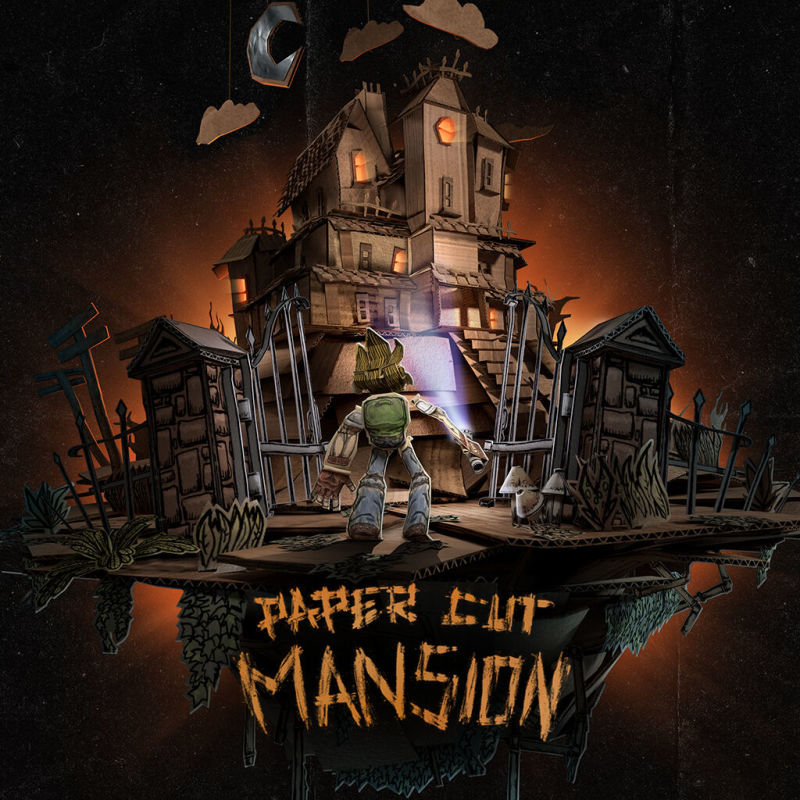