Observer Review – Some Cyberpunk and Some Junk

It’s always a sad thing when a game shows such promise but falls short of a fun final product. Observer (stylized: >observer_) had all the makings of an experience worth praising for all the things it did right, but it managed to decay in a couple major ways as the game progressed, leaving for a depressing post-mortem.

Observer puts us into the cybernetically enhanced eyes of Daniel Lazarski, an observer for the Chiron Corporation. In this dystopian future, Poland is controlled by Chiron, and you act on behalf of the corporation as a Minority Report-esque detective. While you can’t see into the future, you can see into the past by accessing people’s memories through a neural connection. The concept is solid, and Daniel Lazarski is a fun protagonist, for a while. He’s voiced by Blade Runner’s Rutger Hauer as if we needed proof that’s where Bloober Team drew inspiration. That aside, Hauer achieves something I haven’t seen in a game before; low-quality voice acting for the sake of story. What starts out as poorly articulated, corny dialogue starts to feel very fitting of the environment as you begin to realize everyone is only a fragment of themselves. They don’t talk like you and me because technically, they’re not.

“Even in the peaceful sequences, the sound adds an eeriness to everything and complements the world really well.”

This revelation comes through the people you meet. Whether they’re standing right in front of you, half man, half machine, or they’re only a singular eye on a static-filled view screen, humanity is only ever displayed in portions. This becomes a major theme for the entire game–what is humanity and how much of it has been sacrificed in this new world?

Again, to contribute to this concept, the world beats around you with a bleeding, mechanical heart. While investigating a series of grotesque murders that take place in a tumbledown tenement, the building itself becomes a character–a personification of the lowlifes that inhabit it. You can see their daily habits by what’s scattered around the floor, or what kind of books they like to read. Some people have terrible secrets, but you’ll only know about them if you search this world for all it has to offer. 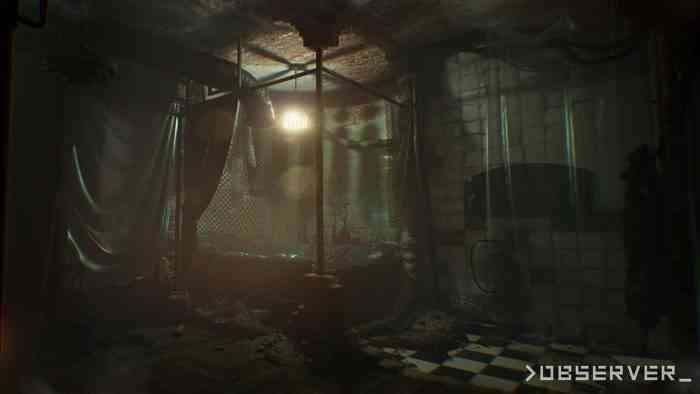 And it’s beautiful. I said this in my preview–the game is so detailed that every room feels unique. Tenements would have been the easiest things to just cookie-cut each room, but they didn’t. They breathe, or sometimes they don’t because whatever was in there died long ago.

So with all of this, where did things go wrong? It comes down to two things: the story falls apart almost out of nowhere and the horror elements of this game are shamefully easy, and sometimes buggy. For the first four hours, the story had my interest piqued. Cyberpunk almost always leads to the cerebral in one way or another, and Observer jumps into this concept almost immediately. This, matched with the detective aspect, and a friggin’ genetically engineered wolfman (I’m not joking), I thought this game could tell a story worth telling.

“What starts out as poorly articulated, corny dialogue starts to feel very fitting of the environment as you begin to realize everyone is only a fragment of themselves.”

But then it all comes loose in the final half-hour, which is all that remained of Observer after my preview. Things feel rushed, and they ride entirely off of the cyberpunk cliche of a broken reality. Who is who and who am I, and why should I care? A story can work using that element, but it can’t be the entire story.

As far as the horror parts of the game, I’ve had a harder time making sure I watered all of my plants in a farming simulator. The creatures are dumb, predictable, and at some points broken. When they’re not making the same, slow path over and over again, they’re getting caught in a part of the wall and staying there. 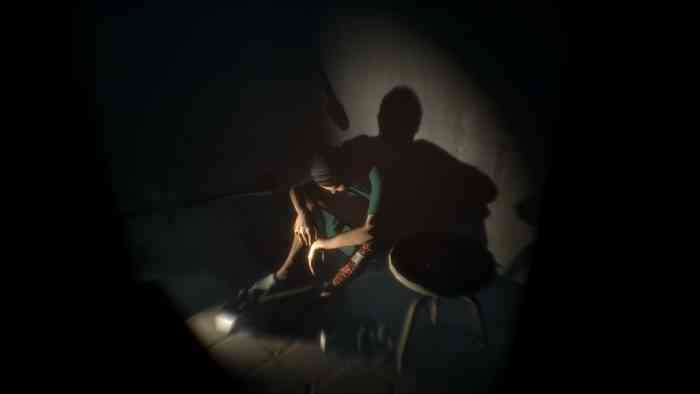 What makes these parts at least somewhat heart-pounding is the audio. Sound is a big part of understanding where the monsters are, but the digitized noises are constantly reminding you that something is coming, and it makes you want to either hide or run. Even in the peaceful sequences, the sound adds an eeriness to everything and complements the world really well.

But what are pretty things and great atmosphere if there’s nothing rewarding about exploring them? What sense of gratification can be found from outrunning monsters that don’t know they’re supposed to be chasing you? None.

Observer markets itself as a “cyberpunk horror game”, and I think that’s the stage from which it should be judged. Cyberpunk needs world building and atmosphere to flourish, and Observer brings that in full. But cyberpunk also relies heavily on a narrative, while horror is, well, horror. By this standard, Observer should be compelling and bone-chilling. And it isn’t. The scary bits aren’t scary and the story goes flat almost out of nowhere, leaving for an experience that is very stunted. 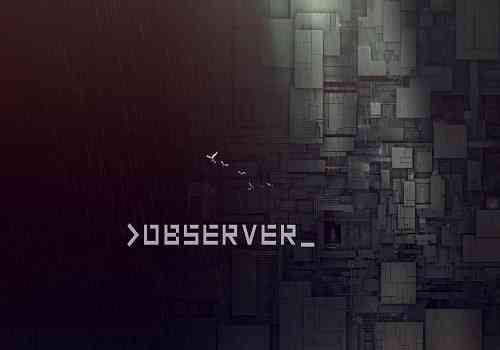 Observer: System Redux is Getting a Physical Edition This July
Next Hellblade: Senua’s Sacrifice Review – A Dark Descent into Absolute Psychosis
Previous The Long Dark Review – A Tense, Harrowing and Magnificent Experience