It is hard to believe it has been 12 years since 2K Sports first launched its Major League Baseball franchise.  2K’s beloved MLB game has come a long ways in recent years; however, Sony’s exclusive “MLB: The Show” has consistently earned higher praise.  Visuals, pitching mechanics and overall presentation are just a few areas that come to my mind when I start to question why “The Show” is often viewed as a superior product.  Despite this, 2K has made some considerable gains in recent years and most notably 2K11 seemed to really nail down that pitcher versus batter duel.  This year, MLB 2K12 did not get an overhaul but rather the developers looked to improve an already solid MLB game.  Did they manage to succeed?

When I first fired up the game, my initial thoughts were that this looks and feels a lot like last years game.  The menus, options, sliders and even many of the core gameplay aspects seemingly remain untouched.  In fact, many will absolutely argue that MLB 2K12 will feel too much like last year’s game.  2K will absolutely take some heat for this, but lets not forget many outstanding sports franchises do not make sweeping changes year after year.  Regardless, you can tell from the get-go the “if it ain’t broke then don’t fix” approach was taken with the game.

Much like last year, the focus of the game remains on the pitcher and batter duel and as a result the pitching and batting mechanics remain largely untouched.  It is very user friendly and easy to pick up.  It only took me a couple of innings to get back into the swing of things.

Much like last year, the pitching mechanics involves the use of the right analog stick after you have selected your pitch.  Once you select your pitch a transparent menu appears with directions on how to throw fastballs, curveballs, sliders, change-ups, and so on.  The only change as I see for MLB 2K12 pitching mechanics is the colour coded system that indicates when you have been pitching too many of the same types of pitch.  This new system forces you to mix up your pitches and not rely on one or two money pitches.  If you start repeatedly pitching the same pitch batters will tee off and in no time flat you will be getting a visit to the mound. 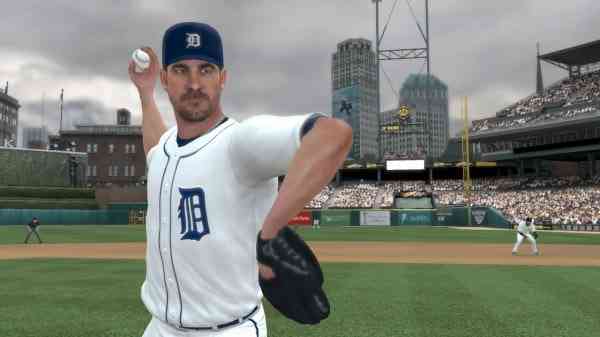 For the most part, the hitting mechanics remain untouched as well.  Much like last year, a power swing is accomplished pulling the right analog stick down and moving it up as you make contact.  Likewise, a contact swing is pulled off by moving the stick up and defensive swings are accomplished by moving the stick either to the left or right.  One thing I noticed right off the hop is the ability to hit home runs has improved.  I just found hitting the ding-dongs a tad easier.  Of course there are a number of variables that go into hitting a big fly such as your experience with the game, the player you are using, and your ability to hit the right pitch, but I for one noticed an improvement in this department.  Likewise, the AI is able to hit it out the park much easier this time around as well.  This being said, you still have to be patient at the plate.  If you come out swinging at every pitch, you will end up frustrated and hitless.  Much like a real life at bat, you have to be selective and patiently wait for the pitch.

As I played I also noticed the defense remains largely unchanged; however, I did feel like turning double plays was a little more difficult.  Also, I noticed the accuracy of your players throw is anchored by his positioning on the field.  In other words, if you make a throw off balance you stand a greater chance of throwing one into the dugout.  It makes for a more realistic experience, almost geared towards the more hardcore baseball gamer who wants every aspect of the game, including all the intricacies that go into having a good defense, captured in the game.

I do not know what it is but year after year base running always seems too finicky and tricky.  I am fine when I have one runner on the base but all hell seems to break loose when I have a couple of base runners.  Perhaps it is likely my inability to master the base running controls; however there has got to be an easier system than what is already in place.  It should not be so difficult to have a runner hold-up at first while you advance a player from second to third, yet repeatedly I had issues of this nature.

One of the more prominent modes in the game this time around is MLB Today Season Mode.  This new mode allows you to play an entire MLB season at the same pace as your favorite MLB team. Using the new MLB Today engine, you can track and compare stats against your virtual team’s real-life player counterparts.  The only downside is you cannot rush ahead and play more than a game per day.  That is unless you have fallen behind in the schedule.  Yet when you take into consideration how long a full length game in MLB 2K12 takes, you may only want to play one game per day.  It all depends on how on how much time you watch the in-between pitch replays and in-between crotch adjustments, but regardless I was somewhat surprised with how long each game took.  To me the games just seemed a little too long. 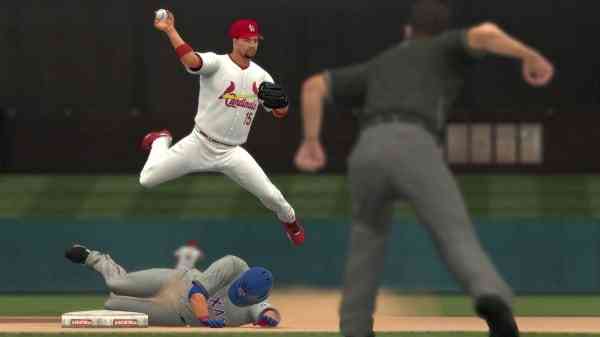 All your traditional gameplay modes are back again this year, so I won’t spend too much time re-hashing all them.  I spent the majority of my time in franchise mode, where you pick a team and work your way through a full 162 game season, or an abbreviated one if you want.  Given the length of one game you will be hard pressed to make it through a full 162 game schedule unless this is the only game you plan on playing until the fall.  I found most of my games lasted at least a good hour.  So make sure you free up some time before you jump into a game. This was unfortunately a fatal error I made time and time again.  It can be a tough game to play when you have a little one that commands your attention.

Visually, MLB 2K12 is a good-looking game managing to present America’s favorite pastime in all its glory.  The stadiums, players and everything you typically see in an MLB game is nicely presented.  If there was one thing that really impressed me this year it would be the player animations and physics.  If you are a fan of the game, some of the player’s signature animations should impress you too as they add a nice touch to the game.  From Ryan Howard’s pre-swing swagger where he taps homeplate a few times to A-Rod’s silky smooth swing, all the signature mannerisms that players have are found here and they are very effective.  It gives you the feeling you are watching a live MLB broadcast.  It was also nice to see the new Miami Marlins jerseys in actions as well.  Granted, some of the player’s faces do not appear all that recognizable and some of the batting stances seem generic, nevertheless I still see this 2K MLB game as an improvement over previous 2K MLB games in the player visuals department.

As far as the stadiums are concerned, 2K12 delivers in this area as well.  All of the stadiums are nicely lit and seem much more colourful and bright this year.  In fact if anything it makes you want to see more of the stadium and surrounding areas.  Another noticeable improvement is the fans.  Simply put, they look better then last year as they seem to add more to the overall atmosphere of the stadiums.  The lighting and shadow effects are equally stunning especially as the sun shifts as the game progresses.  It is all these little things that add up and make for an authentic and true to life baseball experience. 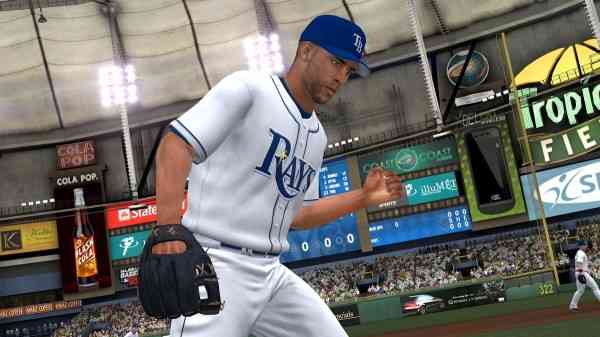 As far as the sound is concerned, MLB 2K12 is top notch and much of that has to do with commentating.  Gary Thorne, Steve Phillips and John Kruk are back again and do a fabulous job.  I used to comment how I preferred and missed the tandem of John Miller and Joe Morgan from previous 2K games; however, this is no longer the case.  The team at 2K added over 80 hours of commentating and the results are simply fantastic.  Rarely did I ever hear any repetition and even at one point I heard one of the commentators briefly cough much like you would in a real broadcast.  Some of the comments about the players previous seasons stats and some of the historical baseball information from previous years was not only interesting but bang-on as well.  It is arguably the best commentary we have seen from the franchise to date and it really helped make the experience feel like I was watching a baseball game on TV.

The in-game baseball sound effects are well done as well. The crowd chatter, umpire yelling strikes and balls, and the reaction from the fans when the home team makes a great play is very life-like.  If you listen closely you even hear the odd heckler.  The soundtrack is not the best we have heard from 2K but there are a few good catchy tunes otherwise this set list is mostly forgettable.

As I sit back and reflect on all the 2K MLB games I have played over the years, it is safe to say MLB 2K12 is the best of the bunch to date.  It is not a perfect game by any stretch but it is the most authentic and enjoyable 2K MLB game I have played.  Sure it still plays very much like last years game, but the enhanced visuals, much improved commentary, and gameplay additions have better positioned 2K to take a shot at dethroning Sony’s MLB The Show.