By now I think everyone has heard of Minecraft.  You have probably seen the amazing things people have done in this game during your virtual travels online.  While Minecraft has always interested me I had never played the game before this review.  When our Editor-In-Chief phoned me last Friday and told me that he was putting me on review duty for this game I couldn’t have been happier.  Minecraft almost defies description while being one of the more compelling games I’ve played recently.

As a gamer who struggles to find a lot of time to play lately, let alone have the time to master any specific game or genre, I find myself gravitating towards the more casual types of games recently.  Add to this that by no means am I an RPG player.  I’ve tried them but I have found them often too complex for the amount of time I have to put in to them.  Things like crafting and levelling are lost on me.  And now here is Minecraft on my Xbox 360 and I have to laugh as I have spent hours playing without putting it down, many of those were on my very first sit down with the game.  Even my wife sat and watched me play and she doesn’t like many video games.  Uh oh.

If you haven’t played Minecraft it is probably a safe bet that you’ve heard of it.  The game has amassed a cult-like following since it was released in its alpha form on PC.  The premise is super simple.  You exist in a blocky world where you are free to explore with no real goals other than mine stuff, build stuff, and survive.  If you are one for a more story-driven experience this is so not your game.  Your only limit here is your creativity.  The first thing Minecraft prompts you to do is build a shelter and for good reason.  When night comes, I should mention there is a full day/night cycle if you haven’t figured that out already, that’s when the bad creatures come out, and if you are not prepared it means a quick demise. So, what’s the premise you might ask?  The beauty here is that there really isn’t one.  There is no plot, there is no protagonist, and there is no character development like you’d expect in a typical story-driven game.  You just explore and mine things in order to make stuff and build things.  It is that simple, as you just let your own creativity be your muse.  As you mine various materials such as wood, earth, sand and stone you can build structures that are only limited your imagination.  I mentioned RPG’s earlier, not because this is an RPG (far from it), but because it includes similar elements such as the ability to craft objects using what you have mined.  Not only do you use what you mine to build things, you can also alter the properties of certain materials to turn them into completely new materials to use.  For example, sand can be turned into glass using a furnace or you can combine various edible items into food that will restore your health.  This crafting ability is accessible enough for a casual or rookie player, like me, to come to grips with it so thumbs up for that.

One needn’t worry if building isn’t your thing though.  There is a whole element of exploration and survival that will have you roaming the land and digging deep into the earth to see what you can find.  Rare materials to build better, as well as uber-items exist all around.  You just need to look hard enough for them, and naturally they are harder to find.  Just by digging deep into the earth I found all sorts of things from rare materials to build new stuff to hidden caverns, rivers and zombies.  That oh-so-compelling feeling of potential discovery will keep you thinking “just a few minutes more.”

While the PC version of Minecraft had both a Survival and a Creation mode it appears only the described Survival mode is included in this version.  By all means someone correct me if I am wrong, but I did not see any ability to change from the default play game option.  That’s fine by me though.  I like the dynamic of having to take survival into consideration.  And while I have yet to experience this myself, Minecraft has options for local and online multiplayer.  Hopefully I can bring more impressions of those elements after the game is released and I get some games in with our community members.

If I have to name any criticisms of Minecraft I really only have two.  As I touched upon earlier, this type of game certainly will not be for everyone.  There’s a chance that people might miss the point, or the fact there doesn’t appear to be any real point entirely.  The second criticism is the interface.  I have never played Minecraft on a PC but the inventory and crafting menus feel like they were made for a using a mouse.  Moving a cursor arrow around the window to select items with a controller thumbstick feels clumsy.  This could have been much more streamlined by just highlighting the item boxes in these windows and having the player move that around.  It just makes for a bit more tedious experience in the inventory and crafting menus than is necessary. While other games have done the whole 8-bit thing before I can’t think of anything current that takes on the look as far as Minecraft does.  Minecraft applies 8-bit retro to everything.  Whether it is pieces of earth, rock, trees, or even leaves, everything exists in its own cube of space.  Your character’s blocky head reminds me of 4D Boxing on my old IBM 486 PC.  Even the textures feature this level 8-bit blockiness.  This has all the makings of something rather ugly, but the fact the developers took this look so far is really one of Minecraft’s biggest charms.  This is contrasted by a bright and wide colour palette that really pops on a high definition widescreen.  In a game where exploration is such a key element, the fact you can see a long ways into the distance is important.  These faraway places just tempt you to explore them; so I did, as you will.

Much like I was impressed with the depth of gameplay and visuals, I was equally impressed with the detail in Minecraft’s sound.  This isn’t some big budget, cinematic game that must have a dramatic score and bleeding edge sound effects, and what exists in this 8-bit inspired world works.  The soundtrack is subtle enough to never get irritating and the directional surround sound really surprised me for such a game.  These aren’t ground breaking things by any standard, but I just didn’t expect the level of detail I found in such a simple looking game.  Turn it up when it is raining or listen to the sounds of the various creatures and animals for a further example of what I mean.

I am surprised at how a game that looks so simple on the surface can be as deep and complex as Minecraft is, but I can see there being two schools of thought on this game.  Some people will get it and others will not.  In the end this is truly a unique experience to the point where it defies description, yet it is accessible for all styles of gamers to play.  Even though the price is higher than your typical XBLA title the experience is well worth the price of admission.  The only limit appears to be your own creativity. 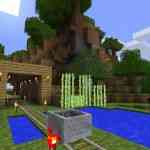 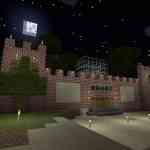 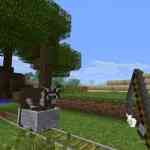 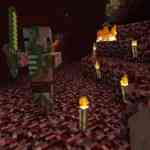 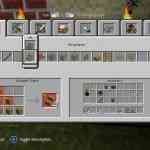 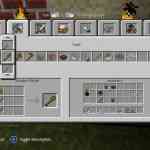 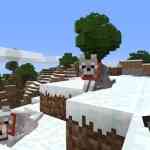 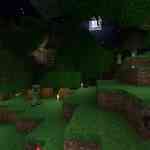 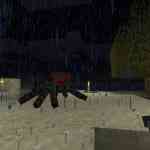 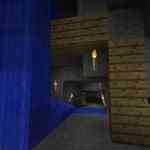 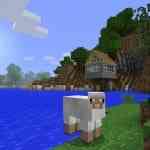 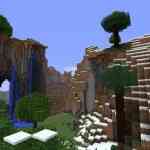