Back in May, I made a ‘Top 5 list of Games I Wanted to Like but Didn’t’. I failed to mention Metro 2033 but it was a close runner-up. The brilliant setting and atmosphere just wasn’t strong enough to put up with the frustrating combat, god-awful stealth sections and the support NPC’s that treated you like a five-year old. It felt like an amateur mod rather than a full priced game with a commercial release.

So imagine my surprise when I played through Metro: Last Light and absolutely loved it. Nearly all of the gameplay issues were resolved, the story was gripping and the atmosphere reached new heights. The developer learned so much over the course of just one game that it really caught me off guard. In a world filled with copy and paste sequels, playing one that genuinely improved upon its predecessor was a real treat. 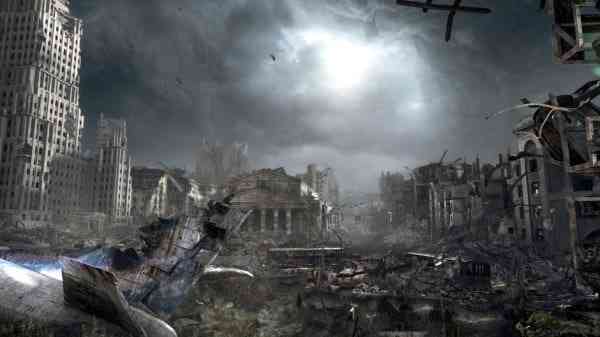 Because of all the improvements, many people thought “hey, why not go back and remake Metro 2033 with Last Light’s gameplay?” and it turns out that 4A Games was thinking the same thing. Welcome to Metro Redux. Now, PlayStation 4 and Xbox One owners can experience the best versions of both games as well as those on PC.

So how does Metro 2033 Redux hold up? Has it really improved from the original? The answer to that question is a resounding YES!

The problems mentioned above were what made me give up with the original Metro 2033 around the halfway mark. I wanted to get lost in the world and feel the tension and isolation but inevitably an NPC would do something stupid, my character would get stuck on an object, or one of the inputs would glitch and fail to work. Metro 2033 Redux doesn’t have this issue. You’re not encountering problems every five seconds, so the story and atmosphere can shine like they were supposed to.

As for gameplay, it isn’t like Metro: Last Light, it is Metro: Last Light. The guns, controls, enemies, shooting, user interface and artificial intelligence are all identical to the second game and that’s a good thing. Last Light evolved 2033’s gameplay instead of altering it, so when that same evolution is put into 2033, it fits like a glove. Aiming and shooting is responsive. Enemies – human or otherwise – are a challenge. Weapons have a real punch to them as you can sense every bullet tearing through your adversaries. But the game isn’t a non-stop rollercoaster. There are many quiet moments where you’re able to just soak in the atmosphere and world.

Revisiting these levels is made better by the fact that they are breath taking at times. Just as in Last Light, the environments are tragically beautiful. What was a generic brown and gray post-apocalyptic world in 2033 is blooming and densely detailed here.  None of these adjustments detract from the experience though. The game manages to remain faithful to the original while improving it and not just with the combat. Loading screens are far less frequent here as many of the old levels have been seamlessly combined into one. There are also some new hidden areas that can be found if you explore these remastered levels.

Now, does this mean that Metro 2033 Redux is perfect? No. Last Light isn’t, so why would this be? One of the biggest flaws of the original game were the support NPC’s. Whether their name is Bourbon, Khan or Miller, doesn’t matter, they were nothing short of rage-inducing. If they weren’t constantly getting in your way, they were too busy telling you what to do and then doing it for you. Sadly, it’s the same story here. Now, because the gameplay is improved, this flaw is easier to deal with. You’ll still spend way too much time waiting for them to catch up at a dead end, just so they can open a door!

Redux does fix the majority of 2033’s problems, but not all of them. Your ammo-grade bullets – Metro’s currency – are still tied to the reload button, stock sound effects remain present here and there and I still have a big problem with the moral points system but I’ll save that rant for later. Even with its flaws though, Metro 2033 Redux is great. And just like its sequel, the game does let you off the leash later on. The story is also helped by the improved visuals and the return of Artyom’s voice actor from Last Light, who fits the character much better than his predecessor. 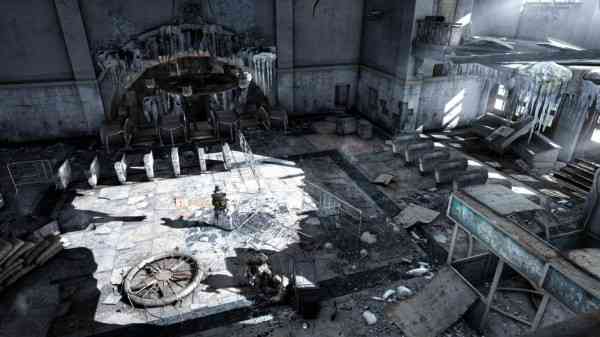 Speaking of Metro: Last Light, what does the Redux version of this game bring to the table? Well, don’t go in expecting a total overhaul like its prequel. Last Light Redux is largely the same game as previously released. The developers say that it has received a graphical facelift but I personally didn’t notice a difference. I might be able to if I were to see a side by side comparison, but if there’s a change, it’s a subtle one. Other minor improvements include some new melee animations as well as being able to check your watch and inventory.

Probably the biggest addition is for those that didn’t buy Last Light’s season pass. Redux comes with all of the DLC right from the start, including Ranger mode which was previously held hostage as a pre-order bonus. Even if none of the DLC is as good as either of the main campaigns, they do let you experience the Metro with different characters. Plus, all of the DLC guns can be found in 2033 and Last Light’s campaign.

If you do own all of the DLC though, then the only other addition is the option of choosing Spartan or Survival mode. These are two play styles that can be selected in the main menu screen. I played through both 2033 and Last Light in Survival mode for this review and honestly, after playing some of the DLC in Spartan mode, I don’t think it’s a major new feature…at least, not as significant as the developers say.

Slower animations, an analog watch and “deadlier enemies” didn’t alter the experience for me. If you’re going to go back and replay these, it’s because they’re great games. Not because Survival mode on its own makes it worth replaying. You’re getting basically the same experience as before but that’s not a bad thing. Metro: Last Light is one of the better games I’ve played in the last five years and I haven’t changed my mind. 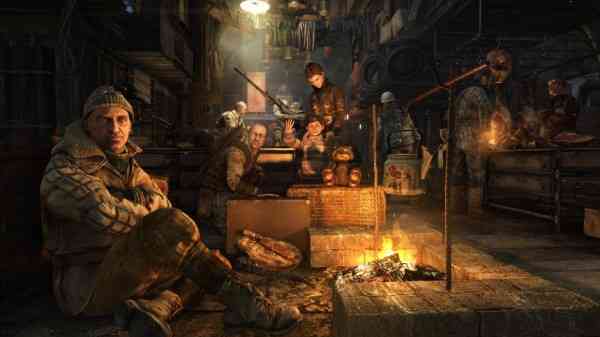 One of my favourite sequences is an optional one, where you enter a corridor, poorly lit and covered in cobwebs. After a minute of silence, you encounter a big creepy spider, but it’s weak when you shine your flashlight at it. No problem.Then three of his friends show up. Suddenly, you have to carefully choose which one to shine the light on, except you have to keep it charged by hand and it starts to run low. You fall back on your powerful shotgun to knock them back. But they start to overrun you. You get slammed to the ground in first person, as the spider tries to bite your face; meanwhile you slam the action key in a panic to get the thing away from you.

That to me sums up what this game is at its best. That perfect blend of tension, horror and action. If the next entry realizes Metro’s full potential, it could be the James Cameron’s Alien of video games. Missteps, such as the brothel scene, contrived romance and abrupt ending do bring the game down. The ending also isn’t helped by the moral points system from 2033. Now, why do I dislike this? After all, a game with two endings is better than one right?

The reason I’m not a fan of this behind the scenes moral system is that it’s a cheap way to get people to replay the game. Because there is no way to track the morality of your character, the only way you can find out if it worked or not is to play to the end.  For a game that tries – and succeeds – to be so involving, having an artificial system tell me that I don’t get the “good” ending because you didn’t do X,Y and Z is frustrating. Ultimately though, just like Metro 2033 Redux, even with its flaws Last Light is still great.

Time for the breakdown… those that have never played a Metro game before; go buy this right now! You get two great games for less than one full priced title. Play it now while the market isn’t over saturated with releases like it will be in the fall. 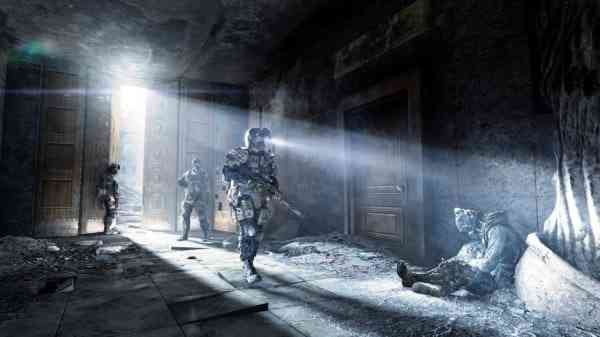 Those that bought Last Light on 360 or PS3 and now have a next-gen console; get this and experience what PC players of Last Light got the first time around.

If you happen to already have both games; get Metro 2033 Redux on its own. It’s practically a new game at this point and it’s a much better one. As for Metro: Last Light Redux, if the DLC interests you, go ahead and pick it up while the pre-order deal is going on or if it’s on sale. Otherwise, skip it. Survival mode and a couple minor improvements is not worth paying $25 for.

When all is said and done, this is an awesome collection and one that any gamer should check out. After playing through both of these all week long, it makes the wait for another installment just that little bit harder. 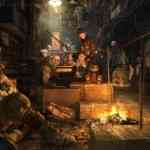 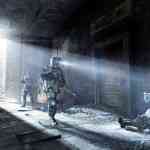 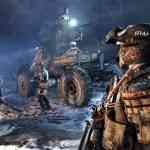 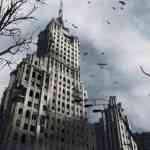 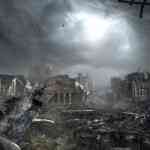 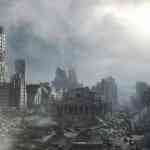 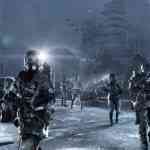 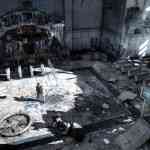 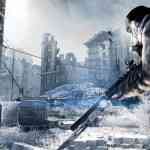