Throughout the 1990’s it sometimes felt like I spent half my time in the arcades, and after the success of Street Fighter II, there was a ton of fighters to play. New games were plenty with Capcom leading the charge. But what could make a 2D fighter more interesting?  How about a 2D fighter involving some of your favorite Superhero’s?  If that’s not enough, how about a having both Marvel and Capcom characters battling it out?  As a comic geek (you should see my old collection), this seemed like a match made in heaven.

Just as the fall rush of games has begun, Capcom has released Marvel vs. Capcom Origins.  Both Marvel Super Heroes (MSH) and Marvel Vs Capcom: Clash of Super Hero’s (MvC:CoSH) are bundled together with a bunch of extra content. Both games in the bundle play like your typical early Capcom fighter, with three punch buttons and three kick buttons varying in strength. You can also allocate a button each for all three kicks or all three punches, to make performing super moves a bit easier.  Most moves involve quarter-circles, half-circles, or charged moves followed by a punch or kick button. A power bar fills as you play, which you use up to perform super attacks. 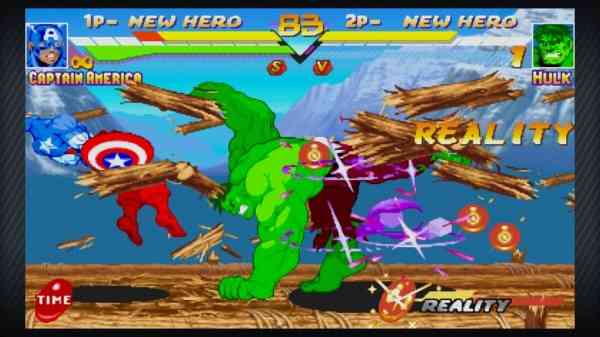 There are a few differences between the games that change things up, though. MSH which was released first in 1995 has the “Infinity Gem” system, where gems of different abilities – such as healing, super armor, or more powerful attacks – drop and you are able to use in battle if you hold possession of them. They are one-shot uses that do come in handy, and creates an interesting dynamic where you try to knock the gems off your opponent to grab for yourself if you use the right move. MSH comes complete with its original line up of Blackheart, Captain America, Hulk, Iron Man, Juggernaut, Magneto, Psylocke, Shuma-Gorath, Spiderman, and (my personal favorite) Wolverine. The end bosses are still there too with Dr. Doom and Thanos rounding things out. Honestly, the game looks really dated, and despite having some great ideas with the gem system, some characters do suffer from balancing issues.

MvC:CoSH, released in arcades in 1998, introduced Capcom characters from other titles that Capcom produced, like Mega Man, Strider, Darkstalkers and Captain Commando, with a few other characters from the Street Fighter universe to round it out.  A good selection of Marvel characters are still there too from the first game, with some newcomers as well.  All moves stayed basically the same from MSH, but the gem system had been taken out. However, you now have “assist” characters randomly assigned to you that you can call into battle briefly.  This game also has two-character teams where you can swap them in and out (the character off-screen can gain some of their health bar back slowly, so it introduces an extra level of strategy to the game). What I liked about MvC:CoSH was its multiple hidden special characters that could be unlocked by doing a pattern on the character select screen. It should be noted, though, that as a product of the arcade era, these games can be quite difficult – downright cruel at times, particularly against the final bosses.

So the bundled games have been perfectly ported in all their arcade glory into this neat package, but there is more to it than just the games. As you play and complete in-game “Challenges”, you gain points that can be used to unlock bonus content from “The Vault”, such as concept art of all the characters, ending movies, codes for unlocking hidden characters, or to unlock them completely so you don’t need to enter the codes. There are well over a hundred different things to unlock, so if you’re a completionist there is a lot to work for. 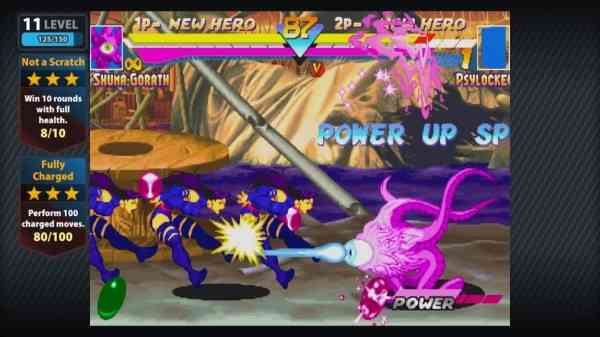 If you want to warm up a bit before jumping into a game, there is a training mode where you can select what characters you want and practice their moves without worrying about the AI fighting back. All the moves can be referenced from a menu when you pause the game during a match. This applies to both games, which came in handy since I hadn’t played these games in years.

After you have had your fill with the arcade mode of the games, you might want to try your hand at online multiplayer. Capcom’s done a fantastic job with online matches. You have a few options to play with, like a quick match, a custom match where you can choose between different game parameters, and create your own match. There are ranked matches too for those die-hard competitors.  The ping-times for your opponents are shown so you can be somewhat assured of a smooth match. The matches I played had no discernable lag.  There’s also a nice option to save a replay of your match to show off to your friends, or analyze later.

Capcom has taken a similar approach to this collection as they did to Street Fighter III in that you are given multiple options on how the up-rezzed graphics look, and various filters and screen modes to choose from.  For the classic look, you could go with a screen with the original 4:3 aspect ratio and a slight warping of the screen with scan-lines, for example.  You can also simulate a tilted screen of an arcade cabinet, or even an “over the shoulder” view that has you viewing the screen at an angle.  If you choose a screen size that doesn’t fill the whole screen, then the space on the sides is filled by ever-changing information on the many in-game challenges you can do to get more Vault points. 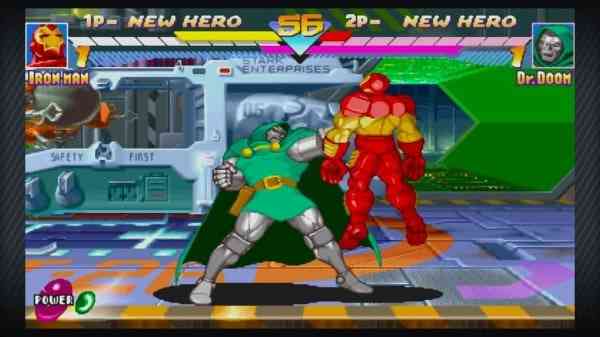 Visually MvC:CoSH holds up better than MSH in my opinion. Even with the options of taking the scanlines out of the game and sharpening the graphics, MSH really seems chunky. However, both games are bright and colourful, and the backgrounds have a good amount of variety and animation to them. The music of the games is all there and is still very catchy after all these years but it would have been nice to hear some updated versions of the tracks.  I always appreciated that each character in MvC:CoSH had his/her own theme that could kick in as they gained focus.  Sound effects are still sharp and clear and the voices of the characters are still amusing and bizarre. I would have liked to have seen the music included in the Vault to unlock and listen to without battle sounds on top of.

It is safe to say Capcom has put forward a nice package for those who really enjoy the old 2D fighters.  It was enjoyable to revisit the early games from the Marvel vs. Capcom series and see how the genre has evolved.  As a compilation, it doesn’t break any new ground; however, if you are a fan of classic fighting games and want an excuse to head back down memory lane then Marvel Vs. Capcom Origins is a purchase you likely won’t regret. 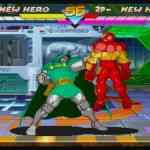 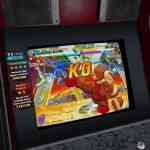 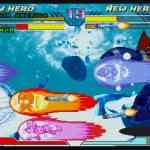 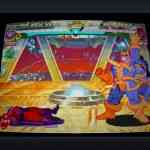 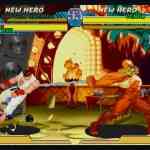 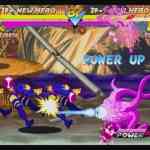 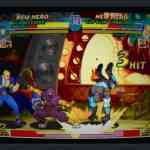 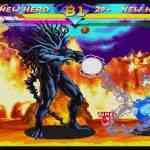 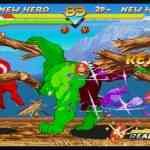 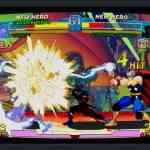