As I sit at my desk and stare at my computer screen I am pondering on what to really say about this latest entry into the Mario & Sonic Olympic Games.  As the Winter Olympics are just around the corner, Sega has unleashed their newest mascot cross over game in celebration of this major sporting event. Aptly titled Mario & Sonic at the Sochi 2014 Olympics, it’s time for some winter sport antics.  Yes, it’s a long title for a game, so in the interest of keeping it short we’ll just call it Sochi 2014 from here on in.  Where my issue lies in writing this review is that as an adult this game just didn’t do it for me, but when I handed the controls to my two kids (aged 7 & 9 respectively) the experience was different.  So alas, what is a writer supposed to do when faced with mixed results?  I figure tell it like it is and let you be the judge.

In a nutshell Sega has been making “officially licensed” Olympic videogames for a few years now, and as an interesting twist they have paired up Nintendo’s and their own marquee mascots for these games, Mario and Sonic.  Of course you’ll see other well known Sega and Nintendo franchise characters too as each game is a cross character oriented title.  As one would expect, the franchise focuses on Olympic events that are geared for each seasonal Olympic Games, Summer and Winter, but that doesn’t mean you won’t find non-Olympic events either.  In Sochi 2014, if you are looking for a deep story to be attached to this game (e.g. take your character from the ranks of rookie to champ) you won’t find it here, as the focus really is on playing the various events and using the hardware of the system.

If there is one thing I have always looked forward to when playing any of the Mario & Sonic Olympic games it is the on-screen representation of the various sports challenges offered in each one.  Sure, some have been duds in the past, but there have been a lot of good ones too.  So needless to say I was looking forward to seeing what Sochi 2014 offered.  As well, given that the last Sonic & Mario Olympic game I reviewed was on the Wii, I was interested to see what new control schemes may be introduced in Sochi 2014 on the Wii U. 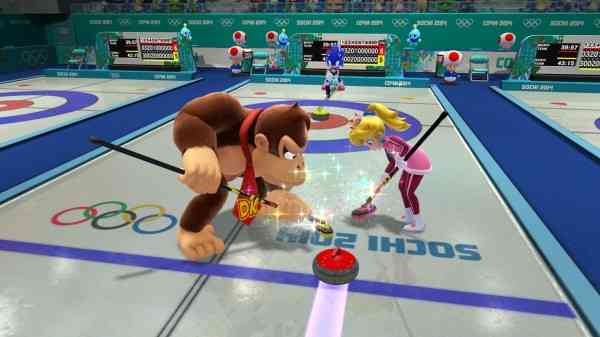 In this latest edition of the franchise you’ll find 18 events for your gaming pleasure.  Out of this 18 over half are those based on real Olympic events and the remainder are known as “Dream Events”.  These Dream Events are more “party” oriented like snowball fighting or a “Bullet Bill” sledge racing event, and they are meant to spice up the variety above and beyond the ‘regular’ sports events.  As for majority of Olympic events, you’ll find curling, hockey, figure skating, snowboarding and bobsleigh to name a few.  There is a nice mix of events overall, but I think that many will find a “stinker or two” in this collection.  Personally I found myself enjoying the Hockey event (hey, I am Canadian, what do you expect?).  It’s like a simplified version of Midway Hitz but with Nintendo and Sega characters.  You’ll take some overpowered shots while making some over the top hits.  It was fun in short bursts and something I didn’t mind at all.  Conversely, I found that I didn’t enjoy the speed skating too much, if at all.  There was just no long term excitement in getting my character around the oval.  In the end it will be personal preference though, so you’ll have to be the judge here.

Sega has tried to make this game more than just a “party-like” mini-game experience. Sochi 2014 offers up a single player campaign mode called Legends Showdown.  Here you must make your way through a series of events against the computer AI.  After making through each area you’ll end up competing in what basically equates to a boss battle.  Well I commend them for instilling a campaign like mode into the game; I didn’t particularly enjoy it per se.  The AI can be quite tough in normal mode, and overall there seemed to be a lack of excitement.  The two other noteworthy modes are Medley Mania and Action & Answer Tour.  Medley Mania is basically a series of events, but without the story trimmings of Legends Showdown.  The Action & Answer Tour is a mixed mode of random events that have a bit of Olympic flavour with a little trivia thrown in for good luck.  It was nice to see a few more things to do in the game as it adds a bit of overall longevity to the title.

Of course one of the mainstays of Sochi 2014 is multiplayer.  For the first time in the series you have the ability to play both locally and online.  Local multiplayer really harkens back to the days of early gaming for me.  Sitting on the couch with others and playing is fun, and of course the playful smack talk that comes with it is enjoyable as ever.  The new online gameplay is limited to four different events, three that are Olympic based and one Dream Event.  You can play with random strangers or friends.  It is fun, and the few online events I played were pretty solid, but there is no voice chat and you are booted to the main multiplayer lobby afterwards, which makes setting up the next match a pain in the butt.  I really wished there were more events to play online and that the game would allow me to stay in the same online room with people who I was having fun with.  Interestingly enough the game also has a bit of “Country Pride” as the points you earn in multiplayer matches affects where your country lies in the global standings.  GO CANADA GO!!! 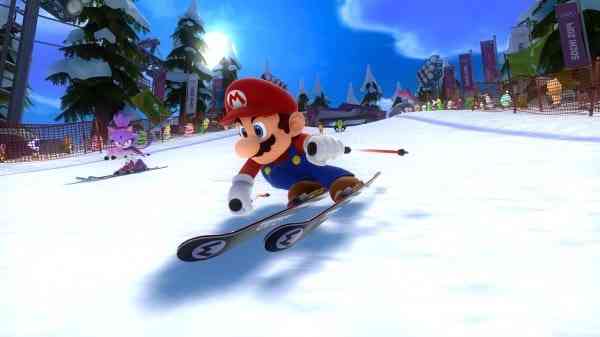 Controlling your on-screen action is where I found this game to take a few missteps.  First off the game utilizes not only the GamePad, but the Wii Remote Plus as well.  So if you don’t have any Wii Remote Plus controller then you’ll need to buy new ones or find a Wii Remote Plus adapter.  Some of the games utilize the GamePad quite well.  For example, when curling you actually can use the GamePad screen to check out rock placement and then draw in where you want your rock to go.  It’s kind of neat and adds some more strategy to the gameplay.  That being said, where I found the most difficulties was that the game’s motion sensing capabilities is all over the map and it wasn’t consistent.  For example, in some runs I could keep my snowboarder or skier on track, while others I seemed to be going all over the course.  It was frustrating at times as I know I am not that bad of a gamer.  I just can’t explain why these control issues were present but it could be frustrating for me as the motion control could vary from accurate to inaccurate with no warning.

So, if you remember the start of this review I mentioned getting my kids involved.  Well, I let my 7 & 9 year old take the reigns of the game and I sat back and just watched them.  There were a few times that I had to help them understand the games controls, and during this time they did ask why one got to use the GamePad while the other didn’t.  Once we finally came to an understanding that they could take turns using the GamePad we were able to move forward.  Having to explain game controls was expected too so that wasn’t a problem.  As I sat back and watched them play they had a lot of fun.  Sure, they got frustrated with a few things now and then (e.g. controlling their player) but in the end they laughed and giggled more often than not.  They enjoyed the on-screen action, they marvelled at the characters on screen, and they were just happy to be playing this game as their sibling rivalry heated up.  For me this was a key factor in my impressions as watching them play as Sochi 2014 it was clear people can have more fun with it then I expected.  Heck, I found myself having fun watching them have fun too.

At the end of the day I find myself mixed in regards to my impressions of Mario & Sonic at the Sochi 2014 Olympics.  There are some enjoyable events to play, but there are also some that can just be forgotten about, and the control’s inconsistency really caught me off guard.  Overall my thoughts were leaning to be more negative than positive, but then I watched my kids play and the smiles on their faces said a lot.  Sure, they still had some issues with the gameplay now and then, but they were enamoured by the visuals and being able to play with the mascot characters they have gotten to know over the years is something they fully enjoyed.  With this in mind, I think I am safe to say that this is not the best game out there, but it is far from the worst, and it can provide kids with some definite fun over the winter months for sure. 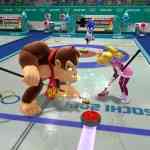 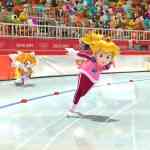 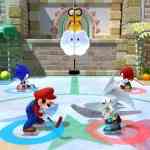 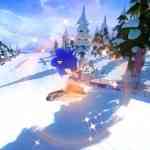 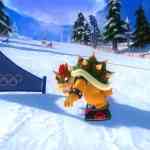 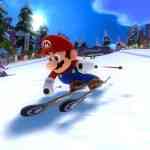 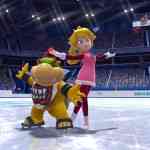 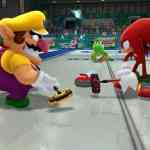 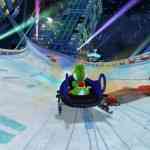 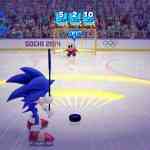 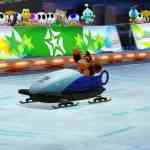 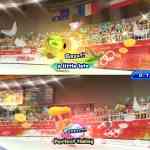