As an avid reader of fantasy novels, I have read about countless magical systems in many different magical worlds, all of which are painstakingly learned by their respective protagonists. In games, however, powerful magic is often just a button push away, already mastered by the mage in your party or a power that came naturally to the player character. In Mages of Mystralia, however, Zia is a budding mage apprentice, and this coming-of-age theme combined with the game’s remarkably robust magic system brings the feeling of figuring out that magic yourself, without having to flip through a dozen or so pages of a hardcover book.

This magic system is the core of Mages of Mystralia, as much of the game revolves around it. In Zia’s exploration of her world, she comes across runes and modifiers for her powers, she fights a variety of monsters which must be bested by her magic, and she must solve puzzles by using it creatively. In Mages of Mystralia, there are four base spells which can be altered by runes found in the world. For example, Zia’s fire spell can be changed from one best suited for lighting candles to a fire cannon by a movement behavior rune. Add another behavior or two on top of that, and you can make a homing fireball that explodes upon contact to really roast your enemies. Just remember — the more runes you pile on, the more mana the spell will use at once. After you’re done mixing, you can set up your loadout and easily toggle between your customized spells.

“Mages of Mystralia not only encourages you to mix and match to your heart’s content but requires you to do so.”

Mages of Mystralia not only encourages you to mix and match to your heart’s content but requires you to do so. The player must have a thorough understanding of the magic system to solve certain puzzles and progress through the game, but this isn’t difficult to learn — just experiment. There are simpler puzzles in the world that consist of reorganizing disks to the correct order to more complex ones, which require the use of your magical arsenal. These puzzles start out easy, but once the game gets into customizing spells, the difficulty kicks up as they require you to think creatively about all of the runes you have in your catalogue. 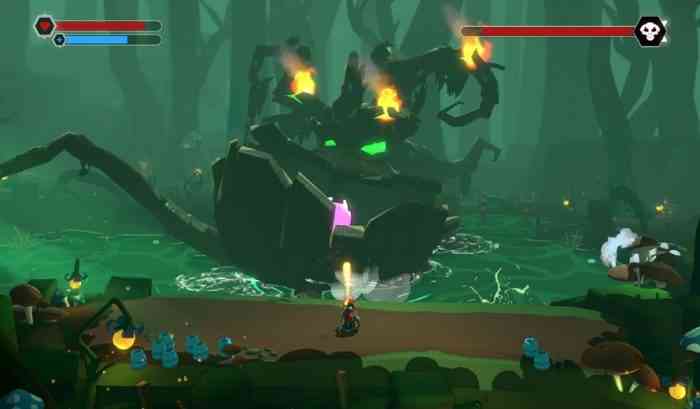 The puzzles and combat trials you find and complete throughout the world will give you in game rewards that can go towards upgrading Zia’s health and mana bar. While these improvements are not necessary, they are helpful for the clever boss fights of the game. There is less of the classic “hit the weak point” routine and more of a requirement to use Zia’s magic strategically. One boss fight that particularly stood out to me was a chess-themed one against a flying ghost queen in Mystralia’s catacombs. During this fight, the queen would hide and summon giant hands that attacked Zia with chess pieces, and you had to depress certain buttons on the field to reveal the boss again. It required me to load up my fire spell with as much power as possible (for when I actually could hit the boss), and swap out my shield for a cloning spell as the tide of battle changed. I would use the stone Zia clones to push down the buttons on the field, dodge incoming attacks, and rush to find where the queen was hiding. It was one of the most creative boss battles I’ve faced in an action RPG in a while and an incredible use of the games’ greatest strength.

Something that added to the difficulty of the fight, however, was the fact that Mages of Mystralia runs at a framerate that is slightly lower than ideal. At times, the game can freeze if you fight too many enemies at once, but since hordes of enemies do not appear too often, this is rare. The environments of Mages of Mystralia are the standard fantasy-fare; you have your forests and snowy zone and portside city. It is linear, but with the top down view and winding roads, it looks as if you are looking down on the most colorful diorama. The vivid coloring of the game, attention to detail, and little things make the game feel more lived-in but fall short of making up for the lack of interactions Zia has with the characters of it. 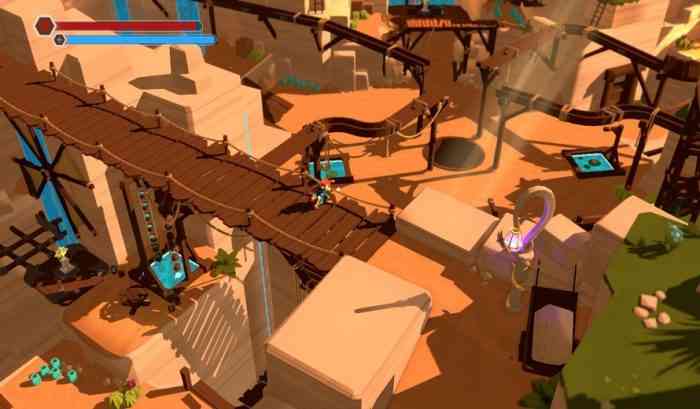 The lore of Mages of Mystralia is considerable, but the game never truly dives into how the characters are affected by their world’s dark past, making it difficult to care about the story. In the beginning of the game, Zia accidentally burns down her home with her new magic, and it is strongly implied that she killed her uncle in the process. However, this is barely addressed by other characters, let alone Zia herself. We know so little about Zia, how she feels about her situation and her opinion of the political climate of her world that is directly affecting her. It can be argued that since she is the player character, there is more room for her to be a blank slate (though she has her own dialogue), but other characters in Mages of Mystralia are similarly underdeveloped. Early on, Zia’s “mentor” is simply a quest giver (with some stilted dialogue to boot), and the talking book that accompanies her does most of the teaching anyway. Other minor NPCs can be spoken to, and Zia can receive some basic sidequests from them, but there isn’t a journal or anything that keeps track of the tasks she is asked to complete.

“The lore of Mages of Mystralia is considerable, but the game never truly dives into how the characters are affected by their world’s dark past, making it difficult to care about the story.”

While the magic system that is the core of Mages of Mystralia is outstanding, the rest of it can use some of that creativity as well. It is a game where a sequel may be due, to add to what Borealys Games has made here and really bring this world to life. 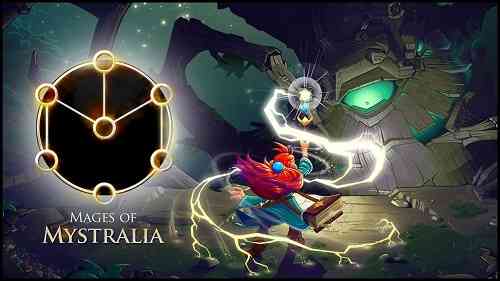