There is no question we’ve all waited far too long for an open world post-apocalyptic Mad Max game. An adventure with Mad Max blazing around sand filled wastelands with his V8 Interceptor taking on gangs of marauders as he searches for gas and water seems like a no-brainer. Such an experience should be fantastic, right? With the publishing team behind the successful Batman games and the developers who delivered the underrated Just Cause games, there was plenty of reason to be optimistic in believing this would be the Mad Max game we have been waiting for. After spending the better part of the past week in Max’ mad world, I find myself unwilling to escape this glorious savage wasteland. While it may not be that definitive Mad Max experience we have all been waiting for, it’s still a superb open world adventure game brimming with personality.

Despite the hugely popular Mad Max Fury Road movie this summer, the game is not a direct tie in. Aside from the desert setting, Max and the relationship between the movie’s Immortan Joe and the games Scabrous Scrotus, Mad Max doesn’t act as an extension to the movie. In my mind, this is a good thing as many of us have a tendency to dismiss movie tie in games, so kudos to the development team for keeping the movie at an arm’s length.

As you would guess you play as Max in what is fundamentally a story of revenge and survival. The game starts out with a bang as a group of War Boys, who are controlled by the warlord Scabrous Scortus, take down Max and along with it his Inceptor. They also pillage everything off his back, including all his weapons and supplies. The War Boys left him for dead in the hot desert sun. Eventually Max musters up enough strength to wander the wastelands where he runs into a gnarly looking hunchback by the name of Chumbucket. This oddly shaped fella is a talented mechanic who idolizes Max and is prepared to do what it takes to build Max the ultimate road assassinator, the Magnum Opus. The two quickly form a partnership embarking on a journey to build up the Magnus all with the goal to extract revenge from Scrotus and his War Boys.

“You can lost in the ugly beauty of this world for hours and while there isn’t much in the way of storytelling throughout, you are never at a loss for things to do.”

Once the opening cut scenes are out the way and you venture into the desolate world, the overall pace of the game slows. The first few hours are tied up in teaching you the ins and outs of the game, and is hell bent on sending you out on a series of fetch quests all to upgrade your car. At times the first quarter of the game felt directionless and a bit of grind as upgrading Max and the Magnus takes time. This being said, once those first few hours are out of the way and you start to feel like you know what you are doing out there, the game turns into a thrill ride and hard to put down.

It isn’t Max’ gruff demeanor, the vehicle combat or the massively stunning world that makes Mad Max a satisfying game. It is the entire package but this being said it is also a little too familiar. Mad Max borrows elements from Batman, Shadow of Mordor, Far Cry and even the Burnout series. The map, missions and side quests all have a ‘been there and done that’ feel. There isn’t really anything particularly innovative that the game does; nevertheless, it is the sum of its parts that seemed to really resonate with me. 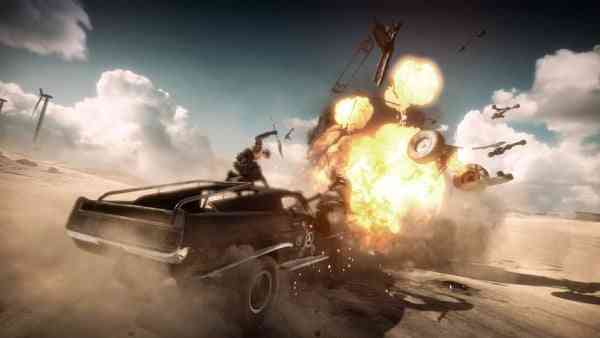 You can get lost in the ugly beauty of this world for hours and while there isn’t much in the way of storytelling throughout, you are never at a loss for things to do. It is a live breathing world and dangerous one which you will quickly find out while enroute to your first mission destination. The amount of variety is impressive. You will burn fuel depots, take down gangs, topple their intimidation totems, salvage areas for scrap, jump aboard a hot air balloon to survey the land, run into a mysterious dude who grants you upgrades, and participate in death races. While searching for land mines was an annoying little side quest, the bulk of what you can do in the game is highly enjoyable and rewarding.

It is this rewarding progression system that will keep you coming back for more. You can upgrade everything from Max’ beard, his weapons, car, health, tools, combat moves, and more. The list is endless so fortunately nothing is ever a waste of time as simply collecting some scrap metal (the games main currency) all lend a hand at making Max into a one man wrecking crew. There is rarely a moment in the game where you aren’t earning something and in the end it changes your experiences in the game.

The vehicle combat will be the highlight for many as its fluid and brilliantly brutal. Mashing into another vehicle or using your harpoon to pull a driver out of the window, Mad Max’ car combat is awesome. The thrill of taking down a convoy of insane baddies with their souped up muscle cars is thrilling and there are so many creative ways you can take them out. Every encounter feels fresh and this aspect of the game never felt repetitive. The melee ground combat is equally satisfying as the sense of familiarity allows you to become a proficient fighter right from the get go. The melee combat truly shines when rattling off a chain of attacks and when Max’ Fury Mode kicks in and he becomes an unstoppable ass kicker. 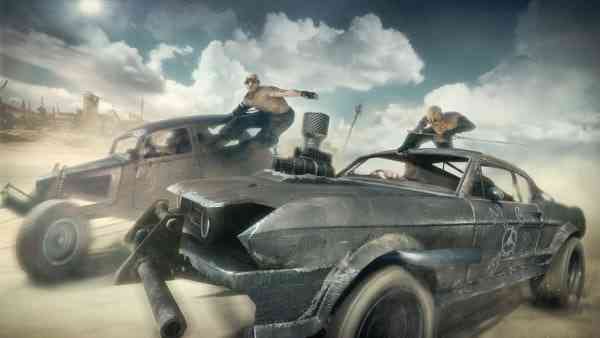 Visually the game is impressive, pushing the consoles hardware to near capacity. There is no question Nathan Drake’s next adventure will likely top this one in the looks department but for now Mad Max is a stunner. The open desolate wasteland is gorgeous as it is ugly. Granted there are long stretches of land where there is nothing. Later in the game you see why the development went with the level design they did.

Character animations and vehicles are wonderfully detailed. It is a beautiful tribute to the movie franchise and is about the best we could have hoped this game would look. Granted, I did notice the odd glitch here and there but this is nothing that cannot be rectified with a patch. Sound wise, Mad Max is just as good as the visuals as it features a memorable soundtrack, terrific voice acting and cars that roar just as they do in the movies. Crank up the volume, Mad Max is ear candy at its finest.

If Mad Max had been released 14-months earlier, we may be talking about this game in a different light. With so many other fantastic open world adventure games on the market and as we head into the busy gaming season, there stands a good chance Mad Max gets lost in the shuffle, which would be a shame. Mad Max’ glorious vehicle combat and unrelenting upgrade system lends itself to a game you can easily soak 50 plus hours into. Like the movie, Mad Max is the perfect summer time romp and should surely whet your appetite before the true Road Warrior inspired game releases later this fall, Fallout 4. 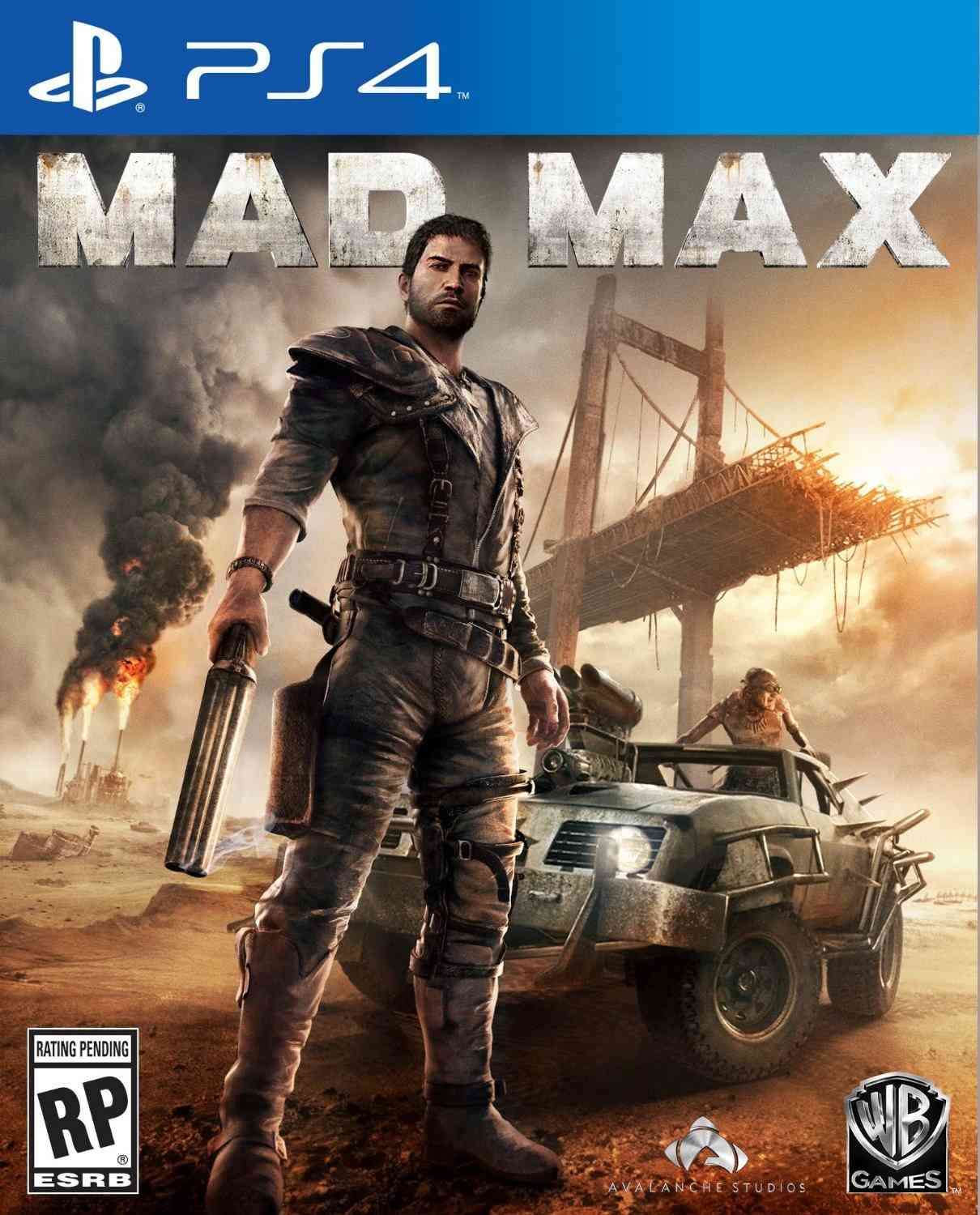