As virtual reality headsets rise in prominence, with PlayStation VR leading the pack in terms of units sold, consumers are now getting used to purchasing expensive add-ons to enhance their console or PC experiences. Throw in the addition of 4K, HDR-capable televisions, and monitors, and your standard console experience from the mid-2000s is starting to look a bit pre-historic with PlayStation 2’s inexpensive multi-taps being the premiere add-on for most gamers. Combine the new technology with a racing wheel, however, and you begin to enter the realm of absolute simulation. Logitech’s G29 racing wheel comes with a few minor issues, but is one of the most immersive products on the market, especially when combined with the previously mentioned innovations.

Surprisingly then, it was a bit shocking to boot up Project Cars 2 for the first time and question the on-screen visuals, but that’s an entirely different conversation. Alongside Slightly Mad Studios’ hit sequel, the two other games I primarily tested on the wheel for PS4 – Xbox players can grab the wheel’s equivalent, the G920 – were 2014’s brilliant Driveclub and the heavily competitive and online focused Gran Turismo Sport. In terms of specs, the key feature on the G29 is certainly the force feedback features. It also comes with a 3-pedal base and, for the more fanatical gearheads among us who want to spend a bit more, a very comfortable shifter add-on.

“Just the sheer thrill of overtaking opponents is enough to make me ditch my Dualshock 4 in the future.“

The wheel’s got all the buttons you would need to navigate the PS4’s user interface as it sits tightly locked on a steady surface – which is, besides the price, another obstacle that console and PC add-ons have to leap. Simply put, you’re going to need a fair bit of space if you plan on having a comfortable session similar to the requirements of virtual reality headsets. Once that is sorted out, you can finally get your hands on the extremely comfortable leather wheel that has two useful medal paddles sitting just behind it on either side. However, some titles just don’t have enough support to fully utilize the breadth of options on the wheel. While it took me half an hour to perfect my settings in Project Cars 2, which thankfully allows you to adjust anything and everything to your liking from force feedback to button configuration, the options were lacking in titles like Driveclub.

In terms of the actual racing experience though, Evolution’s quasi-simulation, quasi-arcade racer was actually the best experience for new players or those making a return to racing wheels. While the game certainly allows the player to feel the sense of speed it’s known for on a standard controller, plugging in the force-feedback ready G29 makes for an infinitely superior experience. Just the sheer thrill of overtaking opponents is enough to make me ditch my Dualshock 4 in the future. The G29 offers such an incredible level of nuance that immediately began to make me a better racer – or rather, a more attentive one. 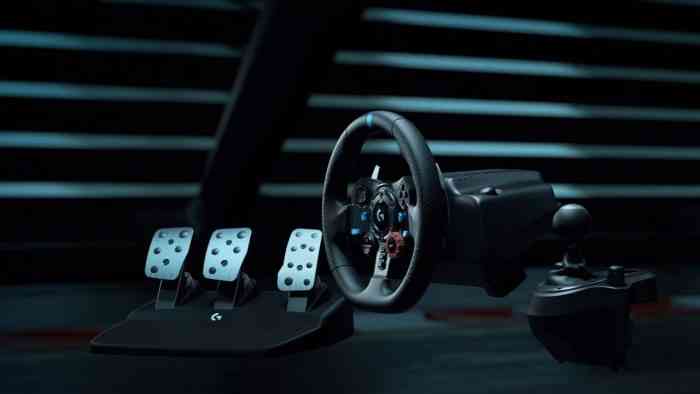 This can also be seen when tweaking the force feedback settings on Project Cars 2. The intricacies of shaving a turn with wobbly rubber of your tires made me appreciate just how difficult it must be to be doing this in the cockpit of an actual car, which is an experience that Project Cars 2 allows you to imitate through its ridiculous amount of settings aimed at fully realistic gameplay. Newcomers should think twice about pushing the force feedback settings to the maximum though, as it takes a lot of time just to get used to how much one has to compensate when making simple turns on a racing wheel as opposed to a controller. The learning curve is not nearly as steep as I’d have imagined, although it’s best to avoid total simulations in the beginning – which is where Polyphony Digital’s Gran Turismo Sport comes in.

While I may have had the most fun testing out 2014’s Driveclub, the recently released Gran Turismo Sport is what this wheel feels like it was made for. It’s not the complete simulation that you’ll get from Project Cars 2, but Sport’s focus on making the player a better racer through its trials, challenges, and recently added career mode is exactly the type of training that one needs to radically and efficiently improve their ability on a racing wheel.

“At times, the force feedback can feel a bit inconsistent, but I think the problem fixed itself on the second and third laps“

There are some minor annoyances though, but they’re problems that can be allayed over time. Most of which concern the simple reality that you’ve got to get used to the wheel. The 3-pedal base isn’t as sturdy as I’d like it to be, and it would be awesome to have the ability to adjust the tension of the individual pedals, although that may take the G29’s $350 price-tag and raise it quite a ways. At times, the force feedback can feel a bit inconsistent, but I think the problem fixed itself on the second and third laps as I began to counter a few erratic movements.

Logitech’s G29 racing wheel for PS4 (and PS3!) is a brilliantly designed wheel from its comfortable leather finish to the extremely useful medal paddles sitting behind the wheel and realistic force feedback features that make for an immersive ride. While I and many other gamers might not be looking to get into the upper echelons of the many eSports racing leagues, with a bit of practice and commitment, I’ve already seen my driving ability improve. 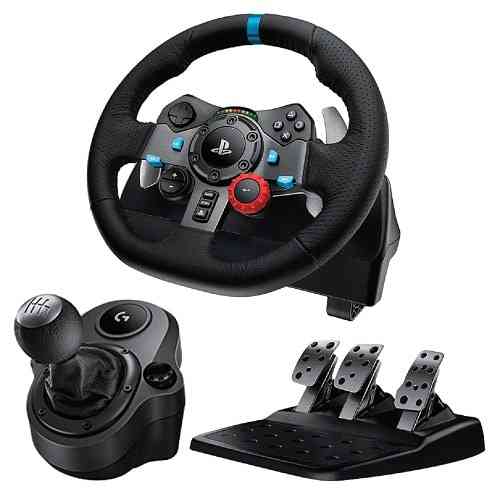 
Get Razer Huntsman Gaming Keyboards, Logitech Mice, and Bose QuietComfort Headsets Up to 60% Off

Get Razer Gaming Headsets, Logitech Gaming Mice, and Jabra Evolve2 Headphones Up to 41% Off

Get Razer Chroma Keyboards and Logitech Gaming Mice at Up to 50% Off
Next Brawlout Review – (Super Smash Bros) Brawl for All
Previous Life is Strange: Before the Storm – Episode 3: Hell is Empty Review – The Price of Friendship