During the Christmas holiday season have you ever watched “The Holiday Yule Log” on TV and think “Hey, that would make a fantastic game”?  I didn’t think so, but Tomorrow Corporation saw potential for fun in those flickering flames.  Surprisingly they have developed something truly special in a game called Little Inferno.  Tomorrow Corporation is a three-person team, who have previously worked on great puzzle games such as World of Goo and Henry Hatsworth in the Puzzling Adventure, and they have combined their talents and brought us something very unique with the new Wii U eShop game that brings out the inner pyromaniac in us all.

The game is centered on the Little Inferno Entertainment Fireplace, a simple brick hearth that provides both warmth and entertainment to your young character during a seemingly endless winter.  Within this hearth anything and everything can be burned with a touch of the GamePad screen with the Wii U stylus.  Burning these items gives you coins to spend on more items to burn.  You can order items from a series of mail order catalogues (there are seven to unlock) which are sent to you from the flamboyant CEO of Tomorrow Corporation (yes, the same name as the developer) Miss Nancy and you can purchase an odd mix of items to burn, from a plush doll to a mini nuclear bomb.  There are no penalties, no time limits, so you can experiment with burning, and watch the different wild effects and how each item interacts with each other. 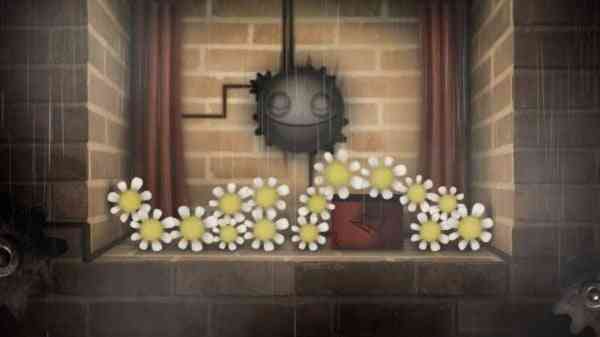 What I just described above is the only thing you do in this game.  You basically watch things burn.  You would think that this would grow tiresome, but surprisingly it can be quite entertaining and addictive.  You are not burning things at random either.  There are 99 different combinations of items to burn, which gives you some sense of direction.  As you complete these combos you can earn coins, unlock more catalogues and progress through the story.  The hint to how to complete the combos can be found in the title of what you are trying to do.  For example, in the Generations combo, you are required to burn a Spider Egg and a Family Portrait; or the Movie night combo, you burn a TV and an ear of corn which then pops into popcorn.

The narrative is told through a series of letters you receive from various characters, and you will find that the majority of them come from a young neighbour girl, Sugar Plumps, who you’ll grow quite a attached to.  Through these letters you’ll get the idea that things aren’t so great on the outside.  As burning things become a bit tedious later on in the game, these letters will keep you going and you’ll want to find out what happens to her, especially after a certain sad event later on in the game.

Remarkably, Little Inferno is a game that will bring out many emotions.  I felt strange when burning things.  It was weird.  Why was I burning everything?  It was very satisfying to set things aflame, but at times, I couldn’t help but to feel bad about doing it, watching a plush toy sadly look at you as it burns, or a picture of a family reduced to ashes.  I think of a moment when my daughter was playing, and she burned a funny cat toy.  She was laughing as the toy pooped all over the hearth, but she was also very sad that she had to burn it. 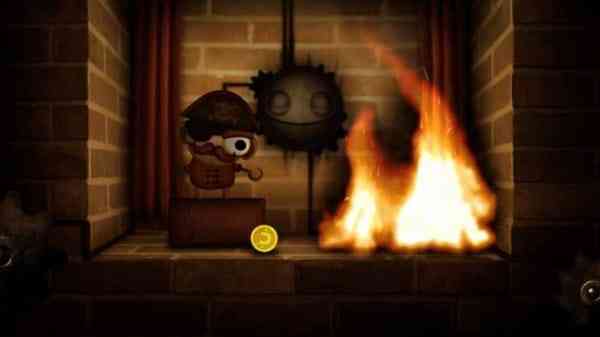 Little Inferno is filled with such dark yet humorous moments and the imagery is very fitting.  Dark dreary tones and odd bugged eyed looking characters populate the game; however, the flames were bright and look very realistic, and the animation of each item and how they interact with the flames was very well done. The music, consisting of odd cheerful tones, was quirky but charming and very appropriate for such a unique game.

My daughter and I both played through this game, and it took us both approximately 4 hours to complete.  It’s short, and once all of the combos are completed, there really isn’t an incentive to play it again. Without a score, no penalties, no time limit, it really feels more of an interactive story rather than a game.  As an added bonus too you can play the whole game on the GamePad screen, which is pretty neat given it looks just as good as when on the TV.

Overall I would have to say that Little Inferno is a solid game.  Although I do consider the price of $14.99 a bit steep (editors note: at time of posting this review it is on sale for $9.99 until Jan. 4, 2013), it is unlike anything I’ve ever played before; such a unique, enjoyable experience, one that will leave you thinking about it days after playing.  I can’t help but recommend it to any Wii U owner.