LEGO The Hobbit (Xbox One) Review – Dwarves, They All Look the Same to Me…

Predictably, after the Lego version of the Lord of the Rings movies a couple of years ago, comes Traveller’s Tales Lego take on The Hobbit. Available on all major consoles new and old, The Hobbit stays true to the Lego formula and offers plenty of fan service for those who loved the films.

Lego The Hobbit spans the events of the first two Hobbit films An Unexpected Journey and The Desolation of Smaug that have already been released in theatres. It has been revealed that a DLC pack for the game will be released alongside the release of the third and final Hobbit film There and Back Again.

Admittedly, I’m more of a Harry Potter guy than a LOTR fan. I’m sure some of the quirky humour Lego games are known is lost on me because I’m not all that familiar with the source material. However, this does not make the game any less enjoyable. Not being a fan of the films makes it perhaps a bit more difficult to follow but I certainly enjoyed playing this game. 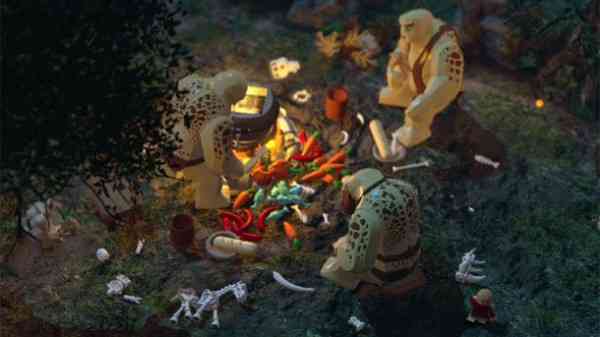 The standard Lego formula applies. You’ll collect studs, solve relatively simple puzzles and engage in somewhat forgiving combat. This time it just happens to be in the universe of the two Hobbit films. Playing alone or with a friend you guide Bilbo and his many dwarf colleagues though the events of the films. Simplicity can most certainly be expected since this is obviously a game targeted towards the younger demographic. If you’re already not invested in the story this simplicity may make things tedious (such as the exercise of collecting studs which I got bored of quickly).

The similarity of the various dwarf characters can prove to be a challenge. The sheer number of dwarves in Thoromir’s party and their similarities in Lego form makes finding the right character with the right ability for any particular task more difficult than it probably should be. I do not discount my unfamiliarity with the movies being a contributing factor here but in the other Lego games I’ve played, character designs are varied enough for this not to be an issue. There’s really only so much detail you can put on a Lego character yet there’s no mistaking R2D2 with an Ewok, is there? 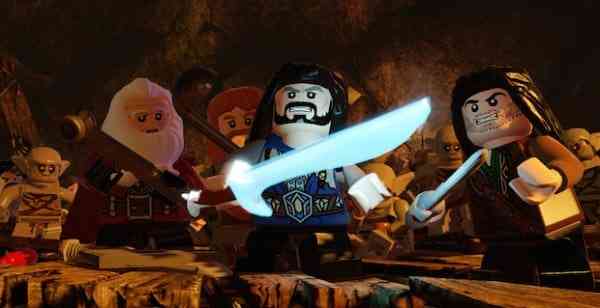 Presentation-wise The Hobbit stands tall. The source material may not lend itself as well to the Lego formula as the bright colours and unique characters of the Marvel universe for example but The Hobbit still looks sharp. Environments, especially outdoors, look great and there’s plenty of inspiring visual moments. There are some occasional moments where items suddenly pop into view no matter if they are far away or right nearby that I found weird. Taken straight from the films The Hobbit’s soundtrack is epic and fantastic  to go along with the ample voice acting from the actors themselves. The voice acting is used smartly during key segments that help to further the narrative. This allows Lego’s trademark dialect to stay intact elsewhere.

It isn’t as serviceable to the Lego formula as the games before it, nor is it perfect, but The Hobbit is still worth a play through both for fans of the films or simply the Lego games in general.

Next Contagion (PC) Review – Zombies… in a Game? What a Surprise!
Previous The Wolf Among Us Ep 3 “A Crooked Mile” (Xbox 360) Review – Forget What You Thought You Knew