The Last of Us: Left Behind (PS3) Review – Ellie Gets Her Shot at the Spotlight… and She Shines

The Last of Us is one of those rare gems in gaming that brings an experience so moving and so intense that it leaves an impression on anyone who plays it. One of 2013’s biggest hits, it is definitely a tough act to follow. Naughty Dog was definitely up to the challenge though and they now give eager fans the much anticipated single player DLC ‘Left Behind’. In true Naughty Dog fashion they didn’t disappoint and for anyone who loved ‘The Last of Us’ this is quite simply a must play.

Left Behind focuses on Ellie in two different times during the game. It cuts back and forth between a little before the events of the game where we get to meet Ellie’s bff, Riley, and to the part in the game where you got to play as Ellie. Left Behind drops us right back into the broken, dystopic world that we came to love and almost immediately we’re reminded not only of the level of intensity that LoU brought to the table, but it’s incredible storytelling ability as well. 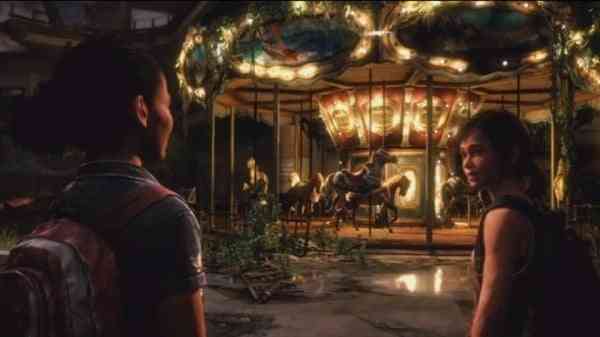 The times with Riley take place in Boston before Ellie meets Joel, so the whole ‘infected trying to eat your face’ aspect of the game is toned way down. There’s a certain amount of tension as you sneak around the soldiers on your little getaway trip, but mainly, the parts with Riley focus on the bond between Riley and Ellie while you get to explore the broken down ruins of Boston. During the other half, you’re in the snowbound Colorado as you try to get a severely wounded Joel some medical help and get him the hell out of Dodge before your pursuers catch up with you.

Obviously, the game play is pretty much exactly the same. You can still focus your hearing to get a Daredevil style look around the room at your enemies to plan your attacks accordingly as well as having access to the same weapons and gear building techniques. There are one or two mini-games in the Riley stages that are a change up, but essentially, Naughty Dog knows what you loved and gave you more.

In the parts where you’re searching for a first aid kit to help the gravely hurt Joel, I was immediately pulled back into the same levels of intensity as the first time I sat down and played the game. Blackened rooms and halls with only your flashlight for illumination as you hear the infected screaming in the distance gripped me, and the only promise of release from the building anxiety was to cut back to Riley and Ellie. The screaming monsters in a pitch black room had me holding my breath even as the ultra violence of slitting someone’s throat in front of the camera had me let my breath out in horror. So, it was amazing! 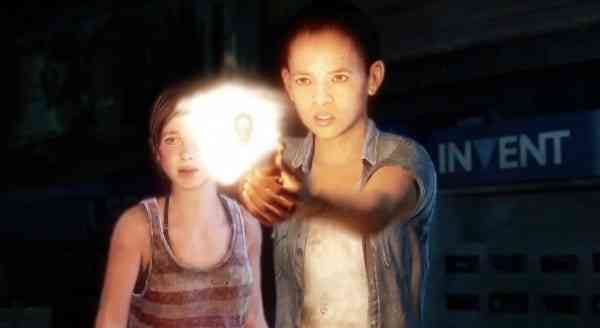 The graphics were, as what has come to be expected from Naughty Dog, simply amazing. The world is lush and fully realized down to the very smallest details as you explore the ruins of civilization. One of my favourite things about this game is that you can go into a room off the laid out trail and there may not even be any items to pick up, but there will be a poster on the wall that you won’t see anywhere else in the game. It’s that kind of attention to detail that is setting Naughty Dog apart from other studios. The other aspect of the graphics that were so riveting in the original game, the motion capture, is just as jaw-dropping as you remember. As well, most of the same music is back (aside from one jaunty dance tune) that helps build the tension and break your heart at different points in the game.

The real winner in The Last of Us, however, was always the powerful storytelling (it has been quoted as the best movie of 2013 that wasn’t actually a movie), and they didn’t scrimp on that segment of the game either. The sections with Riley are wrought with teenage angst and the relative peace that these two girls have found in their torn apart world. This is juxtaposed brilliantly with the horror and violence that Ellie has found herself in, not that far in the future. In the past is a young Ellie just trying to make sense of her feelings and reconnect with her best friend which is slammed together with the (relative) present where a seemingly much older Ellie fights for not only her own survival, but the survival of Joel, as well. Whereas in LoU, you got to know Joel and his back story, Left Behind offers us a snippet of who Ellie was and what brought her to Joel that started their tumultuous journey.

If there is one drawback to Left Behind, it’s that it is all too short. With a play time of 2-3 hours, I felt like Naughty Dog was teasing me. While the story was crafted perfectly which I wouldn’t want to change, I can’t help but feel like I could have used some extra time in the games world, slaying some infected monsters and running from the arguably worse human ones. There is also something to be said about the lack of action in the segments with Riley, but I felt that they helped wind the whole thing together, even if there was a lot of friendly bonding as opposed to fighting and surviving. 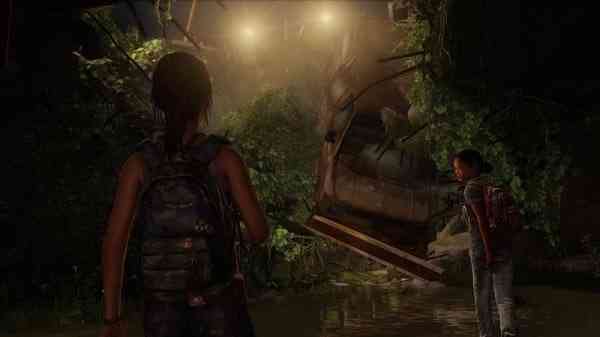 Overall, Left Behind is a great addition to the already brilliant Last of Us. Naughty Dog took the only two segments of the story they hadn’t fully fleshed out and let you play your way through them, even if you already know the disheartening conclusion. While excellent, Left Behind definitely could have been longer, but with such a well crafted little story, it’s hard to fault the game for not giving me some more monster killing filler.