Ken Follett’s The Pillars of the Earth Review

Visual storytelling has always been a huge part of video games, so it only makes sense to bring more and more literature to the format. Ken Follett’s The Pillars of the Earth makes a fantastic impression as it enters the genre in full force, bringing a rich tale and personalized characters with it. That being said, it paints itself into a bit of a corner with mature subject matter and religious themes.

If you’re a fan of the original novel then this is an easy sell. The core story has been kept, but some changes have been made to both make it a fresh experience, and to add interactivity. Going in with knowledge from the book is sure to grant you insight to ulterior motives, adding to the suspense. The book is broken up into three parts for the game, with the first taking roughly four hours to finish. For anyone who was interested in Ken Follett’s work but couldn’t get into the original version, this is a great alternative.

Those experienced with visual novels or point-and-click adventure games should feel right at home with The Pillars of the Earth. While the bulk of your time will involve watching cutscenes and throwing in your two cents occasionally, the more tactile parts involve wandering around looking for clues or items. The minor puzzles you’ll encounter felt nicely balanced. Once or twice I was a bit stumped, but most scenarios are only puzzling enough to give you a slight pause before reaching the conclusion. This is much better suited to a visual novel, as you typically want to keep the story moving.

“A sweeping orchestral soundtrack from the FILMharmonic Orchestra will make you feel like you’re in church or visiting an archbishop.”

The artwork for this experience is phenomenal, and easily its strongest point aside from the story. Each environment and character is beautifully painted and lit, breathing life into even the most dreary corridors. The art team has done a fantastic job of recreating the time period. Huge Gothic cathedrals, small hamlets, and cobblestone roads greet you at every turn. I’m sure some fans of the book won’t be happy with how it’s been visualized, but it’s a very pleasing aesthetic overall. The soundtrack is another great hit. A sweeping orchestral soundtrack from the FILMharmonic Orchestra will make you feel like you’re in church or visiting an archbishop. Unfortunately, this is most prominent during big scenes and reveals, and it dies down a lot while you’re wandering around and investigating clues.

One major issue is just how niche the visual novel market can be. Coupling that with the mature content means that while The Pillars of the Earth might be a great experience, it’s really not for everybody. Daedalic has a great reputation and I hope that helps sell copies but I don’t have my hopes up. It also might be kind of obvious but religion plays a major role with the plot and cast. It shouldn’t matter as it never feels like you’re being converted, but some are sure to turn away regardless. I encountered a few minor bugs as well, mostly just some animations not finishing out properly and leaving some odd-looking characters. It ruins immersion a bit but certainly isn’t a major concern overall. 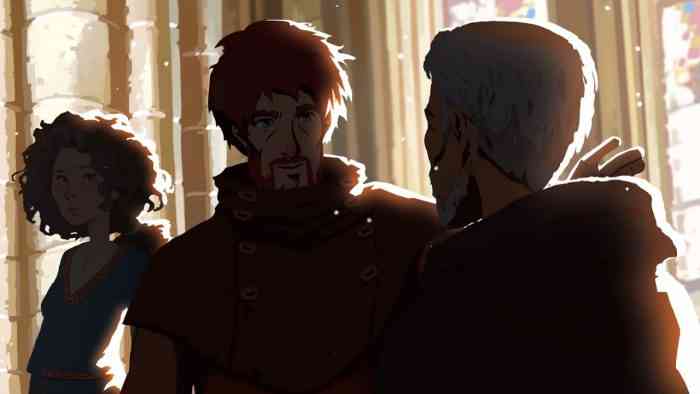 So far, Part 1 has been an interesting story that promises more. The characters are worth investing in, and the puzzles are good enough to break apart gameplay but simple enough to not become a roadblock. Even those brand new to video games shouldn’t have much difficulty with this experience, and fans of the book should give it a shot, regardless of gaming expertise. Fans of visual novels in general, or England in the middle ages, should also be inclined to at least do a bit of research; this a strong narrative regardless of its origins. Daedalic has a strong reputation, and they’ve maintained it with this release. 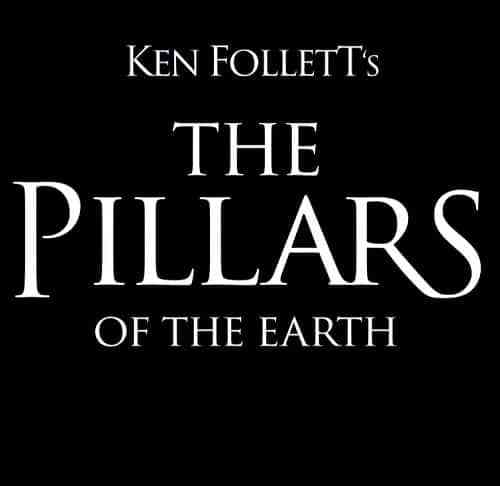 Surviving the Indiepocalypse: An Indie Developer’s Vision for An RPG
Next White Day: A Labyrinth Named School Review – Welcome To Hell
Previous Yakuza Kiwami Review – A Triumphant Return for The Dragon of Dojima