Just Dance 2015 Review – Still Fun, Even for a Wounded Walrus Like Me

I don’t know who I pissed off but I seem to be the go to guy for reviewing dance games. Whether it be Dance Central, The Hip Hop Experience (remember that one?) or even the Disney Just Dance Party game I have unquestionably paid my virtual dancing dues. I have done my time but you know what? I’m good with that. I enjoy them and so does my daughter. As she gets older she doesn’t get her groove on as much as she used to but anytime I get a new dance rhythm based game for the Kinect she joins me to check out the new tracks and will cut a rug to a tune or two. As I reflect and get a bit weepy here, some of my fondest memories are dancing away alongside my daughter. We (mainly me) would look ridiculous as there was no way we would come close to nailing some of those routines but we would both have huge smiles on our faces and share some great laughs. So for that reason Just Dance has a special place in my heart.

Alright, shifting gears a bit here let’s get down to business. Just Dance 15 isn’t a technical power house, the visuals didn’t blow me away, and some of the song selections are puzzling but there is no doubt I had fun with the game and burned a few calories in the process. Just Dance 2015 is also one of the more challenging games I have played all year, mostly because I don’t have those ‘moves like Jagger’. The on screen dancer’s move like silky smooth velvet curtains while I move like a wounded walrus ripe for a Great White’s feeding frenzy. I can certainly hold my own at a wedding or after a few wobbly pops at an Irish Pub, but trying to nail those complex on screen dance moves in Just Dance 2015 is a tall order for this beefy aging gamer. 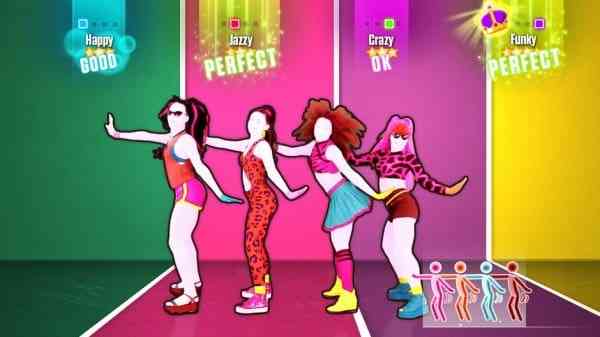 Just Dance 2015 works just like any other Kinect based dance game. Navigating the menus and jumping into a song is accomplished with hand gestures. If hand gestures aren’t your thing you can always navigate your way into a song with the controller. One thing I noticed right away is how smooth it was navigating the various songs and menus. There was little lag jumping in and out of the 40-songs (plus available DLC) included in the game. The only slow-downs I experienced occurred when navigating the DLC songs. For some reason it took a few seconds for the actual music to kick in as compared to the included songs where the music started instantly as I moved the cursor on the song. It was definitely not a big deal, just more of an annoyance.

Unless you are a seasoned dancer like the doctor of style fellow Editor Shawn Petraschuk and his sultry wife, nailing those complex dance moves will take some practice, A LOT OF PRACTICE. I certainly would have preferred a beginner mode or some dumb it down moves but sadly Just Dance 2015 doesn’t include any such more.

Fortunately Just Dance 2015 is a forgiving game. You don’t have to be completely accurate with your dance moves in order to make it through a song or even achieve a half decent score. You can cheat a bit if you want to. I found as long as my arms were moving where they should I was pulling off good scores. That is of course if you are all about the scores and you don’t care how good you look. Besides if you want to take advantage of the upgraded Autodance feature which records while you dance and creates a short shareable video at the end of the song, you’re going to want to look at ridiculous as possible. For me that means trying to duplicate the on-screen dance pros. 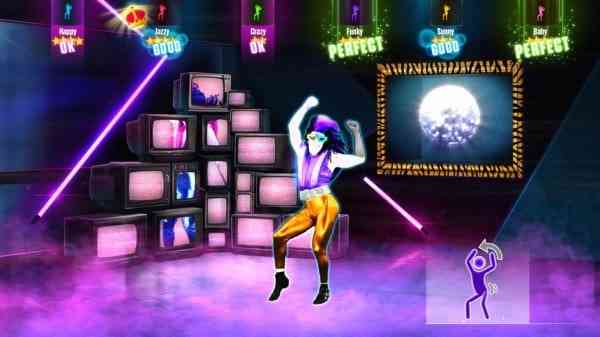 With the exception of the included songs Just Dance 2015 is nearly identical to Just Dance 2014 although there are a few more wrinkles added to the mix this year. In addition to the upgraded Autodance feature, Just Dance 2015 includes a community remix feature where the Just Dance community votes on their favorite dances and the development team creates a playable remixed gameplay featuring 30 players per song. I have to admit I found it highly entertaining watching some of these videos. So my advice to you would be to dress up as goofy as possible and get your groove on while the Kinect records your moves. There is also a new Challenger mode where you can dance against friends or top-ranked players from around the world. These players don’t have to be online when you are either as you can play against previous performances. It’s pretty cool stuff and I liked being able to see how my score stacked up against others from around the world (not very well).

Just Dance 2015’s songs range from Pharrell’s “Happy” to Frankie Bostello’s “Mahna Mahna”. Wait, what is the “Mahna Mahna” song you ask? Think Muppets. I guess this is where I take some issue with the game. The song selections seem all over the map. A song from the movie Frozen and Aerosmith’s “Walk This Way” don’t really jive together. It’s like mayo on a hotdog or dipping your popcorn in ketchup; it’s just a bad combo! No offence Gloria Gaynor, you don’t belong in a virtual dance game designed for teens and young adults. Also, I would have preferred a few more songs as well. When older music games like Guitar Hero: Warriors of Rock included over 80-songs, 40 seems a little thin. This being said, the amount of songs you do get out of the box is on par with Just Dance 2014 and other dance games already on the market.

With over 50 million copies of Just Dance games sold around the world there is no question Ubisoft has found a winning formula with the franchise. Just like other yearly releases, Just Dance 2015 doesn’t reinvent the wheel but instead take the safe route with the “if it ain’t broke, then don’t fix” approach. We get a new slate of songs and a few new features but at its core Just Dance 2015 remains the same. This is not necessarily a bad thing because as far as virtual dancing games go, Just Dance 2015 is the best there is.