In 2010, Quantic Dream released Heavy Rain for the PS3. It was a truly innovative title, and one of the first PS3 exclusives that set the console apart from its competitor, the Xbox 360. Now, almost exactly 6 years later, Heavy Rain is back, remastered for the PS4. Even after all this time, it’s a title that still has the power to pull you right in with its smart gameplay and stylish presentation. But, even with a 1080p facelift on a new console, time might have dampened Heavy Rain’s appeal a bit too much to make it worth a second play-through for some.

Much was made of Heavy Rain’s story back when it was first released. In fact, it was one of the first titles to emphasize story over any other game elements, blurring the line between what we think of as a game and a movie. You play a number of different characters throughout the game – Ethan Mars, Norman Jayden, Madison Paige, Scott Shelby – but they are each a part of a larger plot that revolves around The Origami Killer mystery. Heavy Rain does an excellent job of character development; you spend a lot of time with each character, and they become real people, with complex personalities, whose fates you begin to actually care about. You will feel emotionally invested in Heavy Rain in a way that you have not felt in other games you have played.

“Even after all this time, it’s a title that still has the power to pull you right in with its smart gameplay and stylish presentation.”

It is that group of characters, and not the central plot itself, that drives the Heavy Rain experience. Taken on its own merits, it not a bad story, but nothing revolutionary either – it is the kind of dark psychological thriller story we have seen often in many a Hollywood film. By classic movie standards, this is no Silence of the Lambs or Seven. But by game standards, it is certainly a level above what we saw in games back when it first came out. But unfortunately, it has lost a bit of its impact in a gaming industry that has matured a lot in the last 6 years, particularly in the area of storytelling.

What makes the story compelling is the writing and voice acting. The dialogue feels genuine and realistic, and the actors mostly do a good job of delivering their lines with a conviction that, again, is not often found in video games. There are exceptions to this, of course. While the story supposedly takes place in the United States, some actors give away their European accents at times. In one particularly-bad example, Ethan Mars sounds like an American, but his son Shaun has what sounds like a pretty strong French accent. This is, however, the exception; the main character actors all do a good job, and sound convincing in their roles. 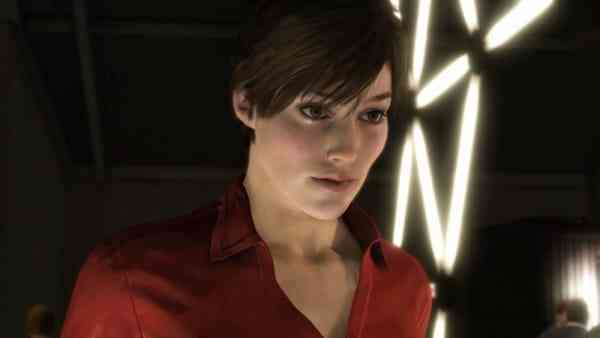 Another factor which works against the fine narrative are the segments where you take control of the characters to fulfill a task. For example, when you play Ethan and you have to make Shaun dinner and send him to bed. It feels as if things really slow down during these parts, and that isn’t just because you’re doing banal things like shaking orange-juice containers (in two different scenes no less). It is also partly due to the somewhat clunky character controls. After 6 years, I noticed how much games have improved in the smoothness of character-movement – Heavy Rain shows its age as you slowly walk, looking like a lifeless mannequin. Luckily though, Quantic Dream does a good job of making these segments as short as possible, and nicely spaced out between cut-scenes. Any narrative momentum lost is quickly re-established by the well-done and cinematic cut-scenes that keep the story moving along.

“Heavy Rain shows its age as you slowly walk, looking like a lifeless mannequin.”

A big downside to remastering such a story-driven title, though, is that of course anyone who played it already on the PS3 will already know the ending – which is a pretty big deal in the case of Heavy Rain. I mean, it is a murder mystery after all. If you are one of those people, you might feel like a lot of the original magic of discovery is just not there this time around. Maybe even worse (without giving anything away to the newcomers), knowing the ending also makes you question the logic of the plot itself, which anyone who finished it will know. Still, even knowing the outcome, I must say that I still felt engaged by revisiting the story, much like you still want to see your favorite movie again, even though you know how it ends.

Graphically, Heavy Rain was praised as being cutting-edge back in its time. Character models showed a new level of detail, and art direction was right up there with any feature film. Now, in 2016, it still looks decent, but certainly cannot compete with today’s AAA releases in the visuals department. Put up against The Witcher 3, Shadow of Mordor or other recent games, it wouldn’t stand a chance (maybe against Fallout 4 – sorry, had to say it).  Yes, this time around it has been upgraded with 1080p resolution, but that only refines the lines and edges. It does not have more polygons, and so characters in particular look a little stiff now. You see this particularly when movement is called for. I may have missed some of the updates that I am sure were added to the visuals, but I didn’t see a massive difference between this Remaster and the PS3 version. 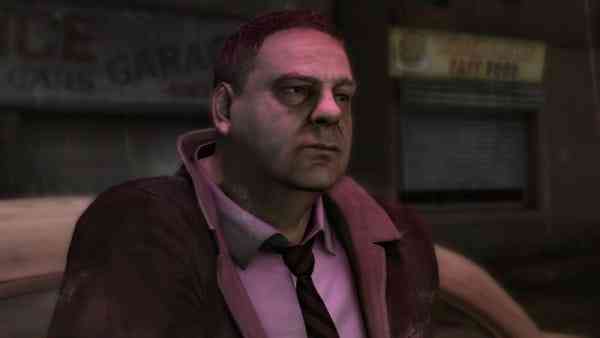 No, what really made the experience for me back in 2010 is the same aspect that pulled me back in this time around: the game mechanics. The game alternates between periods of watching, like a viewer of a movie, with fast-paced quick-time events that will really test your dexterity at times. First of all, because they sometimes come at you without warning – “oh, the cut-scene is over, I have to fight for my life!”  And when I say quick-time events, I don’t mean God of War-style, with only 4 buttons to push in a predictable sequence. No, in Heavy Rain you are expected to do a wide range of things, sometimes all at once, in a very short time. You might have to press and the hold the Right Trigger while tapping another button. Maybe you have to flap the controller up and down rapidly. Or you may even have to press and hold 3 buttons at once, in the correct order. You quickly learn to maintain your focus playing this game, because if you hesitate for a second too long, it can really impact your experience. My adrenaline was always pumping playing Heavy Rain, and that made it really fun, even a second time around.

“If you have never played Heavy Rain before, I definitely think it is worth discovering on the PS4.”

And that brings us to another cool element of Heavy Rain – your actions and choices shape the game. Nowadays, this is almost a common game feature, most notably in the recent Life is Strange. But Heavy Rain made this a part of the game back before it was cool. Your actions can really impact this narrative and change it; this means that some of the path you take – and the kind of ending you see – will be altered. You can play Heavy Rain many times, and get a very different experience each time. You can think of it as a sort of “procedurally generated” story, and it actually gives Heavy Rain lots of replay value – something that I haven’t heard many people talk about with this game.

If you have never played Heavy Rain before, I definitely think it is worth discovering on the PS4. It shows its PS3 origins for sure, and will not impress any players these days with its visuals. But it still retains the core game mechanic that makes the experience just as fun as it was back in 2010. This is a great game that still has the power to engross today’s gaming audience. However, for all those who have played it already, I hate to rain on your parade, but Heavy Rain might not be worth another visit. Nothing new has been added since you last played it, and now you know how the mystery ends. 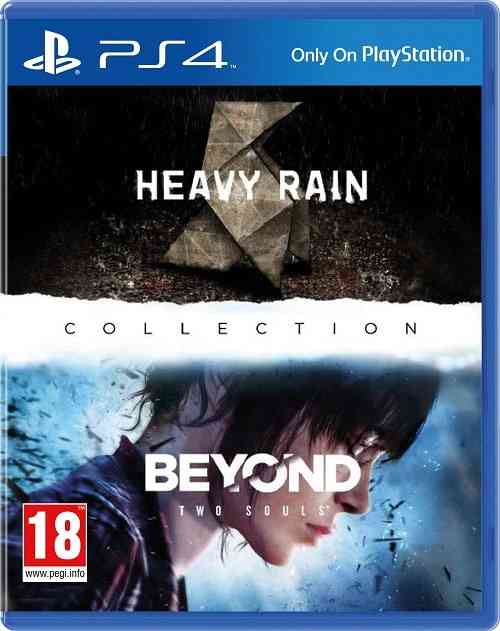