Grime is a Soulslike/Metroidvania that was released back in the late summer of 2021. Thanks to its unique art style and engaging action, it was one of my favorite games in the genre that year. That’s saying something. After all, every other action game is a Soulslike, so Grime had a lot of competition. Now the developer has added some free DLC called The Colors of Rot to entice players back for another run. Is it worth the grind?

Short answer: Absolutely. If you haven’t played Grime, go for it. The beauty of Grime is that it takes the Soulslike formula and layers on a lot of unique mechanics. There are no healing consumables (at least, there didn’t use to be). Instead, the player gets a health boost from absorbing enemy energy. Weapons are crafted from the sinews, bones, and claws of the game’s nightmare enemies. Like the best Metroidvania, the game’s 2D levels are a maze of vertical layers and hidden shortcuts. Like most Soulslikes, death in Grime means a trek back to the last save point, but it doesn’t wipe away items or progress.

Stamina plays a critical role in Grime’s combat, as in many Soulslikes. Additionally, the game’s version of a parry is key to defeating many enemies and absorbing their essence, the game’s version of XP. When I first played Grime, I found that parry mechanic pretty difficult to master. Coming back to it now, it feels a bit tighter and more predictable. 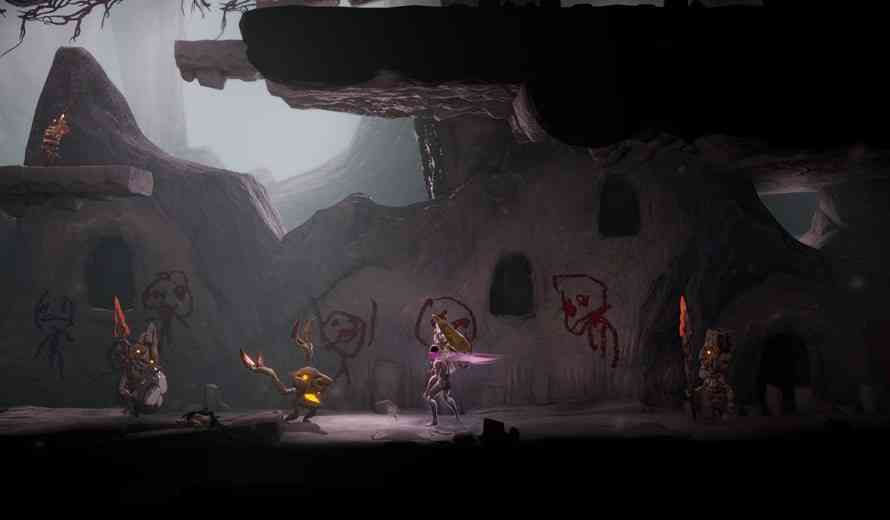 The game’s platforming is still a bit of a mixed bag. Platforming is already my gaming kryptonite, and if it isn’t just a little forgiving I get frustrated pretty fast. Grime’s platforming, including the new DLC, is increasingly challenging throughout the game. It isn’t game-breaking, but the slightly rough animations and occasional bugs seem more obvious than during my first playthrough.

Grime’s free DLC is a zone called Childbed, and it integrates effortlessly with the main game. Visually, it stands out by being a bit more saturated, with warmer, more vibrant colors. There are new enemy types, new weapons, and several new and very challenging bosses. Grime’s bosses are some of the best in the 2D Metroidvania genre. By best, I mean extremely difficult but balanced by being fair to the player as well as mechanically interesting. The new bosses require the player to use some of the game’s new abilities and savvy awareness of the environment.

The Colors of Rot adds several hours of new content and rewards returning players by adding new endgame and boss variants to the main game. Looking at the game’s patch notes, there are a great number of small changes. Most of these come from suggestions by players. There are quality-of-life changes, like reduced fall damage or the ability to use any weapon at any time (with a damage penalty). With hints of much more DLC to come, it’s clear the developers are attuned to their player community. 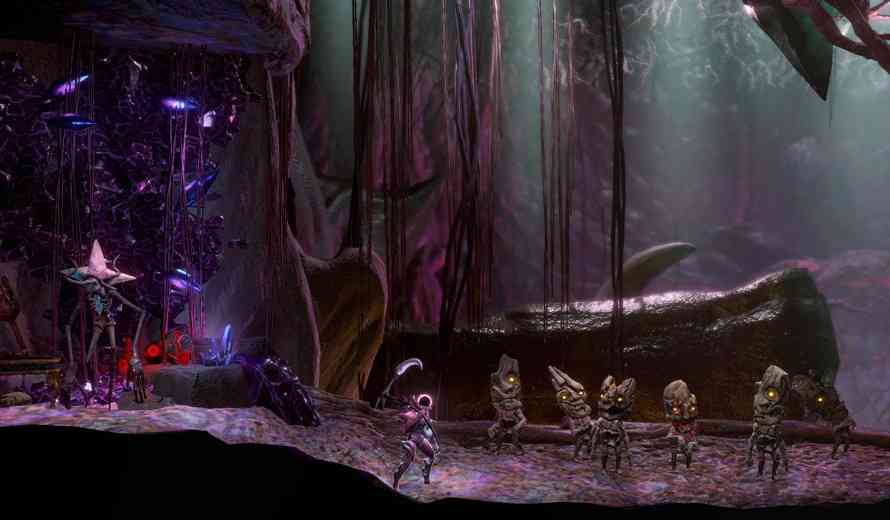 I’m the first to admit that I’m not entirely sure what the hell is going on in Grime’s narrative. In the best way, the game’s story and surreal environments are like an especially rich and disturbing dream. The enemies are not the generic, cliche oversize spiders and animated skeletons of so many fantasy RPGs. The NPCs are likewise odd and visually engaging. Overall, Grime’s visuals are one of its strongest and most hauntingly beautiful elements.

Paired with Grime’s art is sound design and music that are incredibly effective. Grime’s soundscape moans, drips, and skitters with wet, organic samples. For the DLC, composer Alex Roe has amplified the drama and enriched one of the best action RPG scores of 2021.

Coming back to Grime many months after its release, I’m still impressed with the game’s art, combat, and its smart variations on the Soulslike genre. The new, generous, free DLC adds a significant amount of excellent content and rewards the player community for its commitment to the game. As it was when it released, Grime is still one of the best recent Soulslikes and the Colors of Rot only makes it better. 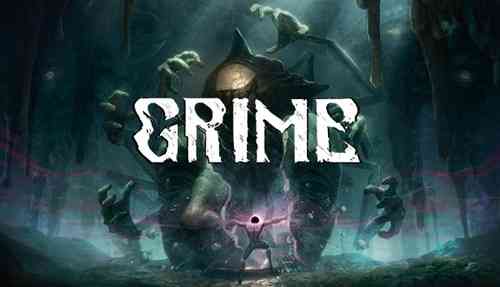