Naturally, having experienced the original Giana Sisters: Twisted Dreams – a fun platformer with stunning visuals – I had high hopes for Giana Sisters: Dream Runners. Jumping into this newest release in the franchise, I was not expecting to be playing a platformer running game, but a true sequel. The only aspects these games have in common apart from their namesake are the beautifully crafted scenery and characters. The levels also feature an ability to switch from light to dark versions and this creates two unique experiences each time you play through.

After the shock of this title being a runner wore off (the title really should have been a clue) I jumped in to give Dream Runners a good shake. Dream Runners is a 1-4 player competitive racing game that lacks a tutorial or story campaign to teach you the basics. Unless you take the time to read things in the options menu to figure out the controls – and let’s face it I don’t know many gamers who do – you’re jumping in blindly and figuring out the controls on the fly.

With this in mind, I decided to start off with the Custom Match gameplay option which allows you to play locally with friends or with bots of varying difficulty. This is probably the best way to figure out the controls before you jump into Ranked Match or Quick Match as it lets you just play around without additional pressure. There are nine levels to choose from and in each you are thrust into a fast paced platformer with the main objective of running as fast as you can around all the obstacles, jumps and traps that are set out before you.

“Clunky controls, combined with a ghost town of players to actually play this game online with, really works against this title.”

Each level is a never ending loop with individual sections to create easy start points when someone scores a point. First person to three points wins the game and points are generally scored by being the last person standing. Throughout the levels, you can trigger a 30 second countdown that ensures a point is scored by a player.  This might happen after you get so far ahead of the other players you knock off the last player from the map or if the level has been ongoing for more than a few minutes. This countdown is particularly important when playing against opponents of similar skill as it prevents the match from going on indefinitely.

While running through the loops you gather power ups to give you an edge. From place swapping, projectiles and the ability to launch three owls behind your runner, these are sure to interfere with the other players. On top of that, you also collect gems that fill your boost meter, which you can use to launch yourself right into others knocking them off the map. Adding to the craziness there are switches scattered throughout the maps that will switch the maps from light to dark and vice versa, changing the obstacles and layouts and throwing everyone for a loop.  Being able to use all of the tools in the game will help you elevate your skill and help you win matches quickly. 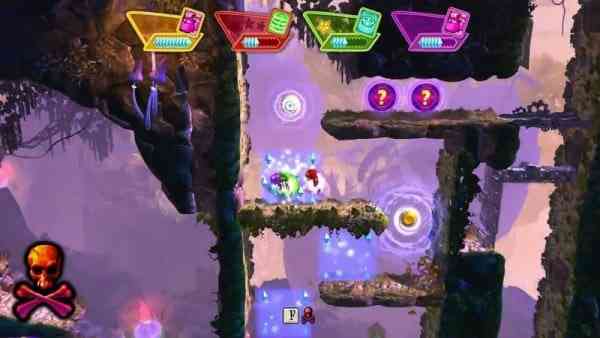 The Ranked and Quick Match game modes are the online multiplayer versions of the levels.  All of the basic game mechanics are the same, you just get to test your skill against others. Try as I might, I could never get four people linked up to play. Whether this was due to not many people having this title or maybe the time of day I tried, this was the most frustrating feature. It was also disappointing as it did not allow me to truly enjoy all features of this title.

Giana Sisters: Dream Runners tries hard to be a platformer runner while incorporating what Giana Sisters is already known for. The clunky controls, combined with a ghost town of players to actually play this game online with, really works against this title. There is also a less than ideal camera view issue that pans out at the worst moments, making obstacles, players, traps, etc. almost impossible to see, giving your opponents (especially bots) the advantage as they don’t have to look at the screen.  I want to say this title was a good attempt but maybe it should have spent a bit more time on the drawing board. 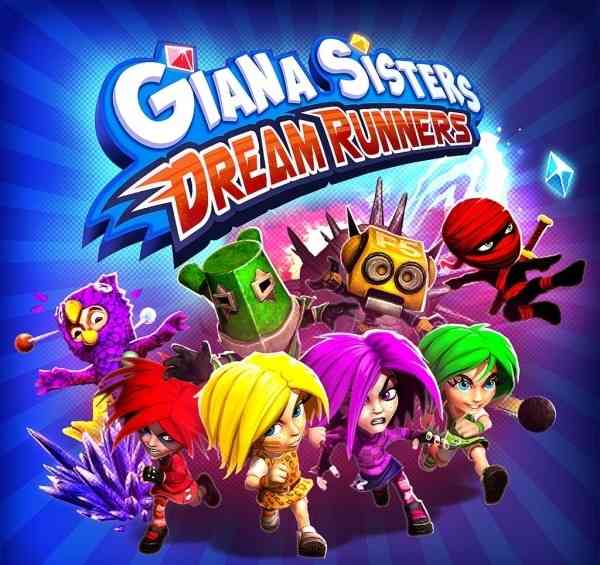