Gear.Club Unlimited Review – Is This Switch’s Answer to Forza?

I’d like to be the one to tell you that Gear.Club Unlimited is the Switch’s answer to Forza and Gran Turismo, but sadly, I can’t. It makes a decent effort to mimic those popular racers with impressive visuals and a huge map of over 400 races, but a serious lack of charm and dull track design makes it feel nothing more than a soulless wannabe. It’s a shame really, since the development team Eden Games, has a long history of having their name attached to various classic racing games like the original PlayStation’s excellent V-Ralley, Need for Speed: Porsche Unleashed, and Test Drive Unlimited which pioneered open-world racing. Gear.Club Unlimited falls well behind what this developer is capable of and is all around a disappointing racer.

Something is definitely wrong when the least interesting part of your racing game is the actual racing. All of the standard driving mechanics are here — including a Forza-like rewind feature whenever I screwed up — but getting behind the wheel, weaving my way through each track and completing championships became tiresome way too quickly. It controls competently enough and it didn’t take long for me to realize that the Switch Joy-Cons work fairly well with a racer whose name isn’t Mario Kart 8 Deluxe. It did make me wish the Switch triggers were slightly larger as they don’t feel suited to a realistic sim like Gear.Club Unlimited. It isn’t a complete dealbreaker but there were a handful of moments where I would have liked more variance in my speed and acceleration. Also, it’s worth mentioning that there is no rear-view camera option at all, a feature that I tend to use quite a bit in other racing titles. Exactly why it’s not included is perplexing and I’m hoping it will be added to a future patch.

“Truth be told, tweaking my cars and upgrading my performance shop was a more enjoyable experience than the core racing in Gear.Club Racing”

Content-wise, Gear.Club Unlimited sounds pretty appealing on paper especially with its 400+ individual races to play. That number may sound exciting, but with only three modes of play (Derby, Rally, and Time Trial) on offer, it didn’t take long before I grew tired of the campaign formula. Races are so short — lasting upwards of two minutes — that any sense of thrill and accomplishment never feels earned or rewarding. Just when I thought things were heating up, I’d blast through the finish line, see the rankings, then wait for the next race to load. And boy, does Gear.Club Unlimited like to load. Loading screens are everywhere, from going back to the map, checking in on your shop, and between each race. They aren’t terribly long (thankfully) but there’s enough of them to make me take notice that I was spending a lot of time just waiting for the game to load. 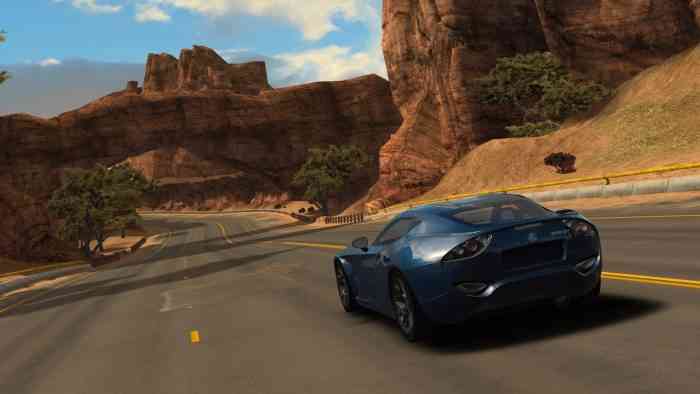 Fun fact: Gear.Club Unlimited is actually the second game in the series. The first is a free-to-play smartphone game that holds up pretty well in terms of whats expected from a mobile racing experience. But here on Switch, with a much higher price point, I was expecting a more feature-filled package. It isn’t just the lack of different modes that concerned me, but the car list is gravely disappointing, coming in at a slim 32 cars. To make up for this, players have a Performance Shop that allows each vehicle to be customized and upgraded. The options aren’t as robust as what you’d find in Forza Motorsport 7 but I found this stripped-down approach to be in the game’s favor. I’m usually overwhelmed with the number of tinkering options in the Forza and Gran Turismo series, to the point where I’d barely even touch them. In Gear.Club Unlimited, it’s more streamlined by focusing only on parts that improve your cars’ PI, a level that determines if you can enter and succeed at championships. I was surprised by how much it caught on with me. I wasn’t worrying about tire pressure or adjusting my wheel alignment. Instead, my attention was on the engines, tires, body, and even cosmetic modifications — the stuff that mattered to me. I found it surprisingly refreshing, considering how in-depth racing sims have become over the years. 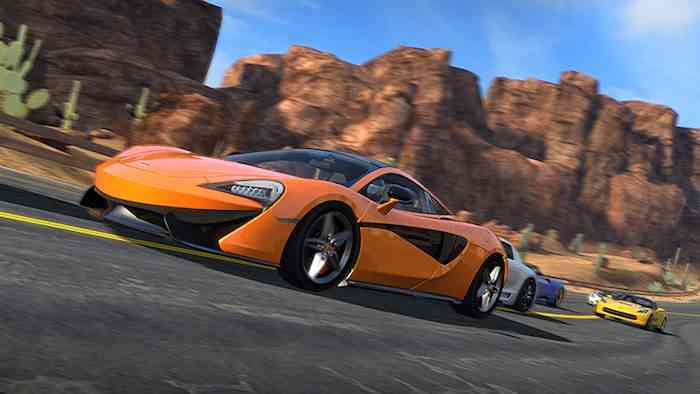 Truth be told, tweaking my cars and upgrading my performance shop was a more enjoyable experience than the core racing in Gear.Club Unlimited. I spent an alarming amount of time purchasing new cars, expanding my shop, adding more workstations, deciding where to add a vending machine, and a whole bunch of other menial tasks. It sounds strange coming from a racing game, but it allowed for a gameplay loop that kept me engaged enough so that I was able to tolerate the game’s mediocre race tracks. Competing in championships will earn you cash, XP, and star points. The higher your star counter, the more races you unlock which vary in difficulty. Depending on the competition, you may be required to use a low-level vehicle, like the A1 category, or use higher-end and faster models. It isn’t too difficult getting first place (I’d wager that only a handful of times did I replay a race for a better ranking) and doing so will net bigger bonuses which, of course, meant spending them on making my shop better.

“Gear.Club Unlimited makes an excellent case for what the Switch is capable of when punching out realistic graphics.”

If there’s one area I expected Unlimited to excel at right out of the gate, it’s the visuals. It won’t turn many heads away from the beauty of GT Sport or DriveClub, but it manages to hold up on its own. Cars boast some nice and shiny reflections, and despite my previous complaints about track design, they at least look pretty darn good. Progressing through the campaign will also unlock new zones which is just a fancy word for changing the scenery. These come in the way of sun-soaked beaches and deserts, to city streets, mountains, and more. Smaller details like the dirt kicking up from the back of the tires or sun rays bursting through the foliage as you round a corner look excellent. It’s also particularly striking in handheld mode. 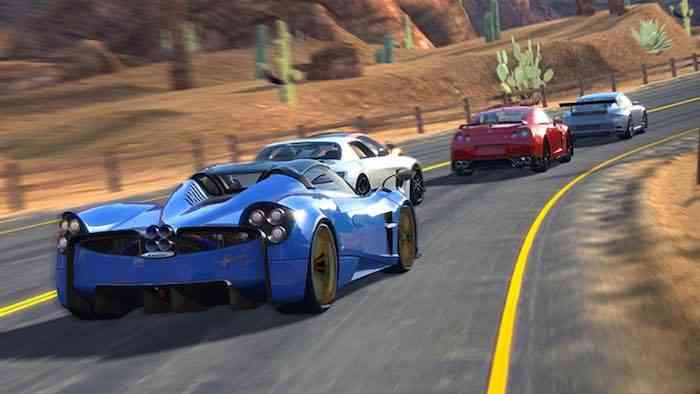 As is the case for me with many Switch games, I found that Gear.Club Unlimited offered a better experience in handheld mode. While I wasn’t able to investigate further, the game seemed to perform smoother all around when playing on the go. There are some dips below the 30 fps mark when additional cars are on screen but I’d say Gear.Club Unlimited makes an excellent case for what the Switch is capable of when punching out realistic graphics. In docked mode, the resolution is increased to 1080p which resulted in a few patches of slowdown but nothing too drastic. Performance is also impressive during split-screen local multiplayer which supports up to 4 players. It’s certainly a nice feature to be had but increasing the player count doesn’t suddenly make the lackluster track design more interesting.

Gear.Club Unlimited won’t pry people away from Mario Kart 8 Deluxe and it certainly can’t compete with the Forza and Gran Turismo’s out there but there still is some fun to be had. I came away disappointed but I can acknowledge that Eden Games has done a decent job in bringing a realistic racing experience to the Switch. While the actual racing tends to grow a bit stale after a while, the ability to upgrade and improve your cars and performance shop makes for a fun mini-game of sorts and a nice distraction. But at its core, this is still a racing game and it’s disappointing that Gear.Club Unlimited doesn’t measure up where it counts. Sorry Switch fans, but this one could use some upgrades of its own. 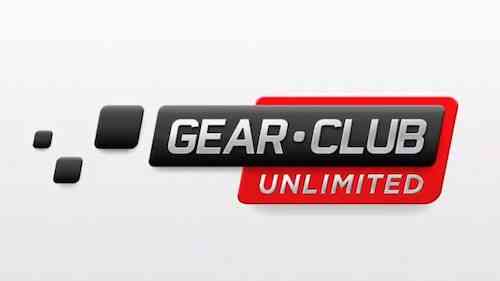