Forgotton Anne is a cinematic adventure game developed by ThroughLine Games and published by Square Enix through the Square Enix Collective platform. The title is part-adventure and part-platformer with puzzle elements, highlighted by its vibrant and immersive aesthetic. The beautiful graphics, which play the role of a great first impression, is only the surface of a polished, interesting game that is reminiscent of some classic animated movies.

Forgotton Anne takes place in the Forgotten Lands, a world in which things that are lost and forgotten are brought to life as “Forgotlings”. Players navigate this mysterious, magical world in the role of Anne, the enforcer who helps to maintain order in the Forgotten Lands. The story begins with an attack by the rebellion, which may stop Anne and her master Bonku from returning to the human world. This relatively simple plotline is deeper than expected and is highlighted by interesting characters and seamless transitions to cutscenes. Player choices also affect the story, giving players a small sense of control. Overall, the narrative is above average and could be considered comparable to some animated films. 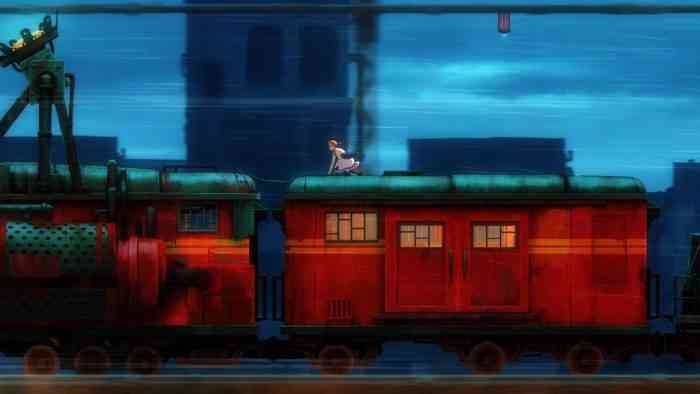 The game plays out in a side-scrolling platform style, with player movement in the X, Y, and sometimes Z-axis. Player movement includes sprinting, jumping, climbing, and utilizing a pair of mechanical wings to name a few. While the movement options are decent, there appears to be a bit of a delay when combining some of the maneuvers such as sprinting and jumping. Furthermore, a certain amount of precision to simply jump up to a ledge above in non-precision required situations can induce some frustration at times. In addition to movement, players can interact with the environment in a variety of manners such as absorbing Anima, speaking to NPCs, activating switches, and solving puzzles in other ways. While the puzzles are not too challenging, they require a bit of trial-and-error at times. For the type of the game this is, the overall gameplay suits the title, though better fluidity in the movement would have been appreciated.

The aesthetics of Forgotton Anne are likely to draw in a few players, and its continued vibrancy and animation sequences will keep them coming back. Forgotton Anne’s cinematic animation feel is held together by some great transitions between gameplay and “cutscenes”. The game’s influences are clearly some classic animated titles with the developer’s own spin as well. The game looks to be inspired in part by Studio Ghibli titles, and a hint of The Adventures of Tintin also exudes from both the graphics as well as the mood set by both the visuals and audio factors.

This visually attractive title is made even more so by a fitting orchestral score performed by the Copenhagen Philharmonic Orchestra. The score of the game is very fitting both in terms of the overall tone of the game as well as fitting various scenes and sequences as well. Lastly, the voice acting in the game was more thorough than expected, being performed more than adequately, improving the overall immersion of the experience.

Overall, Forgotton Anne is an ambitious title that successfully fuses gameplay with animation. While the visual and audio aspects of the game are undeniably on point and heavily reminiscent of animated films, the gameplay portions feel more like a tool to drive the narrative forward. While the puzzle-solving and interaction with NPCs are well-done, the “real-time” aspects of the gameplay could use some tuning. In conclusion, Forgotton Anne is a beautifully-crafted, polished experience that is a couple notches from being a stellar gaming experience.