Flow Weaver places you in the role of a wizard trapped between dimensions, looking for a way to free yourself using the powers of magic and your own intellect. The concept is intriguing, and it’s in glorious virtual reality to boot. But disappointingly, Flow Weaver isn’t quite as awesome in practice as it sounds in theory. Limited, basic environments and a very short playtime make for an experience which falls short of magical.

Flow Weaver is an escape room game. As the game opens, you’re placed in a small room in what seems to be a castle tower, surrounded by a bottle of wine, an amulet, some kind of machine with numbers on it, and other random objects including a skeleton slumped against the wall across from you. You are stuck in place, unable to move save rotating left and right. You are a novice wizard, but your powers are limited to force-manipulating objects. Your task is to figure what all this is about and free yourself.

The limited interactivity has its upside. You can play Flow Weaver quite well while remaining seated on your couch. You can even play while laying in a prone position, in bed, if you want. But if you’re like me and want more interactive gameplay from your VR games, Flow Weaver feels disappointing. Being stuck to the floor doesn’t exactly maximize the 3D potential that a great VR game should offer.

I’d go even further and question why Flow Weaver needs to be in VR at all. When I put on my Oculus Quest 2 headset and wear a weird plastic mask over my eyes, I do so willingly knowing that in exchange for the mild discomfort I will be transported to strange places, or fly like a bird, looking around at exotic 360-degree surroundings.  Flow Weaver didn’t feel like it presented anything to me that couldn’t have been done in a traditional, 2D game. 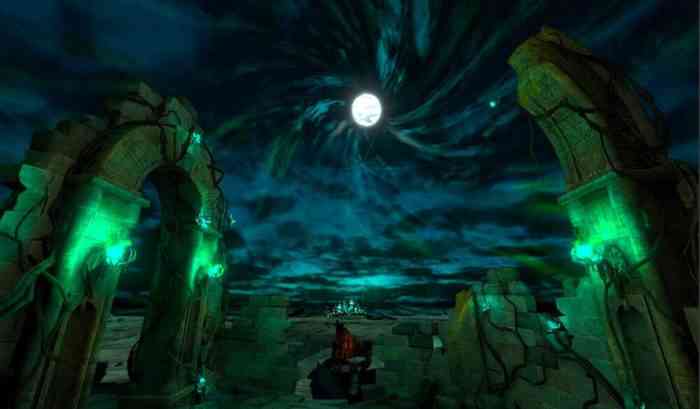 Environments, while nicely rendered, are little more than still-life scenes. Your limited point of view makes Flow Weaver feel like a point-and-click puzzle game akin Monkey Island more than anything. There are decently-voiced cutscenes that trigger when you first enter a realm, or when you find an important object like a Rune Stone; but for the most part each room is a static scene and you’re doing a lot of looking around, picking up objects and putting them down again.

Just because you’re soldered in place doesn’t mean Flow Weaver doesn’t change up the surroundings a bit. There are five “interdimensional realms” (rooms) in total in the game, and you can switch between them using a portal menu that you can call up whenever you want. Using your controller, you squeeze the trigger and “pull” the threads of each dimension until the fabric of spacetime rips and sends you to your new destination.

Puzzles utilize this dimension-swapping as an object in one dimension might be needed in another, or you might have to take an object to another realm and do something with it to make it useful in the next realm, and so on. You also pick up a few more powers as the game progresses. All of this adds some much-needed depth to what is otherwise a very straightforward and even flat puzzle experience.

As for the puzzles themselves, they are your standard fare in the area of difficulty, with some being obvious and others being frustratingly obtuse. Since there are only a limited number of objects in each realm that you can interact with, and you can’t move, it’s a matter of time before you figure out each puzzle. My criticism of Flow Weaver’s puzzles is similar to what’d say about many point-and-clicks – the hard ones are really more about random trial-and-error, a challenge to your patience more than your intellect.

You’ll finish Flow Weaver in anywhere from one to three hours, depending on how long it takes you to figure things out. That’s not a lot of content, even for a VR game. Flow Weaver is a solid escape room-style puzzler, and it has some nice rooms and a few interesting characters to interact with, but overall the limited gameplay and short playtime are a let-down. Try this VR game if you really love the escape room genre, but if you want to feel like a real wizard, there are better VR titles already out there.

**Oculus Quest 2 code was provided by the publisher ** 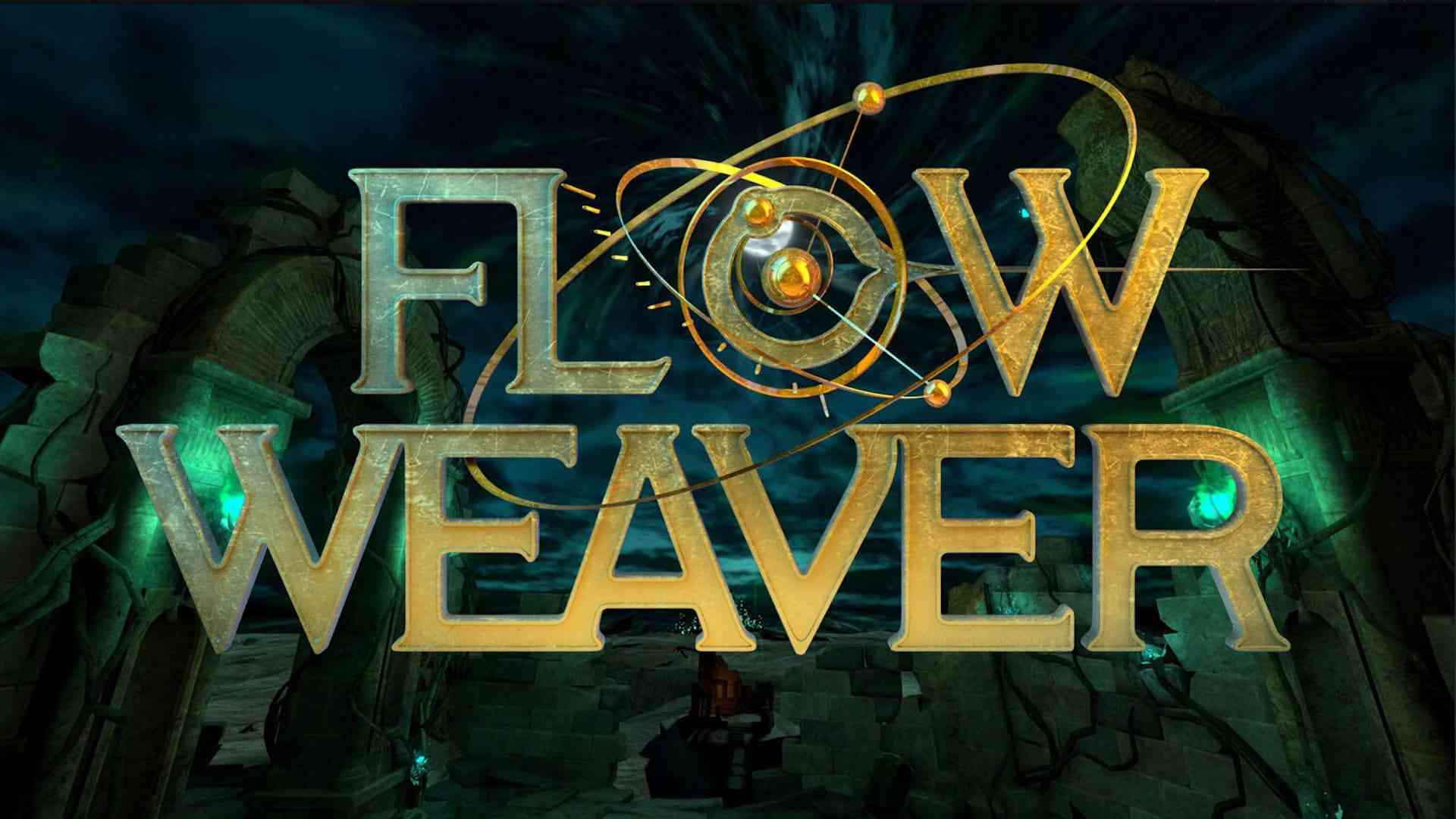