Pro Wrestling games hold a somewhat unique spot in sports gaming. They are the odd sports games that can feel just as thorough and complete without name brand recognition. While Fire Pro Wrestling World doesn’t come out of the box with recognizable faces (or heels) it does have a roster of some knock-offs to start out with. Knock-offs aren’t anything new to real pro wrestling though either. Even the iconic Hulk Hogan began his ascent to popularity as a “substitution” for Superstar Billy Graham. Imitation is part of the product, so seeing wrestlers in game that look or wrestle like other more popular wrestlers is nothing out of the ordinary.

So let’s start at the roster of Fire Pro Wrestling World. At first glance, 30 wrestlers does not seem like a lot. None of which are instantly recognizable by name, although some astute fans will be able to make comparisons by the movesets alone. How exactly does FPWW stack up then with its competitors? The answer here is lots of customization and a dedicated base of user made creations. The Steam version incorporates the Workshop to make downloading new wrestlers, rings or even refs fairly easy if you don’t want to do all this yourself. What it all equates to is that in virtually no time at all I had a full stable of wrestlers from the late 90’s WCW and venues to match. Before I go any further though I do want to point out that there is a NJPW branded DLC available. That obviously does add actual licensed content to the game, however, at this time I’m just covering the base game.

Now it is important to note that it is a bit more nostalgic in it’s look and elsewhere. The isometric layout and retro visuals definitely give the feel of playing more classic wrestling titles. Unfortunately, some of that throwback extends to the game’s menus and options as well. There is a layer of understanding that needs to take place to get to what you actually want to do. I said earlier that turning my game into a late 90’s WCW analog was easy. It technically is, but it also requires knowing just what to do. Adding characters requires first creating a Team and then at least one Stable to place them into. You can’t just subscribe to a Workshop item and have it appear. The same holds true for rings and belts, etc. Easy steps, but not very intuitive ones to first-time users. Luckily there is that dedicated fan base that has built up over the years that makes finding the answers easy. So while the retro look might be appealing it does bring over a retro menu system that isn’t going to win over any newcomers.

How about the wrestling though, is it any fun? If you have no clue what the menus are actually saying, you may be a bit baffled on how to actually do anything at first. Again, it’s not intuitive, but there are missions that start off with a tutorial. This is important as button mashing will pretty much get you nowhere here. The moves are instead based on timing. It takes a little to get use to, but once down opens up an entirely different world and dimension to the game. There is no right out of the gate big moves either. Sure you can try but it’s not going to work, opponents need to be worn down with a series of smaller/weaker moves, building up to those devastating attacks. 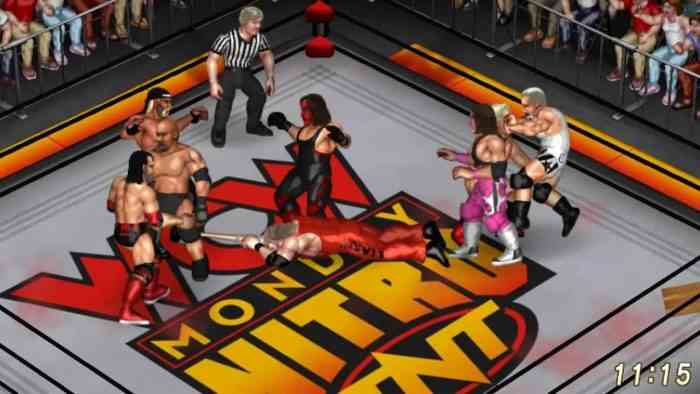 There is also a wide variety of match types to really spice things up. From classic Steel Cage matches to Barbed-wire to even a Landmine Deathmatch there is a lot going on. The action can even go online now as well versus players from all over the world. Everything involved really feels like some more classic games in wrestling’s video game history. That’s going to be a big plus to some fans out there, but it could very well turn off some others. There’s no giant cinematic sections, not a whole lot of other frills, it’s mostly all about wrestling and the ability to create what it is you want exactly in that environment.

Besides not appealing to a wider audience, there are some other issues I encountered. To start, the first time I loaded up the game I was met with Japanese menus. Combined with the fact that the menus aren’t exactly intuitive when in English, it could have made for a short stay with the game. But once again, community to the rescue with some snapshots showing the option comparisons between Japanese and English. Not sure who this falls on, but the Steam Workshop was inaccessible for the game one day, current subscriptions still worked, but it made me grabbing something new that day impossible. Finally, the game downloads that content every time I start the game. This was always the case for me, but doing some digging this was not the case at all times or for everyone. It wasn’t much of an inconvenience for me with only 250 some odd characters and pieces to download each time, it took less than 5 seconds, but to the people with several thousand additions to their game, it’s a much bigger issue.

Fire Pro Wrestling World, for the most part, does what it sets out to do very well. That experience may not be one that’s going to be for everyone. It may even skew more towards those truly dedicated fans or those yearning for a more classic approach. Can it still hold its ground though compared to other contemporary Pro Wrestling titles? Yes, it can, but it takes such a radically different approach than others. It’s definitely good, but it’s definitely different. 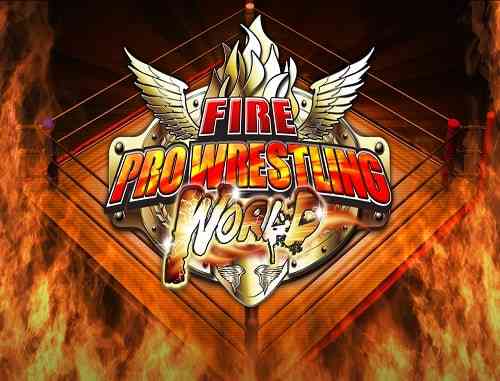 Blossom Tales II: The Minotaur Prince Review – A Hardcore Zelda-Clone
Next Grip: Combat Racing Review – A Roll of The Dice
Previous Marvel’s Spider-Man: The Heist Review – A Swing and a Miss