I have a deep and delirious love for Final Fantasy IX. This title, not VII or VIII, was my first 3D Final Fantasy Experience. The bombastic, overblown story, the charming aesthetic and the heartbreaking music never fail to suck me right in. But that’s not what’s on trial here. No, we’re scrutinizing the Nintendo Switch port of this timeless classic. On that note, there’s a healthy smattering of ups and downs to be had. This isn’t the ultimate version of the game, but Square Enix still managed to leave the old magic more or less intact.

Coming at the very end of the system’s life cycle, Final Fantasy IX pushed the PS1 proper hard. You really have to hand it to the designers for getting so much visual punch out of that venerable machine. That being said, I didn’t exactly know what I was looking at most of the time when it came to the character models. I knew who was who, but I was definitely filling in the blanks when it came to the finer details. This remastered version solved a lot of mysteries for me. Cid’s initial appearance finally makes sense! Where there was once a kind of tan smudge with a cape and a collar, now there’s an Oglop! In fact, everyone looks incredible by comparison. Once in a while these new models brush up against the old CG a little violently, but otherwise they look terrific.

What doesn’t look as good is the UI. I got used to it relatively fast, but you can immediately tell that this version of the game is optimized for PC and mobile. There was just something ephemeral about the old design, a sort of fuzzy glistening that this shiny new system sorely lacks. It was a small problem, but nothing I couldn’t quickly forget about. Otherwise, the visuals are all cleaned up and scaled to these newfangled TVs, including the cut scenes. Those didn’t age as well as the actual graphics, I quickly discovered. The still images are fine enough, but there’s something off about Zidane and pals in motion. Thankfully, this is only an occasional problem. 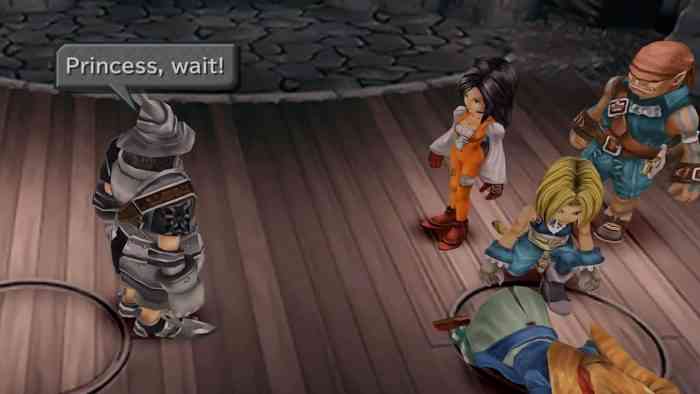 If you’re not feeling up for the relentless grind, you can always turn on the cheats. A lot of these powerups can’t be deactivated once they’re turned on, which has so far kept me from using them. I have no such issue with the high-speed mode, however. The battles go by a lot quicker this way, though you’re likely to accidentally mess up a battle if they’re just breezing by. Although, I’m sure that my stance on cheats will change once I start sniffing around for the secret boss. My memories of them are characterized by intense pain and suffering.

Speaking of level grinding, this version of the game still sports that bug with the background music. Specifically, the song appears to restart after every random battle. This is a criminal shame because the music of Final Fantasy IX is exemplary stuff. Again, this is a small issue, but it’s weird that it still persists. Especially given how many years the remastered version has been out in the wild.

Not Without Its Flaws

Glitches and gross UI aside, my time with Final Fantasy IX has been delightful. This entry in the series trades overly-complex battle systems for a compelling story, one that still gets me right in the guts. There’s still lots of fiddling and finding to engage in, of course. I accidentally spent an hour and a half playing Chocobo Hot and Cold after wandering into the woods. Between that and the reams of other sidequests, I’m more or less destined to drop dozens of hours on this game yet again.

With all of this in mind, the question remains: is this port worth your time and money? If you’ve never played Final Fantasy IX before, it’s an easy and enthusiastic yes. The portable nature of the Switch means that this charming, massive adventure can follow you wherever you go. Furthermore, the game can be as easy or as hard as you like, thanks to all those cheats. If you’ve got fond memories of this game, the question gets a little harder. The new graphics are beautiful, but maybe this isn’t what you’re looking for. Sometimes nostalgia demands a preserved experience, not a polished one. This version is a lot more than the original ever was on the PSN, but it is a modified version. I’m just happy to have this game on the Switch, but I recognize that it’s far from a perfect port. If you can see past the minor flaws, Final Fantasy IX is an excellent investment on the Nintendo Switch. 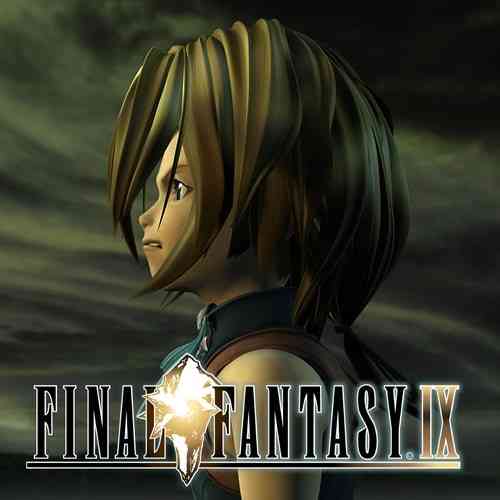