As we inch closer to the big day, many moms, dads, brothers or drunk uncles are looking for that must have Xbox One game to put under the tree.  Let’s face it none of the launch games scream “you must own this”.  Sure Forza 5 and Dead Rising 3 are pretty solid launch titles.  Likewise Call of Duty Ghosts and Madden 25 will certainly appeal to those who have already invested some time with their respective franchises.  Yet not one launch game has come bursting out of the gate with everyone clamouring to get their hands on a copy of the game.  At least not nearly in the same way we frothed at the mouth when GTA5 was released.

I will save you some suspense.  FIFA 14 won’t be considered by the masses to be THE GAME to have for your Xbox One.  In fact, it may fall off many soccer fans radar altogether given the Xbox 360 and PS3 version are both pretty damn good and online there is a much larger fan base with the current generation consoles.  Yet there is plenty of reason to identify FIFA 14 for the Xbox One to be your “must have” game because frankly it’s glorious. It’s one that absolutely needs to be owned by any FIFA fan looking for a reason to take their game to the next gen pitch this holiday season.  It is quite easily a game you can purchase with confidence. 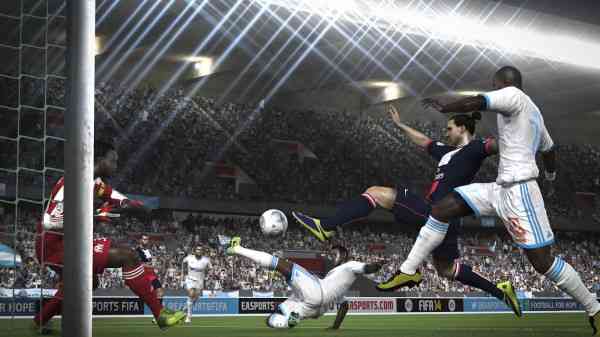 Considering I reviewed the Xbox 360 version of the game back in September (read review HERE), I won’t go over the glut of new features or other elements added to the franchise this year.  Typically I approach EA Sports game reviews with some heavy analysis how this game differs from last years game.  I won’t do that here.  By in large all the features and modes you have come to love from the current gen FIFA 14 experience make its way onto the next gen FIFA game.  So for those of you wondering if this is a stripped down version of the game you can breathe a sigh of relief as that is not the case at all.  In many ways it feels like a more polished and refined FIFA experience which is hard to imagine given how strong the franchise has been on current generation consoles for the past few years.  Bottom line it’s a great game on the Xbox One and much of that ‘awesomeness’ has to do with the upgraded visuals.

This is the best I have seen an EA Sports FIFA game look to date.  The fans certainly steal the show as they do come alive and look so much better than they have in the past.  In fact, just throw in a current generation copy of FIFA and you will see how badly the fans look compared to the Xbox One’s 3D crowds.  No two fans look alike either as I saw some fans wearing home and some wearing away jerseys in the stands.  When it was raining I saw many fans wearing jackets and waving flags.  When a goal is scored, the fans come leaping out of their seats and the atmosphere is electric. For the first time in recent memory the fans really feel like they are part of the game and those generic cardboard cut-out fans have gone by the wayside.

Stadiums and the playing surface have also noticeably improved.  It just seems like it is a much brighter game and the green grass is vibrant as is all the markings on the field.  The stadiums look like exact replicas of their ‘real life’ counterpart.  The detail and even the backgrounds look amazing.  That higher resolution and fidelity makes a big difference with the next generation version.  So needless to say, once you start playing the next generation version it will be tough to go back. 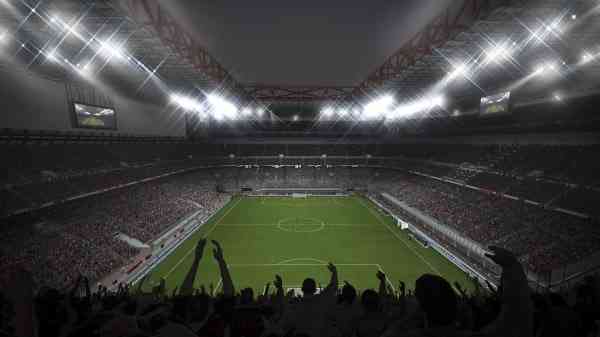 The players themselves have also seen an upgrade.  While the facial animations could still use some work, the way the players move and the way their shorts, for instance, flap about as they are running is impressive.  Likewise the replays look incredible.  I found myself watching nearly all the replays (which I almost never do) simply because they not only looked good but they are captivating as well.  The animations are beautiful in FIFA 14 for the Xbox One– plain and simple.

When it comes to the gameplay itself, I did notice some differences but mostly positive ones.  Granted it largely plays the same as the current gen FIFA game; however, if you indeed played FIFA 14 on current generation consoles you will notice this game feels a tad slower.  Player movements seem much more deliberate.  Momentum and body physics seem to play a much greater role.  You can no longer tear up and down the pitch cruising past defenders at will.  The element of strategy and tactically moving up and down the pitch is very much alive with this next generation version.  Likewise defending does not seem like such a daunting task this time around.  I was able to take the ball away in several instances and I always felt like my players were never really out of position.

I also like the new default camera angle. It has a more TV broadcast style but at the same time your view of the field is not compromised in any way.  I prefer a wider angle camera that doesn’t move all over the place.  The default camera for the Xbox One is just perfect for me as I found I was able to see everything I needed to see on the pitch and it never seem to have a mind of its own like other cameras I have seen in other sports games. 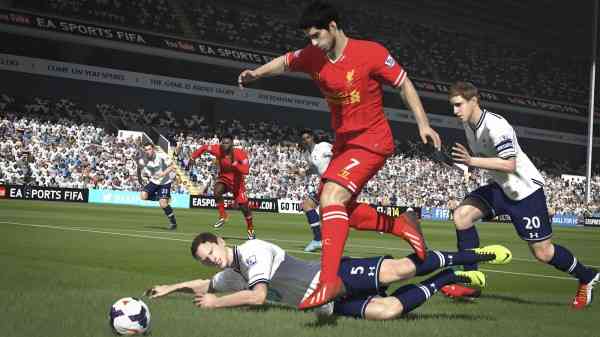 Passing and shooting also feels a little more authentic.  For instance I saw quite a few more finesse goals.  The ball seemed to swerve at times and the ball would come off the player’s foot in different ways.  The shooting and passing mechanic have always been smooth but with this next gen version they just feel much smoother and certainly more authentic.  It is definitely not “easy” to score in the game and I never found I could score at will.  Sure I found myself frustrated at times as I was pressing for a game tying goal but in the end this is a good thing as it’s all about making the game the most authentic virtual soccer experience to date.

The EA Sports FIFA franchise has had a pretty good run in recent years.  Sales have been strong, it’s been getting stellar review scores and the fan base is massive.  This year is no different.  Both the current generation and now the next generation installments of the franchise are rock solid.  FIFA 14 for the Xbox One is quite simply an impressive launch game.  The enhanced visuals make for a game that comes alive and for the first time in recent memory I truly felt like I was “in the game”.  There is some room for growth but there is no question this FIFA game is about the best we could have hoped for with an EA Sports launch title. 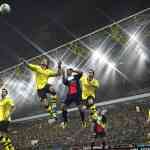 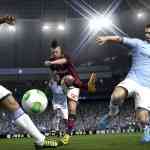 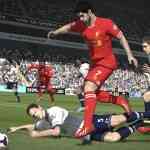 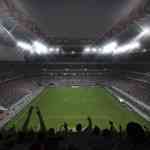 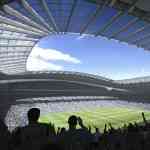 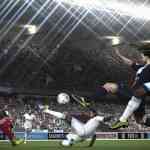 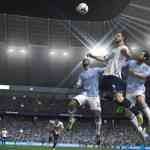