Enter the Gungeon Review – Mayhem on a Silver Platter

There’s something incredibly addictive about a good rogue-like shooter. Challenging bosses, fun upgrades, and a tough difficulty level that only increases as you delve further are the three key ingredients, and Dodge Roll has added all of it to Enter the Gungeon. I passed on the initial PC release, but I’m glad the console release didn’t pass me by.

Due to a ridiculous amount of hours spent on Binding of Isaac, the initial trailer for Enter the Gungeon had my intrigued. It’s similar in several ways, but oh so very different. First and foremost, guns. Each hero starts with their beginner loadout, but you’re guaranteed a new gun by the time you clear the first floor. Shotguns, rocket launchers, lasers, slingshots, and many more are waiting to be found and unlocked in the Gungeon. These are limited in ammo, but typically stronger than your starting weapon.

This opens up a lot in terms of strategy and run diversity. Instead of just finding passive and active items, a new gun can open up some serious potential on otherwise useless passives. It’s all quite ridiculous of course, especially when you start delving deeper and deeper into the Gungeon. By the time you make it to the fifth floor, you are likely a veritable wrecking ball of death. Or at least I hope you are, otherwise you’re in for a tough time.

“Frankly, Enter the Gungeon has a lot of content to figure out and unlock before deeper runs are viable for newer players.”

Unlike Isaac, standard upgrade passives aren’t as common, likely due to the drop rate of guns. Coupled with enemies who gain more health the deeper you go, it’s actually very difficult to get far without knowing what you’re doing. Frankly, Enter the Gungeon has a lot of content to figure out and unlock before deeper runs are viable for newer players. Multiple secret vendors to find, a few side-bosses, and hub shops to purchase from make this game something you’ll want to stop and do some quick research on after you’ve spent a few hours dodging bullets and unlocking items. It’s all super fun, but it can be difficult to choose what to buy next when you don’t know what’s going to happen. 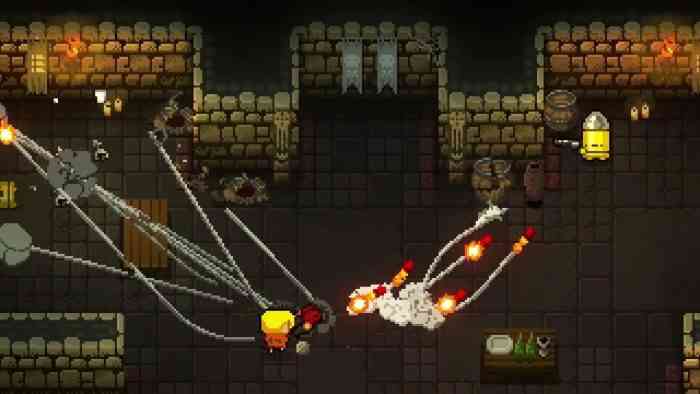 The amount of content and the hub world might be enough to turn away those who wanted a more basic bullet hell shoot-em-up, but I think it’s refreshing. Instead of beating it over and over as fast as possible, it’s now a slog just to make it to the final floor. However, you’re rewarded for each boss kill. So even if you’re stuck on floor 2, killing the first floor boss over and over will still help you slowly unlock the items and encounters you’ll need to become a Dragun slayer.

This release doesn’t differ much from the PC version, so there’s not much incentive to purchase it again on console if you already own it. However, something about playing a twin-stick shooter with a controller just feels right, and everything feels right at home on Xbox One. There’s also still co-op, and I think it’s going to get a lot more use from people playing on console than those on PC.

“With a low purchase price and a co-op option, this game should be on just about anyone’s purchase list”

Enter the Gungeon is not only a hell of a lot of fun, it’s cheap too. With a low purchase price and a co-op option, this game should be on just about anyone’s purchase list. You’re going to get hooked, you’re going to spend hours trying over and over to get to the end, and then once you finally do, you’re going to start over again to try to unlock all the things.

If you enjoyed any other bullet hell rogue-likes, particularly Nuclear Throne or Binding of Isaac, I can’t recommend Enter the Gungeon enough. It has a few elements that some would consider design flaws, but these are easy to overlook when you step back and look at the whole picture and what is really being offered her: mayhem on a silver platter. 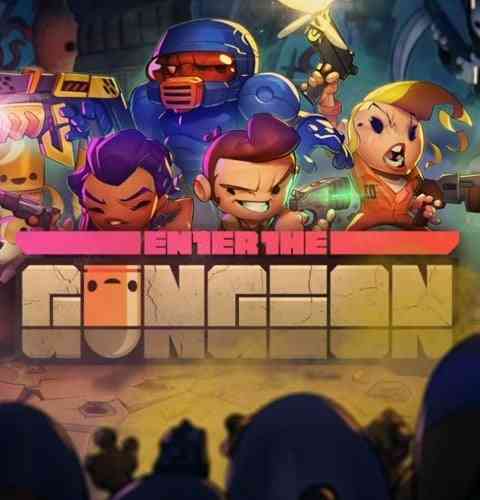 Weird West Is Getting a Zombie Apocalypse Mode
Next The Sexy Brutale Review – Just How Sexy and Brutal Is It?
Previous Flinthook Review – Fun to Play Roguelike Oozing Charm and Personality