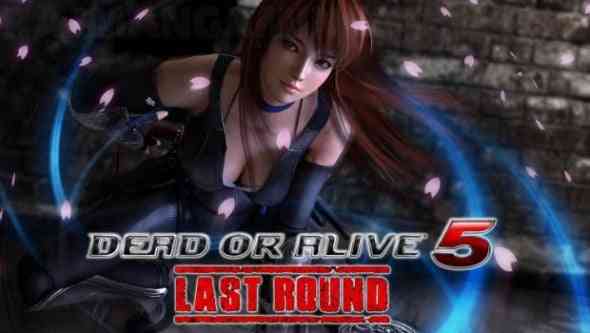 If someone were to ask me which franchise has been around since 1996 and has sold over 8.6 million units worldwide, I would have never guessed Dead or Alive. This series was down for the count several years ago before it made a triumphant return in 2012. Dead or Alive 5 for last generation consoles was positively received as the visuals were stunning and its over-the-top gratuitous boobage was embraced by the masses. As for the fighting mechanics, they were silky smooth as well. Fast forward 3-years later and we are fortunate enough to get our hands on Dead or Alive 5: Last Round which jams in all the content from the entire DOA5 series (DOA5, DOA5+, DOA5 Ultimate and DOA5U Arcade) into one robust package. While many of the issues that have plagued the series in the past rear their ugly head in this next gen version of the game, there is no question fans lusting for some oversized mammaries, and flashy fighting effects have come to the right place.

If there is anything that jumps out at you from the get go, it’s the visuals. They are stunning and a marked upgrade over the last gen’s graphics. The level of detail is impressive. For instance when characters sweat, their clothes get wet, and even dirty if the characters are knocked into the pavement. It makes for a more engaging and immersive experience. Each character has their own unique features as well. With over 30 fighters on the roster it is quite remarkable how they all look considerably different from one another. Granted the female fighters remain the star of the show but the male fighters look pretty bad ass themselves. DOA fans should be relieved to know the developers took a ‘less is more’ approach when it came to the female fighters clothes. 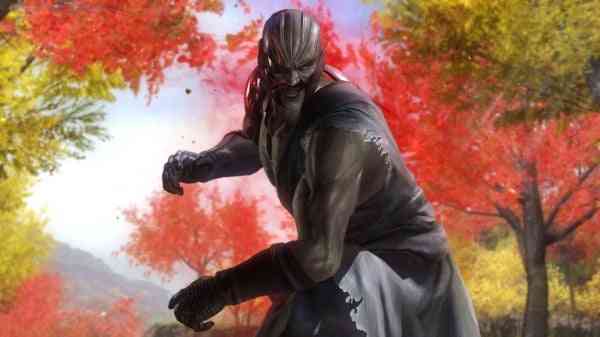 At 1080p at 60 frames per second, Dead or Alive 5: Last Round runs incredibly smooth with much of that credit going to the games Soft Engine. While the characters look more realistic, their movements are spot on. There are even some new breast jiggle physics diehard fans (or dirty pervs) will notice this time around. If you manage to spare a few moments to take your eyes off the fighters, you will notice the fighting arenas and surrounding environments look sharp as well. Not to mention the transition from cut-scene to in game fighting is seamless. You barely notice the transitions at all. From my perspective this is easily the best the franchise has looked to date.

As much as the games visuals kick ass, the same cannot be said for the horrific story mode experience. It is essentially the same jumbled mess it was back in 2012. In addition to being extremely short, which is a blessing in disguise, the story lacks any kind of semblance of a plotline that makes sense. It’s confusing and I cannot help but think something must have been lost in translation as maybe its Japanese audience got a version that wasn’t such a head scratcher. The story is; however, a good excuse to get acclimated to the games fighting mechanics and acts as a nice little introduction to the roster of fighters. For beginners it is where you will want to make your first stop provided you can stomach the humour that will make your groan and bad lip-synching.

For those that want to avoid the story mode all together you can always hop into DOA’s comprehensive tutorial mode. Not only can you learn the basic moves but the training also demonstrates more advanced moves and combos as well. My only gripe with the tutorial is that the game does not recognize and re-train you on some of the more complex combos when you mess them up. Instead you are left to try the move over and over until you get it right. If you don’t get it right, you have to exit out of the tutorial all together. I would have preferred a system that recognized my errors, and demonstrated the combo all over again. Also there is reportedly a game breaking bug late in the tutorial that apparently Team Ninja is trying to fix. I was fortunate not to experience this bug but it is concerning nonetheless. 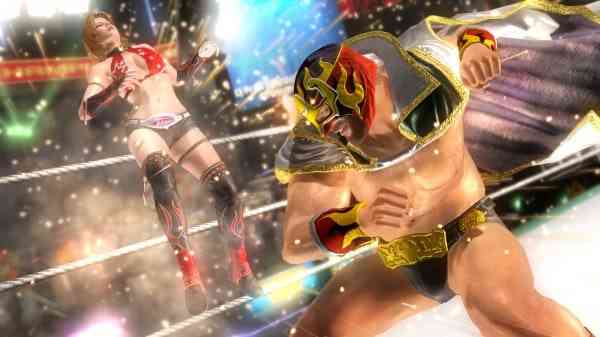 Beginners will do just fine mashing away. In fact, you probably should be able to plow through the story mode by merely giving those buttons a good work out. Yet if you plan on mastering Dead or Alive 5: Last Round and jumping online, it is critical you learn more advanced moves and combos. There is no question they take a lot of practice as this is one of those games that is easy to pick up but difficult to master. I will be honest, I didn’t spend much time online because at the time of this writing the online functionality was mostly broken. I can only imagine it will be fixed with a patch but for now be aware Xbox One owners you may need to wait a bit to jump online.

Team Ninja has certainly done a nice job with the next generation version of their beloved Dead or Alive franchise. While some of the issues that have haunted previous games in the series persist and some of the glitches and bugs zap some of enjoyment out of it, the fact remains this is the best the franchise has looked to date and the fighting is more enjoyable than ever. It is a balanced fighting game that is forgiving for beginners but equally challenging for long time fans. It is far from being considered the definitive fighting game on the planet and should quickly be overshadowed by Street Fighter V’s pending release but if you are a fan of the franchise or someone looking for some mindless fast paced fun, Dead or Alive 5: Last Round should be right up your alley.

We just happen to have an extra code for DOA5: Last Round and we sure would love to give it away…. in Polls and Contests on LockerDome