Dead Alliance mixes zombie survival with fast-paced multiplayer action, and while you’ve probably played games that are just like it, the combination of these two aspects makes it stand out from the overpopulated shooter crowd. The controls need some work and the visuals could use a boost, but Dead Alliance has a unique vibe to it and there’s definitely some fun to be had.

While I went in expecting to play a shooter that felt incredibly familiar – with Left 4 Dead immediately coming to mind after seeing the cover – and one that wouldn’t really push anything new, I was pleased to find out that Dead Alliance incorporates a MOBA-type system that is unlike anything I’ve ever played. In every mode, whether that’s team deathmatch, king of the hill, or the game’s attrition mode which has players capturing and defending strongholds, dozens of zombies litter the arena and affect the outcome of matches. Players can simply ignore the walking dead and focus on killing as many foes as possible, but that strategy is a sure way to lose a game.

Different items like lures and distractions are key to victory as the MOBA aspects of the game are introduced. The zombies act as minions that attack opposing players and defend objectives. But in Dead Alliance, the zombie hordes can change allegiances using items called Z-Mods. One of those mods, the PAM grenade, brings zombies to your side which highlights the strategic aspects of Dead Alliance. When and where you throw the PAM grenades could be the difference between capturing a vital stronghold and deciding the final score of the game.

“Players can simply ignore the walking dead and focus on killing as many foes as possible, but that strategy is a sure way to lose a game.”

Some of the more powerful zombies are impossible to ignore when the enemy team turns them to their side, allowing vital time to pass as they rack up points. Players can use distractors that lure zombies to one location en masse to block an alley that the opposition team can flank or simply to turn as many of them as possible to their side with the toss of a PAM grenade. Some matches turn into routs when playing against enemies that don’t use the wealth of abilities at their disposal, while advanced players can offer competitive matches. But aside from human foes, Dead Alliance’s bots prove to be a stern challenge.

Every multiplayer mode in the game can be played with bots that are incredibly intelligent. Playing a free for all match against normal level bots was easy when firing at them, but once the game gets going and the zombies get involved, they turn into nightmarish killing machines that use every ability at their disposal. I once walked into a firefight between three or four bots that resulted in at least 15 zombies taking turns swapping sides with grenades and all manner of explosives and gases being thrown around. While their aim is a little too accurate, it seems to be a fair trade off for how exhilarating it is to do battle against them. 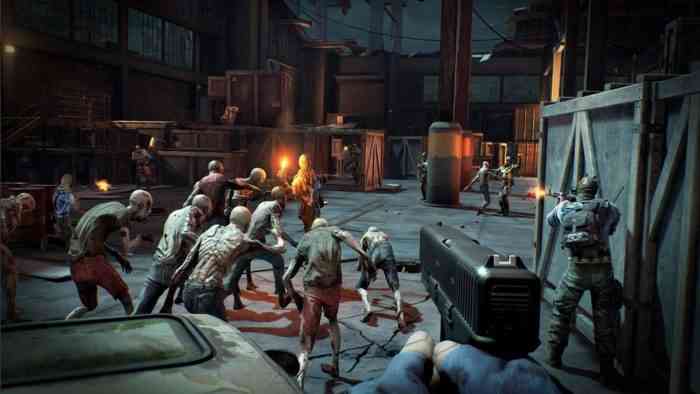 The game also features class customization in the ‘Hideout’ as players can swap attachments, skins, and a limited number of weapons. Dead Alliance seems to focus more on the in-game experience than the secondary or tertiary aspects that would be expected in a triple-A shooter like more extensive customization options and certainly a few more maps in the multiplayer rotation. But its implementation of MOBA-style gameplay is a breath of fresh air in a crowded market.

Where Dead Alliance fails though, is the execution of that gameplay when it comes to its shooting mechanics. While pulling the trigger and pumping lead into zombie carcasses feels satisfying, the aiming is incredibly frustrating, especially at long ranges. I just couldn’t seem to target both static and mobile bodies alike, let alone trying to attempt a headshot. At close range, it isn’t that heinous, but anything further than 20 meters is going to be a challenge to land a shot on. I was still able to ignore these flaws and have some fun with the game, but the base mechanics of a shooter simply must feel great or it drastically takes away from its level of enjoyment.

Dead Alliance may not have the best visuals or the biggest budget, but it implements a MOBA-like system into an appropriate zombie shooter mold and provides a unique experience, unlike anything I’ve played in the genre. Other developers would do well to take notes from Psyop Games on their brilliant combination between MOBA and multiplayer shooter. 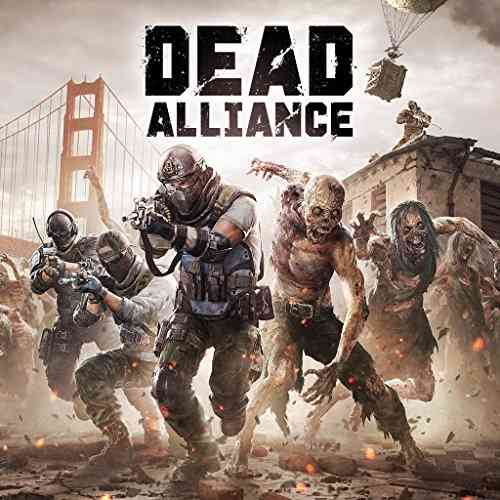