When I first started hearing rumblings about Darkwood — even as far back as its Steam Early Access days — I knew it was right up my alley. I like challenging games, especially ones that encourage experimentation with little to no tutorials. I also love survival horror games. Darkwood is a perfect mashup of these two ideas but with its own set of gameplay twists and an intriguing mystery. It can be brutally tough at times — the game even opens up with a warning — but if you’re steadfast in seeing things through, Darkwood is an immensely satisfying and spooky ride.

Darkwood is a true survival horror, which means you’ll be fighting for your life with the scarcest of resources. Exploring the dark and mysterious Soviet-era Eastern European forest is both terrifying and compelling. At its core, Darkwood is all about testing your survival instincts against the horrors of the wood. Preparation is key if you have any hope at all in fending off the frightening creatures that emerge from the darkness that threatens your all-too-small hideout. Playing smart means living to see another day, only there’s the unflinching realization of having to do it over and over again.

Even with a fairly limited colour palette and top-down perspective, Darkwood is atmospheric as hell. It does a damn fine job of making you feel isolated with an unwavering sense of dread permeating at all times. This is in large part due to the dense and looming trees surrounding you at every step, keeping whatever nightmarish monsters just out of reach. Couple that claustrophobic feeling with the fact that there’s hardly any player guidance whatsoever can give the impression that Darkwood isn’t for the faint of heart. And while that might be true to an extent — those first few nights can be a bit rough — there’s plenty of breathing room between combat encounters to make you feel like you have a fighting chance, especially after you’ve gone the day scavenging a ton of resources. 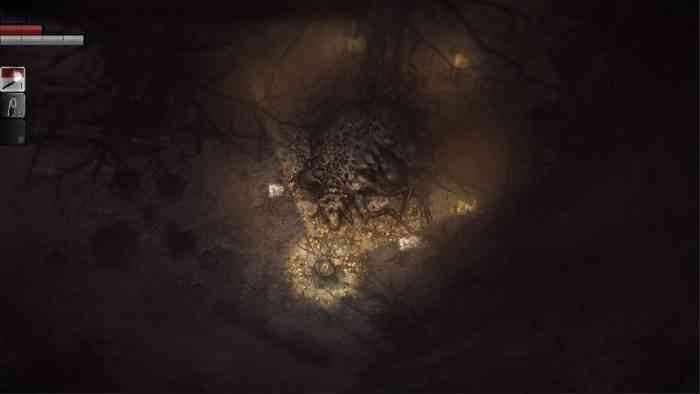 Those items and resources are what’s key to surviving the night. After the day is done, you’ll head back to your hideout to fortify it as best as you possibly can against the supernatural forces in the woods. While there is a helpful trader that shows up to replenish some of your goods, the majority of items used to barricade your house and equip yourself with will come from what you found in abandoned houses, cars or dead bodies during your daytime treks. You’ll pick up tons of wood (duh!), rags, gasoline, etc. to prepare for battle, but even then, survival isn’t always a guarantee.

The crafting system in Darkwood is fairly simple, even though it may not appear to be from the start. With all of those resources in your inventory, you’ll quickly figure out which items can be combined to construct new weapons, provide defences for your hideout, build traps, and even brew health potions.

I did find that moving through my inventory, crafting items, and equipping weapons felt a tad slower on PS4 than it did on PC. If you have the means to play it on PC, then do it — but with that said, the PS4 version is more than adequate. The gameplay doesn’t rely on having a twitchy finger, so while it is slower with a gamepad, it’s in no way a huge setback. 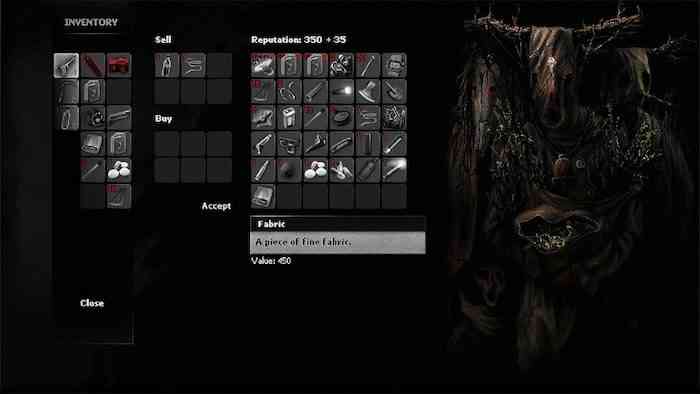 Once locked and loaded, I had to steel myself in preparation for the enemy attack. While barricading windows and setting traps will slow them down to a point, I still had to worry about the inevitable onslaught of creatures coming from all angles. Combat is similar to other twin-stick control schemes, but I had to also keep a close eye on my stamina bar which can deplete quickly if you spam the attack button. Your character isn’t exactly the best of fighters, so utilizing everything you have at your disposal is vital at staying alive.

Darkwood is procedurally-generated, so each run will be different for every person. This also means that there’s really no point in memorizing where things are. I’m not usually one for randomly-generated levels in games, but Darkwood’s layouts don’t feel like they’ve been manipulated by a computer or algorithm for that matter. Instead, the unpredictable nature lends itself to the core mystery surrounding the forest and feels more entwined with the gameplay compared to other games. 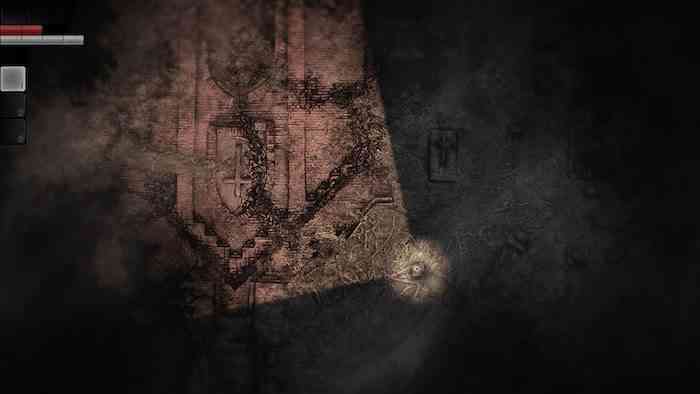 While I’m all for games being less hand-holdy, that doesn’t always mean I don’t like a bit of direction now and again, especially since the in-game map in Darkwood is needlessly frustrating. I know that sounds like two opposing things but Darkwood could really do with a better map. It’s intentionally crudely drawn with a few landmarks to distinguish key areas, but it doesn’t exactly function as well as I hoped it would. It does encourage you to go out and explore on your own, but it can be frustrating to use when you start accepting quests from other characters that could’ve gone smoother if there was a better form of navigating. Some of the best narrative beats in Darkwood come from these quests too, which help to service the main story arc by offering even greater insight into the weird ongoings of the forest.

Darkwood is a challenging and rewarding horror game that will test even the hardcore survival horror buff. The gameplay loop of finding new and better resources by day and fending off horrifying creatures by night is surprisingly addictive. It hardly ever holds your hand and encourages experimentation and exploration of its atmospheric and haunting world. There’s even an engaging narrative with branching paths with plenty of payoffs too. There’s no denying it isn’t the most accessible of games, but if you stick with it, Darkwood is a shining light in an otherwise niche genre. 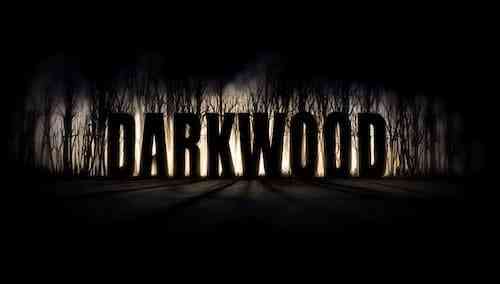