I didn’t think it was possible but Dandara proves that you can make a Metroidvania without any running or jumping. When you consider it launched on mobile devices, the way the titular heroine moves around her environment is a surprisingly elegant and unique solution around the limitations of touchscreens for a game like this. In Dandara, you move by aiming at specific white surfaces on the walls and ceilings and sticking to them. That might sound weirdly obtuse but when you see it in action alongside blasting and evading enemies and obstacles, it looks incredibly cool. Yes, this is technically a two-year-old game now but this new enhanced version (known as Dandara: Trials of Fear Edition) is the most complete and definitive way to play this under-appreciated indie darling.

If you’re looking for a deeply engrossing story to accompany the fast-paced platforming and shooting, you’d be hard-pressed to find it in Dandara. It isn’t entirely non-existent, but it definitely takes a back seat to the gameplay. It’s set in a place called Salt which appears to have suffered a deep tragedy that has oppressed its citizens. Just as the world is on the verge of collapse, Dandara awakens as a beacon of hope for the people of Salt. You can make parallels and metaphors to the real world from its lightly-political perspectives, but I can’t say that the game ever really has anything important to say. This didn’t hinder my overall enjoyment of the game one bit, and its lack of story shouldn’t deter you from giving it an honest try.

It seems like a new Metroidvania game gets released almost every day, to the point where they all start to blend together. There are some damn fine good ones — Steamworld Dig 2 and Axiom Verge come to mind — but it’s getting increasingly harder for them to stand out from the pack. Some have a distinct graphical style (Dust: An Elysian Tail) or bake in rogue-like elements (Dead Cells). In Dandara, it’s the traversal system that takes the spotlight. White spots, known in-game as Salt, are scattered around the environment and these are used to move Dandara through each area. Simply aim the left stick at these spots then press the corresponding button to launch in that direction. Salt is found basically everywhere, on ceilings and walls, on rotating and moving platforms — you get the gist. This mechanic makes navigating the map a lot more interesting and involved. 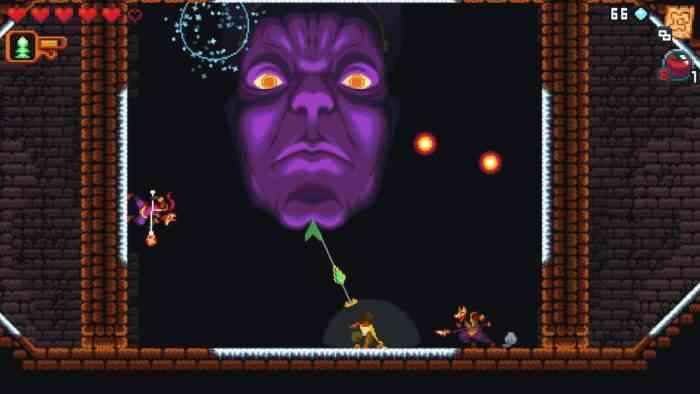 Dandara can stick to any white surface, so gravity doesn’t have any effect on her at all. It’s best to not dwell too much on the physics but it does make for some pretty cool action moments. The first time you evade an enemies’ projectile by sticking to the ceiling then launching a counter-attack is awesome or when you take down some robot bugs with a few charge blasts all while sticking to a rotating platform never ceases to be super satisfying.

If you do end up taking a hit while mid-jump, you stay suspended in the air, as if in space. Besides losing some life, you still have to make your next move pretty quickly. Do you take the chance to finish off an enemy or jump back to a previous safe spot to plot out a different strategy? Dandara still retains the same sensibilities of a Metroid or Castlevania but it’s presented as something entirely new. 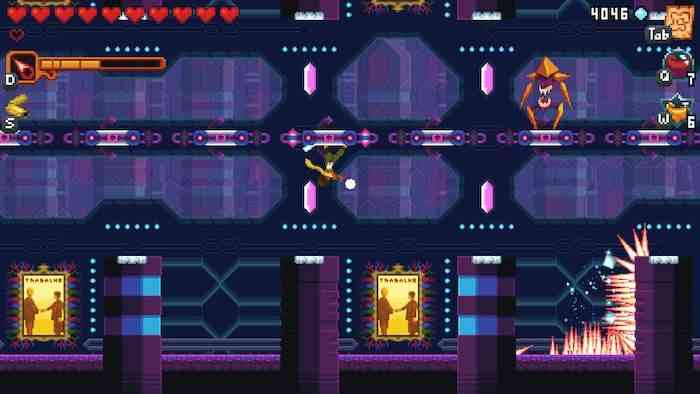 Exploring the world of Salt is a total blast. It’s a Metroidvania through and through which means running into areas that are inaccessible the first time until you find the necessary tool or item to proceed. Things start out straight forward enough, but after the first big boss fight, the map really begins to expand and test your skills. Everything is interconnected through a series of rooms, but there are distinct areas that act like individual worlds. Seeing what’s behind every new door never got old. Whether it be a brand new enemy type to take down, or out of reach chest or simply taking in the gorgeous backgrounds, a new surprise is never too far away.

Dandara is a hard game. I wouldn’t call it punishing like the Soulsbourne games but it tested me more than enough times. Speeding through the game is far from ideal as there are plenty of hairy situations you’ll come across involving challenging enemies or tricky and deadly puzzles. If there’s one piece of advice I can give, it would be to just take your time. Unless I was backtracking to an area I’ve revisited numerous times over, rushing through Dandara will probably have you seeing the game over screen in a manner of seconds. Dying isn’t the worst thing. It sets you back to the last time you visited a campsite. What is painful, however, is losing all of your salt, the resource that upgrades your stats. 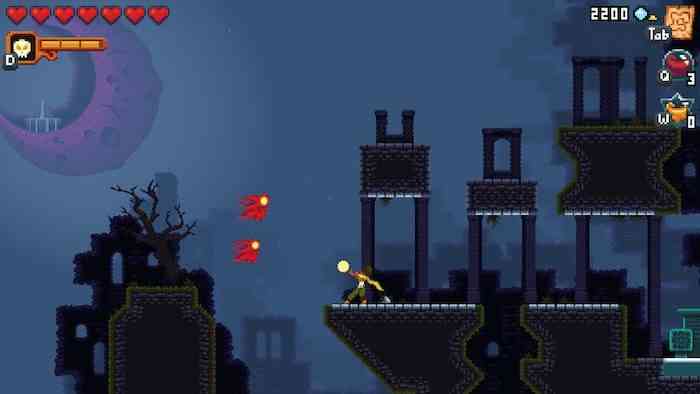 Let me explain. Killing enemies, blasting obstacles, and opening chests will earn you Salt. Earn enough and you can upgrade and level up Dandara at a campsite. You can choose to increase the amount of hearts you have, or increase the amount of energy and health you receive from items. Upgrading Dandara is practically essential as you get closer to the end and face tougher challenges. Dying, however, means potentially losing all of your Salt. Dying sends you back to the nearest campsite where you’re given one last chance to retrieve all of your Salt from the exact spot where you died. If you die again while doing so, you can kiss all of that sweet, sweet Salt goodbye. It’s a bit like Dark Souls when you think about it.

There’s also a clever risk/reward system here. Resting at a campsite resets all the enemies you’ve killed, except for bosses. In other words, replenishing your health or upgrading your abilities means fending off against your opponents again, which can be a problem if you need to backtrack to a previous room. Choosing to skip the campsite and keep all of your salt means the enemies stay dead. For my playstyle, I always stayed at the camp but there were a handful of times when I took the risk to keep going just so I didn’t have to relive a few difficult areas.

It’s a very satisfying gameplay loop too. I loved exploring new areas and not really knowing where to go. Most 2D platformers give you a mark or destination to reach. Dandara, on the other hand, omits this and puts the freedom in your hands. It doesn’t hold your hand and it’s a better game because of that, forcing players to take in the world and formulate their own paths to the next boss. Sure, there’s a small hump to overcome in terms of accessibility, but after feeling it out for a bit, it’s wonderfully refreshing for a Metroidvania. 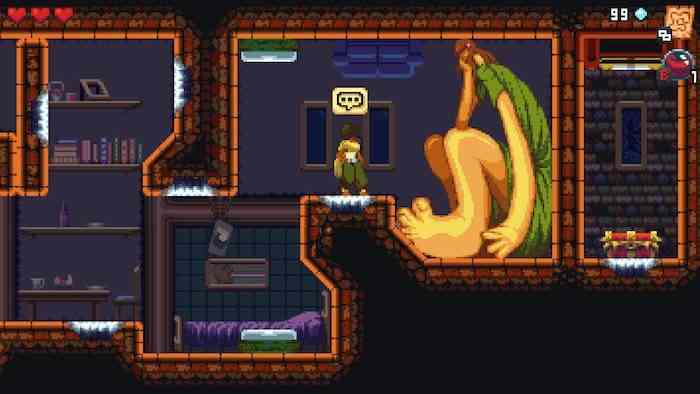 Whether you played the base game in 2018 or are just hearing about the game now, this new Trials of Fear Edition adds a bunch of new stuff to the original. There are new areas to explore, new powers to upgrade, a new boss to conquer, and all new music to listen to. Even better, the dev team Long Hat House is giving this stuff away for free which is a super nice gesture. This really does feel like a proper update too, which helps to flesh out parts of the story and world. Newcomers won’t notice it, but fans will for sure eat it up.

There’s not much to dislike about Dandara. It certainly could be more accessible for newbies but any gamer that’s played a Metroidvania before should have an idea of what to expect. What’s unexpected is the totally cool and trippy traversal system. It might take some time to get used to, but it’s very intuitive. Dandara’s sharp level design and enemy encounters are memorable in a genre that is starting to get overcrowded. The story isn’t anything to write home about, but Dandara makes up for it with fun and challenging gameplay. Regardless of your platform of choice, Dandara: Trials of Fear Edition needs to be your next game. 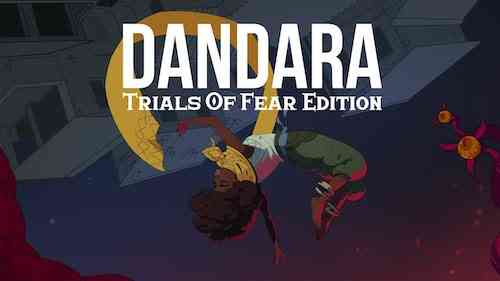