Up until recently, it has been quite a long time since we’ve been able to play Crytek’s popular franchise Crysis without wiping the dust off of our PS3 or Xbox 360’s. Sure, a remaster was released for the first game, but now fans can play the entire trilogy on their new favorite platform! As a long-time fan of the core trilogy myself this was a dream come true. As Crysis was ahead of its time when it was released, I was curious how well the Crysis Remastered Trilogy stacks up against the newer games a decade later. Is it still just as good? Let’s find out.

For anyone who isn’t familiar with Crysis (or in case anyone needs a refresher) it’s a Sci-Fi first-person shooter that follows a soldier and his team who are dropped into North Korea 2020 outfitted with a Nanosuits that offers superhuman abilities and strength. This group of soldiers are trying to complete a rescue mission, but quickly find themselves facing off against an alien force who are trying to invade the world called the Ceph, as well as the shady military C.E.L.L. Without spoiling much there’s a rather unfortunate series of events and things just don’t go your way. You’ll have to face off against both the Ceph and C.E.L.L. again in the next two titles, this time in New York. There are a lot of complexities throughout the franchise plot line but simply put, after unsuccessfully wiping out the Ceph in Crysis 2, Prophet is looking for revenge – to take out the Ceph leader – in the series finale.

The gameplay differs between each game and improves as the series goes on. Despite Crysis 2 and 3 featuring more linear gameplay, both have notable improvements over Crysis and overall are more enjoyable to play throughout. One of the biggest reasons is that while the original title lays a solid foundation for the next two games in the core trilogy, it feels a little too basic, a little too simple, all these years later. Don’t get me wrong, Crysis is still a good time. It’s still fun. And it’s a good introduction to a great franchise. The gameplay just isn’t nearly as smooth as the final two games in the core series.

Nanosuit is as Badass as Ever

Crysis relies on the stealth option of the Nanosuit; armor isn’t all that realistic of a choice, despite the freedom and open sandbox environment which puts its players in a box strategically. Crysis 2 and 3 feature much-needed Nanosuit upgrades and additional customizable options that are tuned to the different environments, offering more strategic options and creating more badass opportunities to take out the enemies. Even Nanovision is more sophisticated in Crysis 2 and 3, featuring thermal technology instead of night vision. And the Nanosuit visor offers scouting abilities to mark enemies and areas of interest. All of these improvements allow for more fun and fluid gameplay.

And then there’s the growing list of weapons available as the series plays on. The original features your typical list of guns – shotguns, SMGs, assault rifles – and some grenades. Crysis 2 adds some different types of weaponry, and then Crysis 3 builds on this by adding more Ceph weapons and the iconic Predator Bow. 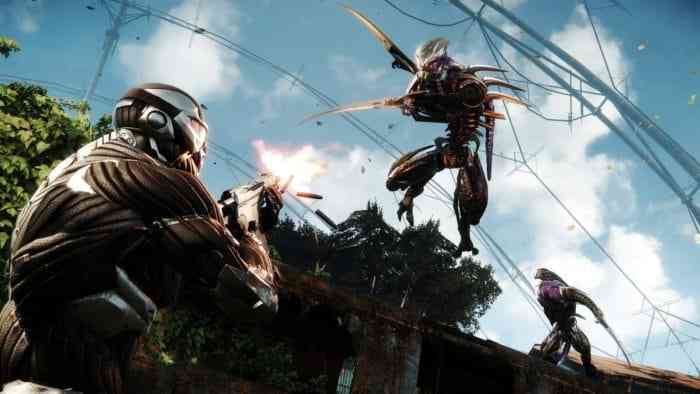 What’s interesting is that for a series that heavily relies on the shooting abilities the weapon handling isn’t great in the original Crysis game. It’s notably worse than the next two games. Gun movement, ADS speed, and aim assist all feel slow and disjointed. Trying to shoot enemies shouldn’t be frustrating but it is quite often here. Thankfully these issues are almost non-existent in Crysis 2 and 3. Gun handling and aiming are quick and smooth, especially with raised sensitivity.

There are some small bugs and glitches throughout, like enemies getting stuck halfway in trees or vehicles, and AI isn’t always consistent. Sometimes the enemies just don’t see you when they probably should and other times they’ll just run away in a direction that makes no sense. Then when you swear you’ve been super stealthy and have remained off their radar they’re shooting at you. Most of the time it’s fine, but there are moments that will leave you scratching your head – and that’s at all difficulty levels. There’s also some screen freezing that occurs at checkpoint saves. But at least on the Xbox One the frame rate remains consistent at 30 FPS throughout the entirety of all 3 campaigns.

The lack of multiplayer is disappointing but not detrimental. Can you imagine the fun we could have with the Nanosuit and futuristic weapons now? It would probably feel like a mix between Halo and Call of Duty. Sign me up. Maybe this is something that Saber Interactive and Crytek can consider adding to this remastered trilogy in the future. Either way there’s still a ton of hours to be spent here, about 10-15 per game. Even more so if you want to take your time finding all of the collectibles and earning all of the accolades.

Booting the Crysis series up was like I’d stepped through a time warp and oddly didn’t actually go back in time. Despite an overwhelming sense of nostalgia I didn’t feel like the graphics were struggling to compensate for the time gap. And that really is a huge accomplishment for Crytek and Saber Interactive. Yes, it’s a remaster, but wow are the graphics measurably improved here. And of course, it sounds just as great as it ever did. 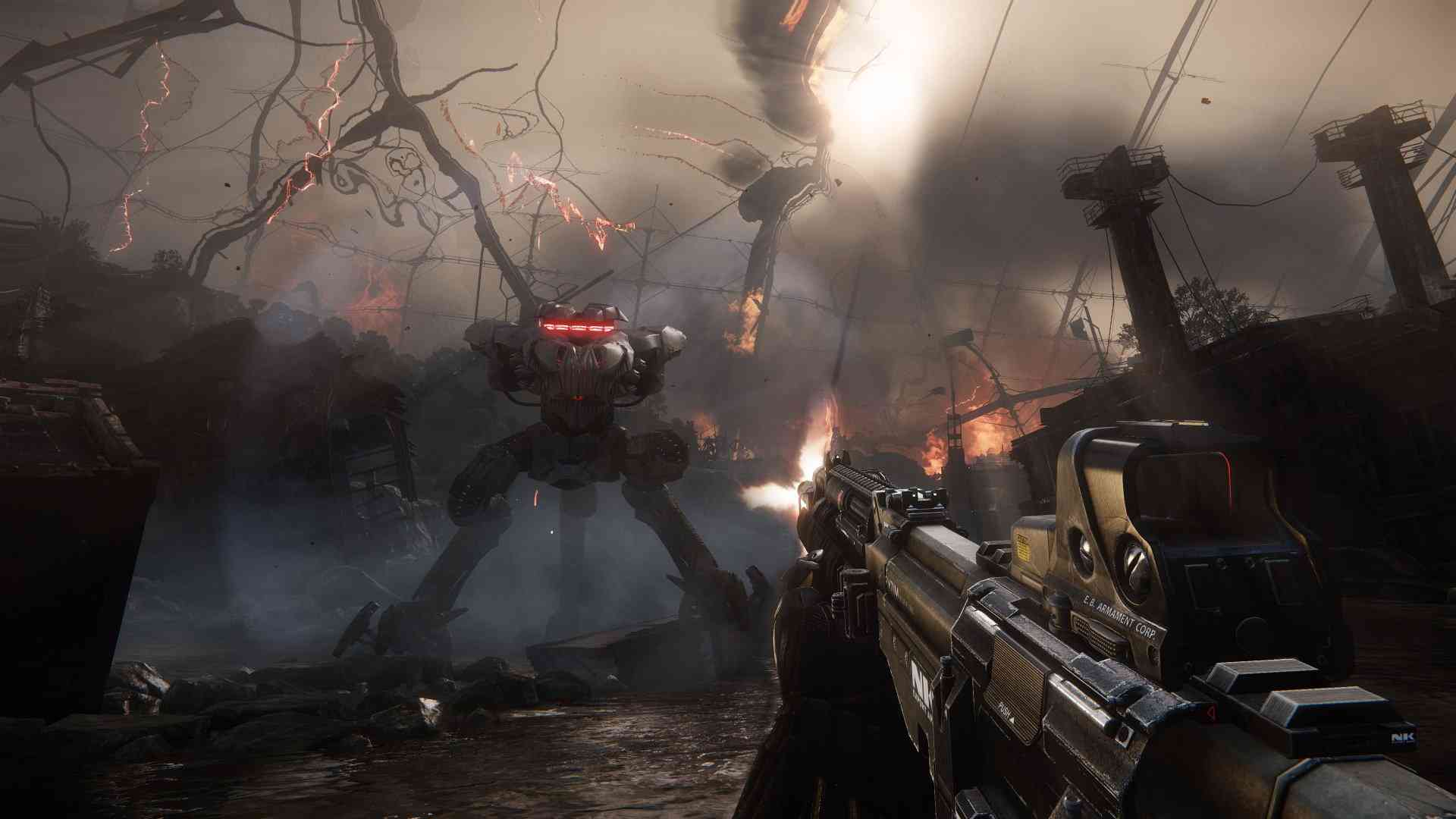 The graphics get better as the series moves on but the original game looks really good as well. The biggest differences between the games are in the facial animations and close-up shots. Crysis just isn’t as smooth. Crysis 2 is better than the original and Crysis 3 sees even more improvement. Nonetheless, each of the games in this remastered trilogy showcases a new and improved graphical prowess than when the games were originally released. Everything from the buildings, to vehicles, to your very own Nanosuit, are more detailed. Trees and bushes are more textured, and the vegetation and environments are more realistic. And that’s not all. Character models, shadows, weather, and lighting effects are also visibly better.

Even without a multiplayer component here it’s hard to dismiss the value of the Crysis Remastered Trilogy. For those who have already played these games there’s nothing new and spectacular that’s going to blow your mind. But if you want to jump into it once again, this time with better and more refined graphics, you won’t regret it. It may not be as good as the new-age titles but it’s certainly no longer living in the past. Now for anyone who hasn’t played this franchise this really feels like a no-brainer. Scoop up the Crysis Remastered Trilogy for just $49.99 and you’re going to have a fantastic time!

*** Xbox One game code provided by the publisher *** 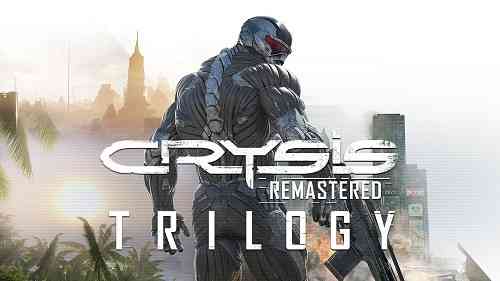