7Levels is a relatively new studio, with Castle of Heart being their debut title for the Nintendo Switch. Taking place in medieval times, you take the role of a knight on a quest to rescue his love-interest, only to get stoned (heh) in the process. He becomes struck with a curse that threatens to turn him to stone, but fortunately, this knight doesn’t roll over quite so easily. Across a wide variety of levels, you’ll continually stave off this curse, and hopefully, kick a little ass in the process.

Castle of Heart features 20 levels across 5 different areas, with you picking up all sorts of weapons in between to make your way to the sorcerer who cursed you in the first place. Throughout each stage, you constantly battle off draining health, or the “curse” taking over your character. This is offset by plenty of means to recover health, so it never really feels like an unfair mechanic. Instead, it is further augmented by you losing one of your arms when you hit a certain threshold, helping mix up the combat without feeling overly annoying. The mechanics behind Castle of Heart’s combat system make it simply a treat to play. It provides freedom, but it would have been a genuine treat had it had more polish. Encounters often devolved into melees just because of how much more enjoyable it was to use the various close combat options instead of trying any of the secondary weaponry. I wanted to find reasons to go out of my way to use secondary weapons, but never really felt the need to.

The mechanics behind Castle of Heart’s combat system make it simply a treat to play.

Sadly, Castle of Heart does have its shortcomings as well. The cursed knight handles like a car with three tires. Unresponsive movement and floaty jumping make this knight feel like he’s made of feathers, not stone, and I found myself falling to my death more often due to the less than desirable controls. Getting to each encounter and across each level felt like a real chore, and did take away from my overall enjoyment of the game. I feel like if 7Levels had given as much effort towards the overall controls as they did to the combat that the game as a whole would be much more enjoyable, but fortunately Castle of Heart still has a lot to like.

The sound design is another area that I had issues with though, and it also serves to take away from the game overall. The stages themselves have passable music, but the sound effects feel very uninspired. Bandits unintentionally sound humorous thanks to their mumbling, and weapons themselves sound dull as they connect with enemies or environmental items, taking away from the thrill of the combat itself. It’s unfair to expect AAA sound design from a small studio, but at the same time, it feels like they could have put more effort into delivering sounds and music that were a bit more bombastic to help highlight how much fun the combat is as a whole. 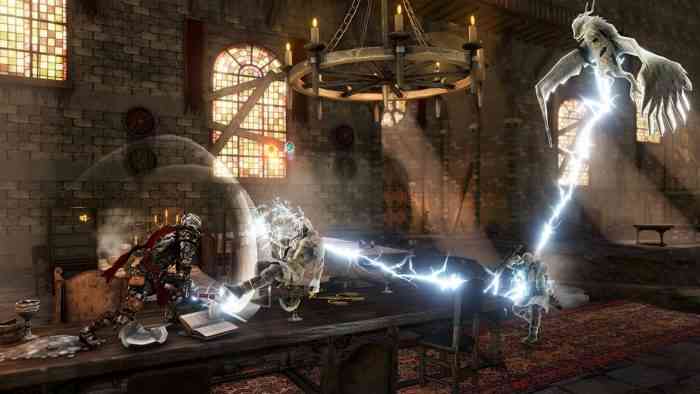 The quality of the audio and visual design feels very stark, as the game’s visuals are quite pleasing. Castle of Heart provides bright fields, foggy mountains, and massive castles and towns as the backdrops to each level and the game transitions well between docked and handheld mode, providing crisp visuals that easily convey what you’re supposed to focus on. The enemy design is also quite distinct, despite their poor sound effects, and you will find yourself facing off against all manner of enemies, from lowly cutthroat bandits to griffons, allowing you plenty of opportunities to test out the varied weaponry.

For an indie title, this is an extremely solid debut. The Switch as a whole is excellent for indie platforms, and Castle of Heart is a very welcome addition. It’s an ambitious title that hits a lot of the right notes, and 7Levels should be very pleased with what they ended up producing with this title. It’s an enjoyable side-scroller with very enjoyable combat, and there isn’t quite a title like it in the shop. For those aiming for their next difficult game fix, Castle of Heart can definitely scratch that itch. 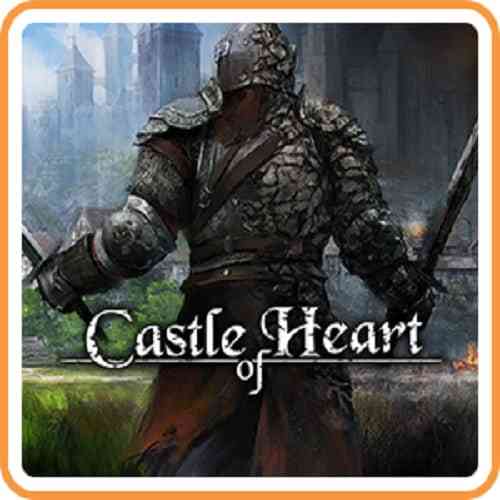