Unless you’ve been living under a rock you’ve likely played, or at least heard of, the Tomb Raider reboot that was released to consoles back in March of 2013. A franchise that was at great risk of drowning in mediocrity and fading away was given one more chance to come up for air and start fresh. The team at Square Enix and Crystal Dynamics managed to not only breathe new life into Lara Croft but also give the franchise legs to carry on even further. By all accounts it was one of the best games of 2013 diving into Lara Croft’s origin story and how she became the tomb raiding adventurer we all know and love.

Well, fast forward to nearly a year later and Lara is back with the Tomb Raider Definitive Edition. A next-gen upgrade of the same game meant to take advantage of all the next gen consoles have to offer. It includes all of the post-release DLC as well but as great as that sounds it unfortunately doesn’t stack up to much. You get one new tomb (which is far too short to be counted as anything significant), some new outfits and weapon attachments as well as some multiplayer content. As well you get some Kinect functionality but anything you can do with Kinect is much easier to do on the controller. They are all great additions no doubt but nothing to get too excited over. At the very least there’s no denying that Lara looks better than ever but does she look good enough to justify a full $60 price tag if you’ve already played the original? 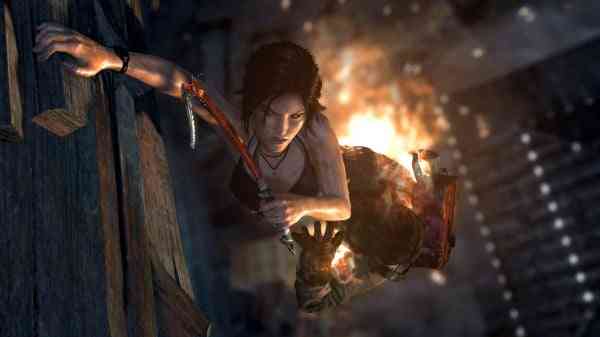 When I picked up Tomb raider last year I have to admit I was floored. It was easily my game of the year and I couldn’t put it down until I had ventured into every nook and cranny it had to offer. It was jaw droppingly gorgeous and this re-imagining of Lara was an absolute joy to take in. From a shipwrecked girl not knowing what to do next you see Lara develop (albeit a little too quickly I found) into a badass and battle hardened killer. At the end of it all it’s easy to see that the foundation has been laid to continue this franchise on for a great deal longer. In the Definitive Edition all of the things I appreciated the first round have been elevated to beyond stunning in glorious 1080p. The detail given to Lara herself is impressive no doubt. You see blood and sweat roll down her skin as dying sunlight reflects off of every bead and the funny thing is that when I played this for 360 I swear to you I thought it was one of the best looking games I’d ever seen.

In the Definitive Edition it’s all about the extra attention to detail. The vaunted TressFX that PC gamers marveled over the first time around is just as good on the console now as it was on a high end PC before. Each strand of hair reacting to in game physics all on its own gives a much more natural feeling to the game. Not only that you’ll notice that things such as Lara’s bow and quiver or her climbing axe moving much more realistically as she makes her way around Yamatai. Lara’s axe will sway with the gravity as she jumps from hand hold to hand hold and the arrows in her quiver will jostle left to right as she runs. As I said, it’s all about the attention to detail and it makes a great game even better. Environments get an overhaul as well and as I switched back and forth from my 360 version to my Xbox One version for comparison the differences are indeed drastic.

It’s all well and good that the graphics get a major overhaul but in the long run the gameplay and great storyline are what really holds Tomb Raider together. Definitive Edition or not the story is the same and it more than stacks up. Lara’s origin story is a gripping one and is crafted in such a way that you’ll have a hard time putting your controller down. If you’re like me and you have a weird nerd-crush on Lara you’ll keep playing just to hear her talk (Don’t you dare judge me. In a world that has accepted Bronies I think it’s perfectly fine to crush on Lara Croft). On a personal level I enjoyed the story so much that when the end credits rolled it felt far too short and I was desperate for more. Tomb Raider 2 can’t come soon enough. 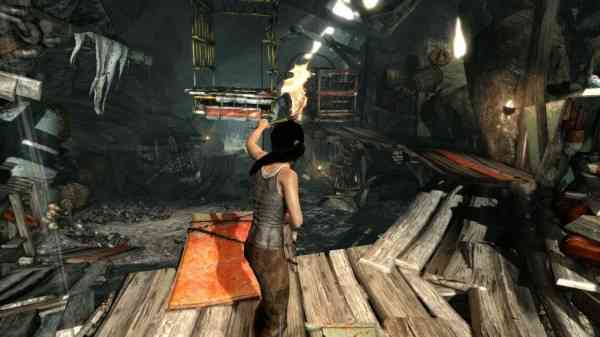 It’s tough to approach a review like this with an open mind on how to actually grade it. Do you base your score on how the improvements alone stack up or take in the game as a whole regardless of the fact it was released already? I chose to go with the latter because even though the visual upgrade doesn’t add that much to the pot in the grand scheme of things and the extra content isn’t anything to write home about there is no denying that this is one hell of a game. Regardless of platform whether you’re playing the original on your trusty Xbox 360 or the Definitive Edition on your shiny new Xbox One the game stands tall as one of the best thrill rides gaming has to offer.

The amount of work put into offering next-gen consoles an upgraded Lara Croft makes the Definitive Edition much more than a simple cash grab. One of the pinnacles of last-gen gaming is presented as one of the best looking games on offer for your new console if not one of the best looking games you’ve ever seen, period. Perhaps not worth the full price tag if you’ve already played it there is no doubt that if you missed it on round one that it’s better than ever now and worth every penny.

Next ZEN Pinball 2 (PS4) Review – All The Pinball Your Flippers Can Handle
Previous The Walking Dead: Season Two Episode 1 – All That Remains (PC) Review – Telltale Nails It, Yet Again!